Why is it such a mess?

Regardless of which political party you affiliate with, most of us can agree that politics is a mess. This is especially true in relation to healthcare. What one party thinks will work, the other party opposes it. This opposition seems to be just because the first party suggested it and not concerned with whether the idea will be beneficial or not. The problem with this way of thinking is that our health and healthcare system suffer. How bad is the healthcare system in America? How is it influenced by politics? What should we be demanding of our politicians? 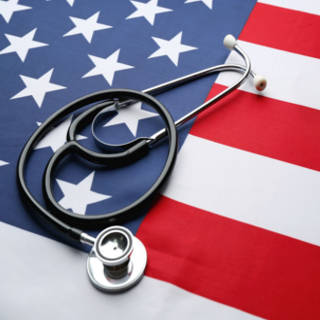 Any person that you talk to would agree that no one should have to worry if they have access to affordable healthcare. Unfortunately, many people live in fear that a job change, prior illness, cost of medication, generosity of their insurance company or who wins the next election will affect their accessibility significantly. When you consider that the United States spends more on healthcare than any other country, the idea that Americans should be concerned about access to healthcare is absurd. Also, one would think that with spending so much money we should at least be getting great health results, but that is not the case. It is thought that 75% of healthcare spending is used to treat chronic conditions that are preventable. The health insurance companies have no incentive to prevent them because it is not profitable for them to insure sick people and people are likely to change insurers every few years or go on Medicaid. Since sick people, especially those with chronic conditions, use the healthcare system more than those who aren’t sick, the insurance companies don’t like insuring them because them have to pay more for these individuals that they are making in premiums, so they are losing money. Since people are less likely to stick with one insurance company, many insurance companies don’t feel compelled to provide care that will keep people healthy for the long term. The exorbitant cost of healthcare is due in part to the fact that providers (doctors and hospitals) charge as much as possible for their services because they know, most often, insurance companies are the ones paying the bill. This causes thee cost of healthcare to rise faster than inflation every year.

It is estimated that 50% of national yearly healthcare costs come from a twentieth of the population and 80% of these costs are from caring for a fifth of the population. We know that about 58 million people do not have access to basic primary care and about 28 million Americans do not have health insurance. Unfortunately, these are the people bear the brunt of the suffering. Typically, they wait until their condition is severe enough that they require treatment from a hospital due to the lack of access to primary care services. With this comes expensive medical bills and since they couldn’t afford to pay for primary care services out-of-pocket, they certainly can’t afford to pay hospital bills. This only makes their financial situation worse. Also, if they ever have the opportunity to gain insurance and insurance companies are allowed to not cover pre-existing conditions, then any illness that arises from a previous condition isn’t covered. This leads to more medical expenses that the individual most likely can’t afford. So, our system of a national, for-profit, multi-payer, private insurance companies set up the most vulnerable Americans for failure. Our health insurance system is unlike any other in the “developed” world. In 2014, it is approximated that 16.3 million people ended up in poverty and another 4 million ended up in extreme poverty due to medical expenses. The current health insurance system has been in place for about 50 years and has definitely not been able to appropriately address the health coverage needs of the American people. It is arranged in a way that implies that the problems of the people are “nobody’s problem.” The blame is constantly being passed back and forth. When it comes to people’s health, this is unacceptable.

Since the current health insurance system isn’t working and the health of millions of Americans is suffering, it is time for a change. Over half of the population can agree that the federal government should be responsible for making sure that all Americans have access to healthcare coverage. This isn’t a new concept. During the second Bush administration, the number of people that supported this was 60%. Regrettably, due to the opposition to the Affordable Care Act (ACA), this number dropped dramatically during the Obama administration. Due to recent political activity and the likelihood of many Americans losing health insurance coverage because of changes to ACA, the number is back up to 56%. In 2010, 16.3% of Americans didn’t have health insurance; however, by 2017, only 9% of Americans didn’t. This means about 20 million people were able to gain access to health insurance from ACA being in place. The national average for premiums also improved. Every year before 2010, premiums increased by over 10% a year; whereas, in 2016, it only increased by 6%. By no means is ACA perfect, but it definitely improved access to healthcare. Rather than trying to remove it, we should be looking at ways to enhance it.

Given the support from the American people for better, affordable access to healthcare for everyone and that the current system is definitely not working, the solution is to look towards a new option. A federally control, single-payer, publicly owned/funded health insurance system would be far better than what we currently have. It can be constructed via legislature that everyone is covered in full. Since it would be representing over 300 million people, it could be a very effective way to negotiate for better prices of services while ensuring the fair reimbursement of providers. Providing care that promotes long term health would be of best interest of the entire country and that is something the federal government should be supporting. If the federal government is bearing the cost of providing this care and accepting the risks/cost of not providing this care, then it becomes a tool that helps to deliver health justice. Health justice shouldn’t be just focused on health insurance, but on safe/affordable housing, access to healthy food, needle exchange programs, mental health/substance abuse therapy, reproductive health (supporting abortion or IVF/adoption) and our impact on the environment. All of these affect our health, so all of them should be addressed as healthcare issues.

When it comes to making policy choices related to healthcare, the decisions can determine who lives or dies. This is why health justice is so critical. Unfortunately, we are talking about reforming an 18% portion of our national economy, which is definitely not a small feat and is inherently political. With Republicans focused on trying to remove ACA completely without any real solution as far as replacement and the Democrats focused on saving it at all costs, we are getting nowhere fast. Meanwhile, we still have 28 million Americans without health insurance and a large volume more who have insurance but can’t afford to go to the doctor. We need to demand from our politicians that they set aside party lines and work together to create a better solution for everyone. There has been recent speculation the Republican leaders in the Senate are waiting to provide much need funding and aid for the opioid epidemic until we are closer to the November election in order to gain support. These politicians should be ashamed of themselves for not valuing human life enough to place it ahead of their political gain. This type of behavior has to stop and we, the American people, need to take a stand demanding that it does.

Fixing our healthcare system needs to be the top priority. Everyone is concerned about jobs, trade wars, taxes, protecting our country from outside enemies and numerous other things, none of these things matter if we don’t place the health of the American people first. If you’re too sick to go to work, it won’t matter that there are more jobs available. If you can’t go to your job, you don’t have money to buy things, so the price of products doesn’t matter. If you don’t have an income, you won’t need to worry about a tax rebate. In order to protect our country, we need individuals who are healthy enough to serve our country. This is why every person should have access to affordable healthcare. It is time for us to stand together as a collective voice and demand that our politicians listen and do something that actually benefits the health of the American people.