What is the latest plan?

The latest plan in the healthcare reform process has arrived…it isn’t a good one. This one is titled the Graham-Cassidy Plan after Senators Lindsey Graham and Bill Cassidy who originated this version. When comparing this one to the other plans, it is by far the worst. The other proposed plans are definitely not a solution to the issues our country has with healthcare insurance costs and coverage, as we outlined in our previous article about the healthcare repeal, but compared to the Graham-Cassidy plan, the initial plans basically created a poorly funded version of the Affordable Care Act (ACA or Obamacare). The Graham-Cassidy plan decimates completely. What are the changes they propose? What impact would it have on Americans? 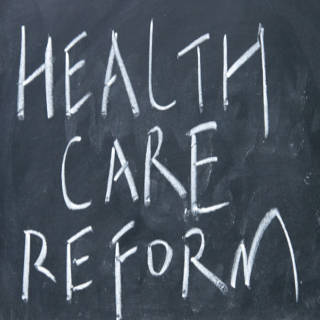 First, according to Graham-Cassidy, it is unfair that under the current law, some states received more federal funding to help cover the cost of health insurance than others. They are forgetting to mention that all states were offered the same opportunity and access to additional funds, but many of the governors of the states currently getting less funding refused it when it was available. Their plan takes money from states that put the effort into getting their residents covered under ACA (either via Medicaid expansion or enrollment through the marketplace) and gives it to the states who did not do that. This plan would definitely benefit the states that did not expand their healthcare coverage, including Cassidy’s home state of Louisiana, but at a cost to the states who did. In any regard, the current expansion of Medicaid and the mandate that middle-income Americans receive financial help to pay for insurance would be eliminated by 2020. Instead, they are suggesting putting all of this money, about $1.8 trillion according to the Congressional Budget Office (CBO), together and using a new, complex formula to distribute it to all the states equally in the forms of block grants. They say that this is in effort to equalize healthcare funding. Once again, it penalizes the states that expanded their Medicare and those that worked with their residents to get them signed up in marketplace coverage (the more residents that are signed up, the more tax credits the state receives). These credits would be eliminated under the new plan. Also, there would be no mandates on what the states should use the blocked grants for, which means it could be spent on a bunch of other services that doesn’t include expanding insurance coverage. In just two years’ time, each state would have to come up with their version of healthcare insurance structure and since there is no model to follow, it could vary widely causing a significant amount of people could be left without health insurance. The block grants mean that each state would get a fixed amount of money each year regardless of the number of participants in the program. Out of all of the proposed plans to date, the Graham-Cassidy plan is the only one that shows cutting funding for states that have done a good job at getting their residents covered. A noteworthy piece of information in relation to funding is that the money set aside for their healthcare plan is temporary and disappears completely after 2027. This means that the situation of more people not being insured will only get worse.

The Graham-Cassidy plan also gets rid of the individual mandate. This means that people would not be required to have health insurance. The problem this creates is that healthier people will not sign up for insurance. So, you would only have people who are sicker and will most likely use health care signing up. This causes the insurance companies to have to pay out more for services than they take in from premiums, therefore, they will need to raise their prices to cover costs and make it even more unaffordable. Also, with getting rid of the subsides to help people pay for coverage this will only aggravate the problem since less people, who are more likely to be healthy, will be able to afford to buy insurance. In addition to getting rid of the individual mandates, the Graham-Cassidy plan also allows insurance companies to charge people with pre-existing conditions higher premiums based on their health status or medical history. Also, the plan repeals the penalties for large employers that fail to offer affordable health insurance to their employees.

The plan provides certain provisions for certain populations in certain states. For Native Americans and Alaska Natives enrolled in Medicaid expansion prior to 2020, they could continue to be eligible after that point. Alaska would also receive a 25% boost in federal matching funds for Medicaid due to its defined high level of poverty. In addition, Alaska would be eligible for a $500 million pot of money for states that have been granted a certain type of federal waiver. The only other state to meet this criteria is Hawaii. This part of the plan is most likely aimed at the senators of Alaska, who expressed concern about their residents would fare in the Graham-Cassidy plan, in hopes of gaining their votes to pass the bill.

The CBO has not had time to do a full examination of the Graham-Cassidy plan and are saying they will need several weeks to do so. The Republican senators supporting this plan do not want to wait for that before proceeding to a vote because they would like to pass the bill before September 30th. The reasoning behind this is that they would only need a party-line majority vote (50) in order to pass it. After September 30th, they will need 60 votes. There are currently 52 Republican senators and two of them (John McCain and Rand Paul) have already said that they could not support the bill because it doesn’t have support from both sides and it has not gone through the normal process of committee markups, hearings and debates. There are several other Republican senators leaning toward not voting for the Graham-Cassidy plan. Thus, it is most likely not going to pass. However, there is a strong push to make it pass because the Republican senators feel that this is their last hope at repealing ACA. As much as they say it is about returning power to the states or construction a better health care system, it’s not.

There is no question that our current system needs improvement. This does not mean that we need to throw it all out and start over. There are some good points that have occurred under the Affordable Care Act and there are things that should be fixed. Rather than trying to reinvent the wheel because they are opposed to ACA, they should be focusing on improving what we already have in place to make it more efficient and provide better coverage for all states without putting the country further in debt.