When you turn the TV on, there are several commercials that are encouraging Baby Boomers to get tested for Hepatitis C. What is Hep C? If you’re a Baby Boomer, why should you be concerned? 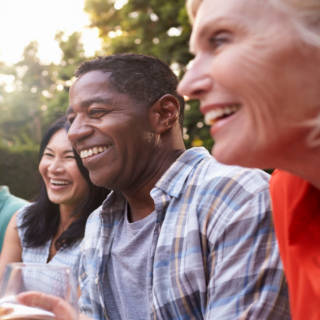 Did you know that if you’re a Baby Boomer, you’re five times more likely to have hepatitis C than any other group of people? According to the American Journal of Preventive Medicine, baby boomers are those that are born between 1945 and 1965 make up 80% of all chronic hepatitis C cases in the United States. While researchers haven’t been able to get it down to one single reason why this generation is at a higher risk for hepatitis C, it’s most likely the result of unsafe medical procedures at the time they were born. This is because in the past, there wasn’t a protocol or screening method to check if the blood supply was virus-free and glass/metal syringes were commonly reused. Even though the virus can be spread through the sharing of needles or equipment used to prepare or inject drugs (even only once), most baby boomers were far too young to knowingly engage in risky behaviors of the era.

Hepatitis C, like all the other types of hepatitis, affects the liver. The liver plays several roles within your body. Some of its jobs include processing blood and filtering toxins from your body, producing proteins, important blood components and bile, and storing glucose and vitamins. Hepatitis C causes inflammation that interrupts the liver’s ability to perform these vital functions. The hepatitis C virus has two stages: acute and chronic. The acute stage occurs within six months of being exposed to the virus and for some individuals, this is a short-term illness. Unfortunately, about 75 – 80% of people will develop chronic hepatitis C, which means it can be lifelong condition. When a chronic infection occurs, it can cause a variety of problems. Cirrhosis, or scarring of the liver can result in a decrease in the liver’s ability to produce bile. Poor bile production can make it difficult and uncomfortable to digest fatty foods. When damaged, the liver doesn’t produce enough albumin, a substance that regulates the amount of fluid in cells, so the fluid can leak into your abdomen, which results in your abdomen swelling causing pressure. In addition, when your liver doesn’t filter toxins from the blood, it can damage the central nervous system, which can cause a buildup of toxins in the brain leading to confusion, forgetfulness, poor concentration and personality changes. If not corrected, it can cause abnormal shaking, agitation, disorientation, slurred speech and coma. The liver also makes proteins needed for healthy blood and helps to regulate blood clotting. So, if it’s not functioning correctly, it’s unable to properly absorb, transport and store iron, which results in anemia. Bilirubin is a substance that comes from the breakdown of hemoglobin from old red blood cells. When the liver isn’t functioning, bilirubin builds up and results in jaundice (yellowing of the skin and the whites of the eyes). The liver also helps to regulate hormones. One of the most important ones is insulin, which directs how sugar is used in the body. If the liver is unable to regulate this appropriately, the body can’t control sugar levels, which can lead to type 2 diabetes.

The reason the number of people who develop chronic hepatitis C is so high is because a person can carry the virus for a long time before it starts to cause symptoms. While you can begin to show symptoms one and three months after being infected, most people go years before the first symptoms appear. Symptoms can include yellowing skin and eyes, dark urine, light-colored stool, nausea, vomiting, abdominal pain/discomfort, loss of appetite and extreme fatigue. This delay in symptom onset makes it very difficult to determine when or how the infection occurred. Also due to the delay, a large number of people don’t know they have the virus. The Center for Disease Control and Prevention (CDC) estimates that there could be as many as 3.9 million people in the United States who have the chronic form of hepatitis C. According to the World Health Organization (WHO), there are over 70 million people who are affected worldwide. Also, according to the WHO, people with chronic hepatitis C have a 15-30% chance of developing cirrhosis of the liver within 20 years. In addition, it estimates that 350,000 to 500,000 people die from hepatitis C-related complications every year.

The CDC states that around one-third of injectable drug users between the ages of 18–30 have hepatitis C. Unfortunately, this number rises to 70–90 percent in older and former users. This means that most new hepatitis C infections are linked to drug use and this statistic has created a stigma around the disease that drug use is the main reason people have it. This might be why baby boomers are hesitant to get tested. Besides delaying people getting tested, the effects of the stigma can affect self-esteem and quality of life because when people delay getting tested, they receive treatment later, so the risk of complications increases. The longer a person goes undiagnosed, the more likely they’ll experience serious health complications or require a liver transplant.

In 1998, the CDC set forth testing guidelines for hepatitis C based on the presence of certain risk factors. These risk factors include receipt of blood transfusions before to 1992 (when screening of blood donations began), receipt of clotting factors before 1987, hemodialysis (a process that filters the blood when the kidneys are not working properly) and injection drug use. A simple blood test shows whether your blood has hepatitis C antibodies. If antibodies are present, you receive a positive result. This doesn’t mean the virus is active, but that you were infected at some point in the past. Hepatitis C antibodies always remain in the blood once a person has been infected, even if their body has cleared the virus.

While there is no vaccine for hepatitis C, the odds for successful treatment have improved significantly. The key is getting diagnosed early. This is why getting tested is so critical. Many people don’t realize the success of current treatment practices because, in the 1980s, only 6% of people who had hepatitis C were cured. However, the current cure rate is around 90–100%. Unfortunately, treatments in the past were more complicated and consisted of months-long treatment protocols that involved painful injections and had low success rates. The current treatment involves taking a pill that is a combination of several medications for 12 weeks. Once the treatment is finished, many people are considered cured. If you do have hepatitis C, you can decrease the chances of transmitting it to others by keeping cuts and scrapes covered, not sharing personal items (ex. toothbrush or nail clippers), not donating blood or semen and telling all your healthcare providers that you have hepatitis C before they treat you.

Hepatitis C no longer needs to be considered a death sentence. The most important thing is getting treatment soon rather than later and this involves getting tested before you have any symptoms. So, if you are a baby boomer or have any of the risk factors for developing hepatitis C, don’t wait. Instead, get tested to have peace of mind or get treated and cured.