How does it impact healthcare?

All of the recent discussions about immigration, deportation and travel bans brings forth many questions. For most people, they are concerned about themselves or family members being deported or family members not being allowed to come to the United States because they are from one of the countries that is included in the proposed travel ban. There is no question that both of these concerns are valid. However, an area that we should be thinking about in relation to immigration is healthcare. What impact does immigration have on healthcare? What would happen if we changed our current laws to the proposed ones? 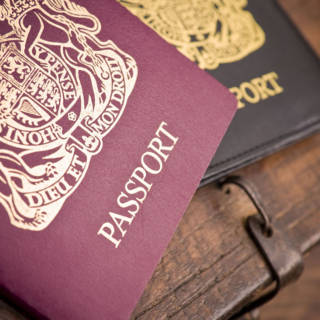 Immigration is something that affects all of us, whether we realize it or not. Most of us would not be in the United States if our ancestors had not immigrated. Our country is founded on immigration. When you look at the plaque on the pedestal of the Statue of Liberty, you can see role immigration plays as a core value of America. The words, which come from the poem “The New Colossus” by Emma Lazarus, are as follows: “Give me your tired, your poor, your huddled masses yearning to breathe free. The wretched refuse of you teeming shore. Send these, the homeless, tempest-tossed to me, I lift my lamp beside the golden door!” So, the idea of deporting people who have immigrated here or banning others from coming is absurd. Besides these policies being against everything that America stands for, the impact these will have is far-reaching and will cause significant issues in the economy and the ability of many industries to function.

In order to understand the influence immigration has in the United States, we need to look at it more in-depth. As of 2016, our population was 323.1 million people with 43.7 million people being immigrants, which comes out to about 13% of population. Of the number of immigrants, about 11 million are undocumented and 80% of these are in the workforce. It is thought that about 7.2 million immigrant adults have college degrees and about 23% of these people are either un- or under-employed in low wage jobs. There are several reasons for this, but the most common is that the standards of practice from these individuals’ home countries vary from those here in the United States, so unless they redo all of their training in US based schools or find some way to meet the difference in standards, they are unable to use their college degrees. This forces them to find some other kind of work. Most of the jobs that immigrants pursue are those that require minimal education/training. This is often because they are trying to find a way to support themselves or their families and don’t have the financial means to get the training they need to be able to use their college degrees (for those who have them) and for those who don’t, this is all that is available to them. The reason that these jobs are available is that Americans don’t want them because they offer low wages and no health insurance coverage. What influence does this have on healthcare?

One of these of these low wage/no health insurance jobs is that of home health caregivers. In 2010, there were about 3.4 million home health care workers in the United States and the number was expected to rise to 4.3 million by this year. This increase is because of the aging Baby Boomer population. In May 2014, the US Census Bureau estimated the population of people 65 and older was around 55 million and it is projected to increase 27% to 76 million by 2050. Also in 2014, the American Association of Retired Persons stated that an American turns 65 every 8 seconds. This means that our need for home health care workers is only going to increase. Immigrants make up 28% of home healthcare workforce and it is estimated that up to 20% of these, mainly women, are undocumented. It is hard to get an accurate number since in some cases people set up arrangements with individuals rather than using a home health company. Home health isn’t the only area of healthcare that will be affected if these new laws are put into place. The American Medical Association approximates that the United States will be short 90,000 physicians by 2025. This number will only increase if foreign-born and trained physicians are prohibited from entering our country. Currently, International Medical Graduates (IMGs) comprise about 27% of our physician workforce. There are special visas that are currently in place to allow a physician trained in another country to come here and complete their residencies. Once they are finished with their residencies, there is a different visa that allows them to remain in our country for a period of time as long as they are willing to serve in areas where there are shortages of physicians, such as rural or inner-city areas. These shortages are directly the result of US born/trained physicians not wanting to practice in those areas. Another component is that US born/trained physicians do not pursue certain types of residencies, like internal medicine, pediatrics or family medicine, which leaves these a large number of vacancies with no doctors to fill them. Foreign-born/trained physicians are much more likely to undertake residencies in these disciplines, which helps decrease the shortages considerably. The same holds true for the nursing profession. It is estimated that the United States will need 1 million new and replacement nurses by 2022. About 15% of registered nurses are foreign-born/trained and, most often, they work in hospital settings. Give how many more nurses we are going to need, there is a great opportunity to improve upon this. Immigrants fill much needed healthcare jobs and this will only increase as the American population continues to age. Instead of turning people away, we need to do a better job of convincing people to come and fulfill our ever growing need for individuals in the healthcare setting.

In addition to the healthcare field, immigration effects the use of healthcare in the United States notably. American citizens are not the only ones who are aging. It is estimated that 10% of undocumented immigrants are over the age of 55. Since they don’t have health insurance and are ineligible for Medicaid or Medicare, this presents a unique challenge that needs to be addressed. Due to their lack of insurance and the expensiveness of healthcare, they forgo preventive care and only seek treatment when a chronic condition becomes out of control. This results in them seeking treatment from hospitals and it is much more expensive to fix a problem than it is to prevent/maintain condition. They’re inability to pay their medical bills because they don’t have insurance and having low income results in their bills going unpaid. Since hospitals need to recoup their losses, this expense gets passed on to those of us who have insurance by hospitals raising their prices for services, which in turn causes insurance companies to raise the prices we pay.

Since most immigrants are a vital part of our workforce and not having them here would cause huge economic impacts in a variety of sectors, we should be finding a way to help them become American citizens, increase their wages (so they can afford to pay for preventive medical care) and provide health benefits to defray the cost evenly among everyone. For individuals who have college degrees that would allow them to work in a professional capacity, we need to make it easier for them to achieve this by standardizing practice throughout our country and across the globe with a special focus on the areas where the majority of these individuals come from. This means the federal government needs to set in place a way for legally residing immigrants who are internationally trained health professionals but are currently not working in healthcare a way to transition back into healthcare so we can meet the growing demand for healthcare professionals. We need to legalize undocumented immigrants who are home healthcare workers that are currently residing in the United States and meet the criteria for citizenship. In order to increase the number of home healthcare workers, we should look at creating a special temporary visa for individuals who are coming here to fulfill this growing need. It should also take into consideration allowing the temporary visa to become permanent visa after a specified time period and certain criteria is met. These same measures should be in place to encourage individuals who are currently, or interested in becoming, physicians or nurses to help with shortages in these areas.

By helping immigrants, legal and undocumented, become citizens we can have a better future as a country. Having more health professionals is vital to treating our aging population. Increasing the number of immigrants who become citizens and, therefore, have access to better paying jobs and health insurance will help to lead to this. Rather than blocking people from entering or deporting people who already are in our country, we should be looking towards the future and finding the best way to address immigration through better policy that will lead to more people being accepted as citizens.