Is there a negative correlation?

It seems like it doesn’t matter what you do, but politics are everywhere—TV, social media or talking to friends and family. With the 2020 election and impeachment hearings, the information is nonstop. This leads to information overload and has caused many people to feel stressed out and anxious. Just how bad is this for your health? What can you do to decrease the mental exhaustion that the continuous news about political causes? 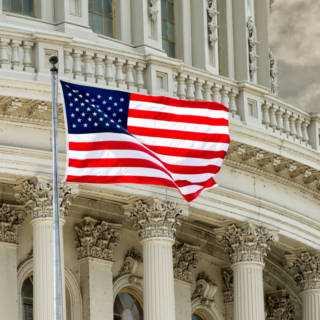 It’s our privilege and right to be able to help shape the country’s future every 4 years by casting our vote for who we want as our next president. The key thing to making an informed decision is to keep yourself up-to-date of each candidate’s position. This typically means reading articles, listening to the news, watching debates and paying some attention to all the advertisements. In years past, this usually kicked into high gear once there was a single candidate for each party. However, in recent years as the political climate has become increasingly hostile resulting in more and more people joining the primary process, the need to stay informed feels like it starts earlier and earlier. This is why it’s no surprise that people feel like they’re inundated with information leading to them being stressed by the entire situation. Thanks to the hyperconnected society we live in we can’t escape it, which only adds to the stress. As a result of all of the stress, a good portion of us are suffering some pretty negative consequences. The idea that politics is a main source of public anxiety is not new. Several surveys done since the 2016 election show that politics isn’t only stressing people out, but harming their mental health and relationships. One report found that the 2016 election experience caused some people to have symptoms typical of post-traumatic stress disorder. This was particularly noticeable among college students. The report also found during and after the election period, Baby Boomers and older adults had lower stress levels than their younger Gen X, Gen Z and millennial peers. The unfortunate thing is the 2020 election season is causing even more stress than the 2016 election.

The American Psychological Association (APA) completed its 13th annual “Stress in America” survey between August 1st and September 3rd this past year. The survey included 3,617 Americans and found that concerns, like “work” and “money,” remain constant, but sociocultural issues, such as mass shootings, access to health care and the 2020 presidential election, cause the most stress for Americans. Other stressful topics included climate change, immigration, national security and abortion. Mental health experts have been worried for the past few years about the increase in anxiety over these issues. Among the people surveyed, 56% indicated that the 2020 election is already a “significant stressor.” The CEO of the APA, Arthur C. Evans Jr., PhD, was surprised at the number of people who said they were already feeling stressed about the 2020 election because, at the time of the survey, we were more than a year out from the election. Since these are the topics that matter to the American people, the media covers them almost relentless because people will watch it and they can sell advertising dollars. None of which helps with the anxiety and stress we feel. The APA survey found 54% of respondents said they “want to stay informed,” so they keep up with the news cycle, but that they found the news to be stressful. As a result of this, 39% of those surveyed said they have reduced their news consumption in the past year. This stress related to the country’s future seems to be the trend. The 2017 APA survey found that 66% of Americans were stressed over the future of our nation, 57% were stressed by the current political climate and 60% thought the country was at its lowest point in history.

A different study done by scientists at the University of Nebraska looked at how people how engaged in politics and its affect on their lives, health and well-being. The survey was done online and included 800 people from across the country. Almost 40% said that politics was a cause of stress in their lives, around 20% reported losing sleep, feeling fatigued or being depressed because of it and 12% said that their physical health was affected. Between 10% – 30% felt that politics took an emotional toll on them and caused feelings of anger, frustration, hate or guilt. Over 29% reported losing their temper because of politics. The respondents also stated that it caused them to make comments they later regretted. About 20% relayed that politics had damaged friendships, 16% said that it has made their home life less pleasant and almost 27% felt politics has led them to hate some people. About 26% said they have become depressed when their preferred candidate lost and 4% said that it had made them feel suicidal. The researchers found that respondents who were more likely to report negative consequences were younger, unemployed, more likely to be liberal, discussed politics frequently and more likely to participate in politics. The researchers did wonder if the stress from politics is a result of the current presidency in particular or if the people who are most stressed by politics are those opposed to the party in power at any given point. Since there isn’t any prior data, the only way to figure this out is to wait for the political environment to change and do another survey.

Despite it being commonplace, many people don’t know how to deal with all of this stress. Since stress can cause both physical and emotional symptoms, such as headaches, stomachaches, feeling nervous or feeling anxious, it can make living every day challenging. Many health experts point out that while these symptoms might seem minor, they can lead negative effects on your health when they continue over a long period of time, such as increase your risk for a heart attack, stroke and depression. Even if you aren’t directly affected by one of these issues, being exposed to it with the frequency and hostility that we are can still cause stress.

In order to reduce your stress level that is related to politics, there are somethings that you can do. According to the APA, the first step is to limit how much information you expose yourself to. This means turn off your phone, computer and TV. Find something else to do, such as going outside or hanging out with friends. Avoid discussions about politics if you think it will result in conflict. When you do engage in consuming political information or talking with other, do it in a way that allows you to have just enough information to be informed and know that not everyone will agree with you, which is okay. Don’t personalize someone else’s political views. Remember, each one of us has a right to our opinion and to exercise that opinion at the polls. That’s what democracy is all about. It’s also essential to recognize that all the stress and anxiety isn’t productive, so channel this energy into making a positive difference on issues you care about, which can mean becoming politically active. One way to do this is to vote. Also, helping others or doing something that makes you feel productive are beneficial. Another important thing is taking care of your body, which means getting enough sleep, eating healthy, exercising and making time for things that will help you relax. All of these will help your body to be more resilient to the effects of stress. If you’re still feeling stressed, talking to a mental health professional is a good idea.

When it comes to democracy, it’s essential that people want to be and are engaged in the process. Politics, and elections in particular, are supposed to be about solving public problems, not fueling them. However, when politicians talk critically about parts of our society in order to gain political ground, it makes people in those areas feel targeted and isolated. On top of this, we live in an unending cycle of outrage due to the bombardment of information, typically negative, that we receive each day. This causes us to feel stressed and physically ill. By living under these conditions, it weakens our ability to take action and change outcomes on the issues we care about. It’s getting to the point where people are feeling so negatively impacted by the political discourse that they’re disengaged from politics, which isn’t good for the future of our country. This is why is crucial to realize that your reaction to what’s happening is very much in your control. The most important thing to remember is that despite whatever happens on Election Day, life will go on.