Should you or shouldn’t you?

As a parent, you would do anything to protect your child! This is what makes the topic of vaccines so widely debated. For some parents, they choose to vaccinate their children to protect them from potentially contracting diseases that could severely impact their child’s wellbeing. For other parents, they feel that vaccinations pose a risk to their children developing other diseases. Which side is right? 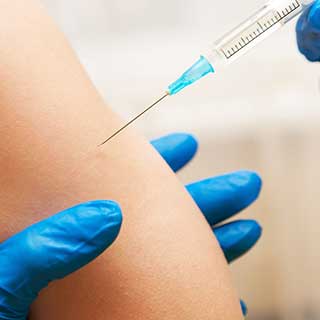 Vaccines provide immunity from a disease by being administered through injections, orally, or aerosol (nasal) spray. A vaccine is a killed or weakened version of an organism. This allows the body to recognize the organism as an intruder. If the body sees the organism again in the future, the body recognizes it faster and is able to defeat it. This process is what allows us to become protected against diseases and is known as immunization. Our body is being exposed to a disease without having to actually fight it off and potentially have serious life-long consequences.

The concept of vaccination has been known about for about 1000 years, but the development of vaccines started in the late 1700s. Since their development, vaccines have saved millions of lives each year. It is due to their success that most of us believe that certain diseases have been eradicated. This is not the case! These diseases are still present, but under control and unable to have the significant impact that they once did because of vaccinations.

In recent years, there have been numerous reports in the news about vaccines being harmful. One study suggested that the MMR vaccine was the cause of autism, but that has been resoundingly discredited since the study was published. The reason behind this idea was because the signs of autism typically present around the time that children normally receive the MMR vaccine (one years o 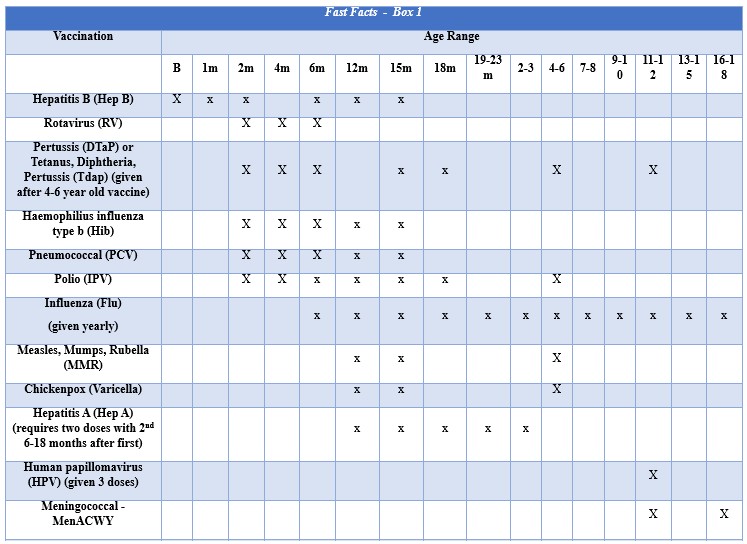 ld). There have been numerous studies since the initial one that have shown that there is no difference in level of risk of being diagnosed with autism whether or not your child gets the MMR vaccine.

Another concern is the use of preservatives that contain mercury in vaccines. It is well known that mercury in our environment accumulates within the body and high levels are harmful to child development. This environmental mercury is called methylmercury. The type of mercury used in vaccines is called ethylmercury and is able to be eliminated from the body much easier than its toxic cousin. Ethylmercury makes up a small portion of the preservative thimerosal that is used to help prevent the vaccine from being contaminated by bacteria. Prior to studies showing thimerosal is not harmful, concern about its use in vaccines caused it to be removed from all childhood vaccines since 1999. Only the flu vaccine that still has thimerosal in it. If you are concerned about the effects of thimerosal though, there is a version of the flu vaccine that is thimerosal-free.

Unfortunately, the information about vaccines being harmful is still being referred to even though it has been largely discredited. This has led many people to believe that vaccines are unsafe and they decide that their children shouldn’t have them. The main concern with not vaccinating children is that they become susceptible to serious diseases. Suppose you decide not to vaccinate your child and they contract whooping cough, measles or pertussis. Not only do you have to be concerned about the health of your child and their recovery from a serious illness that potential could be life-threatening for them, but the sick child could pass the disease to a younger sibling or elderly grandparent whose immune system cannot fight off the disease and they could die. The other element to this argument is suppose you do vaccinate your children, but they go to daycare or has an older sibling who goes to daycare or school where other children are not vaccinated. Your child is too young to receive certain vaccinations and becomes exposed to the disease through their classmates or their older sibling brings it home. Now, your child has a serious illness that could be life-threatening all because someone else’s decision not to vaccinate their child.

We have the right to choose what is best for ourselves and our children when it comes to healthcare, but it is important to know all the facts before deciding whether or not to vaccinate. When looking at the risks of vaccination versus contracting a disease, the benefits of vaccination far outweigh the risks. It is far easier to prevent a disease than treat it! For a complete list of immunization schedule, please see Fast Facts. If you have any questions about vaccinations, please consult with your child’s physician. For more information about vaccinations, please visit the Center for Disease Control at www.cdc.gov/vaccines