Who are the Members of the White House Task Force that You See on TV?

If you’ve been following the White House Task Force press conferences, you’ve been seeing several different faces talking at the podium. If you’re like most people, you probably don’t recognize anyone other than President Trump and Vice-President Pence. Who are these people that are giving us the information we’re supposed to being following? 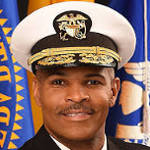 The first person you’ve probably noticed is the United States Surgeon General, Dr. Jerome Adams. He is a vice admiral that was appointed to being in charge of the US Public Health Service Commissioned Corps in 2017. Prior to that he was Indiana’s state health commissioner. He is the 20th US Surgeon General. Dr. Adams is an anesthesiologist that is a Maryland native and trained at the Indiana School of Medicine. He’s a big supporter of allowing counties to have needle-exchange programs designed to slow the spread of diseases among intravenous drug users. 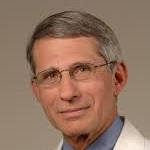 The next person you might see is the head of the National Institute of Allergy and Infectious Diseases (NIAID), Dr. Anthony Fauci. He has an extensive background in treating infectious diseases, which has led to him leading the efforts to monitor, contain and mitigate the spread of the virus while making sure that Americans have accurate and current health and travel information. He is well respected within the medical community and has even received the Presidential Medal of Freedom (the highest honor given to a civilian by the President). Dr. Fauci has been in charge of NIAID since 1984 and has advised six presidents on various public health issues, including HIV/AIDS outbreak in the 1980s. He is regarded as a pioneer in the field of immunoregulation by the Pan American Health Organization. He is originally from Brooklyn, New York and earned his medical degree from Cornell University. 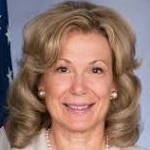 You’ve probably also seen Ambassador Dr. Deborah Birx. She is a world-renowned medical expert that has done an extensive amount of work fighting HIV/AIDS globally. She has served as the United States’ global AIDS coordinator for the State Department and US special representative for global health diplomacy. In 2014, she was placed in charge of the President’s Emergency Plan for AIDS Relief, which was launched by former President George W. Bush in 2003. In addition, she was the director of the division for Global HIV/AIDS at the Centers for Disease Control from 2005-2014. Dr. Birx is a retired Army colonel and was appointed to her ambassador position under President Obama. On the White House Coronavirus Task Force, she is the Response Coordinator as a result of dealing with virulent diseases, vaccines and interagency coordination over her 30-year career. She was born in Pennsylvania and received her medical degree from Pennsylvania State University. 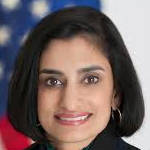 One last member of the Task Force that you’re probably hearing from regularly is Seema Verma. She is the administrator of the Centers for Medicare and Medicaid Services (CMMS), which she was appointed to in November 2016. In her position, she oversees healthcare programs that offer services to more than 100 million Americans with a budget of more than $1 trillion. She is a big opponent of Medicare-for-All and supports the repeal and replace movement of the Affordable Care Act (ACA). Before coming to CMMS, she served as a top health policy advisor to Vice-President Pence when he was governor of Indiana. Ms. Verma is from Virginia and earned a Master’s degree in public health at John Hopkins University.