What is their role?

The World Health Organization isn’t something that most people spend a great deal of time thinking about. Usually, it makes the news when there is some sort of health crisis occurring that will likely have a global impact and they are making recommendations on what to do to help fix it. Why was the World Health Organization formed? What does it do? 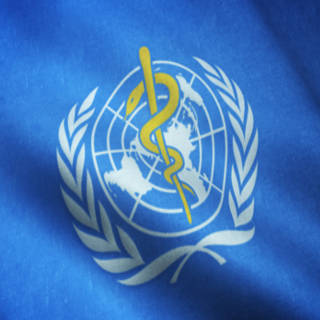 The World Health Organization (WHO) is a specialized agency of the United Nations (UN) and founded April 7, 1948. Its predecessor was the 14 International Sanitary Conferences held from 1851 to 1938. Their focus was combating diseases, such as cholera, yellow fever and bubonic plague. It wasn’t until the 7th conference, in 1892, focusing on cholera that these meetings lead to success. The WHO is focused on promoting technical cooperation for health among nations, carrying out programs to control and eradicate diseases and improving the quality of human life. Since its creation, the WHO has played a leading role in the eradication of smallpox (first disease that has ever been eradicated) and the near eradication of polio. Its current focus is on communicable diseases, especially HIV/AIDS, Ebola, malaria and tuberculosis. Other areas that are being addressed are sexual and reproductive health, developmental and aging health, food security/healthy eating, occupational health, substance abuse and helping develop methods of reporting, publishing and networking among themselves, other agencies and the countries who are member states. They are directly responsible for doing the worldwide World Health Survey, providing the World Health Report and promoting World Health Day (April 7th). According to the WHO’s constitution, their goal “is the attainment by all people of the highest possible level of health.” Besides their ongoing work into research and coordinating with member states to improve human health, they also respond when there is an emergency health situation by working with member states and other stakeholders to decrease the loss of life and lessen the burden of the disease and the disabilities caused by it. The WHO works with governments to focus on social and economic elements related to health by developing and promoting policies and programs that boost health equity for all people. They also work with governments to concentrate on having a healthier environment by creating and enforcing policies aiming at fixing environmental health threats. The reach of the WHO is far with regional headquarters spread throughout the world, offices in 150 countries and 8500 employees. It is financed by contributions from member states (currently at 194) and outside donors.

Given all of the positive things that the World Health Organization does to promote better health on a global scale, one would not think that there would be much controversy surrounding it, but as with anything, there is some. In 1959, the WHO signed an agreement with International Atomic Energy Agency (IAEA) saying the IAEA has responsibility for peaceful nuclear energy without prejudice to the roles of the WHO of promoting health. A specific paragraph in this agreement states, “whenever either organization proposes to initiate a program or activity on a subject in which the other organization has or may have a substantial interest, the first party shall consult the other with a view to adjusting the matter by mutual agreement.” Due to the unclear nature of this statement, some people feel that this restricts the WHO’s ability to investigate the effects of radiation on human health from the use of nuclear power and the continuing effects of nuclear disasters, such as Chernobyl and Fukushima. Another area of disagreement has erupted from the WHO’s criticism of the Roman Catholic Church for not supporting the use of condoms and going to so far to discourage the use of them because of their prevention of contraception. The WHO’s focus is on the use of condoms in preventing the of spread HIV. Their reproach of the Roman Catholic Church lead to a significant number of people being outraged. The WHO also has had runs in with the sugar industry due to the significant amount of research they’ve completed about the detrimental effects of sugar on health. Based upon this research, they have recommended that the allotted daily intake of sugar to be decreased (down to 10% in 2003 and further reduced it down to 5% in 2014). Obviously, the sugar industry is not pleased with these recommendations and has tried to fight them. During the 2009 Swine Flu Pandemic, the WHO made sure that people were aware of the threat and did as much as possible to decrease the chances of it spreading further than it did. Some groups criticize them for causing a “hype” about something that turned out not to be that bad. The WHO states that the lack of severity of the Swine Flu Pandemic was because of improvements in the prior decade that allowed for quick control over the situation to be established, thus preventing it from becoming worse. When it came to the Ebola outbreak (2013-2016), the WHO is rebuke for the level of bureaucracy involved, insufficient financing, the regional structure of offices and staffing of facilities offering aid. One last major factor that is complained about is how much employees spend on travel expenses. The annual reports indicate that more is spent on travel than on mental health disorders, HIV/AIDS, tuberculosis and malaria combined.

The advantages of having the World Health Organization far outweigh the negative. However, there is definitely room for improvements. By addressing these, it will only make the WHO that much stronger of an organization and this is something that benefits everyone. The impact that the WHO has had on the health of humankind globally is profound and will continue to be with the appropriate, needed support.