The importance of talking about teenage suicide

When the show ’13 Reasons Why’ aired last spring, it was instantly popular, but it also created a significant amount of controversy. With season two set to be released at some point soon, it brings the concerns regarding the show front and center again. What are those concerns? Should teens be allowed to watch the show? What should parents and educators do to alleviate these concerns? 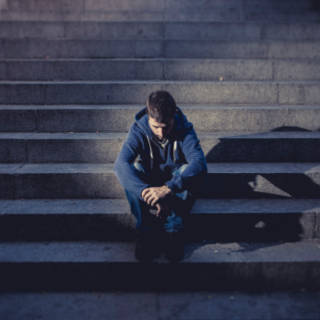 The Netflix-based television version of ‘13 Reasons Why’ was released March 31, 2017. It is a teen mystery drama that is based off of the 2007 book of the same name that is written by Jay Asher. It focuses on a high school student, Clay Jensen, and his friend, Hannah Baker. After experiencing several demoralizing situations involving a few individuals at her school, she commits suicide. Before her death, Hannah records several cassette tapes that give the 13 reasons why she decided to end her life. Each episode of the show represents one of the cassette tapes. The show covers topics like sexual assault, substance abuse and several other morally heavy topics. The finale contains a graphic account of Hannah’s suicide. Due to the explicit nature of some of the scenes, Netflix added strong advisory warnings prior to several of the episodes.

Shortly after the show’s release, there was a significant amount of backlash because many people felt that the show glamorized the idea of self-harm and suicide, which they thought could cause an increase in the number of self-harm incidents and suicides among teens. It has been demonstrated in the past that when a group of people, especially teens, are exposed to a suicide with their family, group of friends or through media, then the occurrence of suicides rises. According to the Center for Disease Control (CDC), suicide is the third leading cause of death for those between the ages of 10-24 and about 157,000 people in this age group receive medical care for self-inflicted injuries in emergency departments every year. In April 2017, the National Association of School Psychologists (NASP) released a statement: “Research shows that exposure to another person’s suicide, or to graphic or sensationalized accounts of death can be one of the many risk factors that youth struggling with mental health conditions cite as a reason they contemplate or attempt suicide.” The following month, the Society of Clinical Child and Adolescent Psychology (SCCAP) released a similar statement and requested that Netflix add a message to the end of each episode that provides mental resources and informs viewers that depression and suicide can be successfully treated by qualified mental health professionals. There is now a website (13reasonswhy.info) setup that provides resources for those who need help.

Given the popularity of the show among teens, these apprehensions seem to be valid. The best way to address them is by talking about the show and its content with teens. This should be done both in the classroom and at home. The important thing is to listen to what they think, talk about their concerns, let them know that help is available and you’re available to talk if they need it. By watching the show with your child, it will be easier to address the issues discuss in real time. It is essential to know the signs that a child might be depressed and contemplating suicide, such as spending more time alone, being secretive with their phone or computer and cutting themselves in a non-suicidal way. Bullying plays a key role in the show as to why Hannah decided to commit suicide. So, this should be discussed as well. In most cases, bullying does contribute to suicidal ideation, but it isn’t the sole reason that people commit suicide. Often the bullied person has a mental illness and inadequate coping skills. Both of these could be treated with the right help from a medical professional.

There is no question that ‘13 Reasons Why’ has brought to light several sensitive topics that should be discussed to provide accurate information. Offering support that encourages teens, and adults, to seek help if they are depressed, feeling unable to cope with their current situation or having suicidal thoughts will result in more positive outcomes. This provides an excellent opportunity to address the importance of assisting others in getting help by being aware of others’ behavior and how changes can mean that something is wrong. While it may only be a television show, it definitely provides the platform needed to address topics that can be challenging. Instead of viewing it negatively, we should be urging teachers, parents and teens to talk about the issues in an open and honest way. By doing this, we will help to pave the way for people to seek the help they need, for people to be more aware of others’ needs and, hopefully, have a better understanding and more compassion towards people who are going through difficult times.

The National Suicide Prevention Lifeline is available at https://suicidepreventionlifeline.org/ or 1-800-273-TALK (8255).