You’ve probably heard the term autoimmune disorder before but might not know exactly what it is. They are a group of conditions that can impact a wide variety of people and have a wide range of symptoms. So, what are they? Who’s most at risk for developing them? How are they treated? 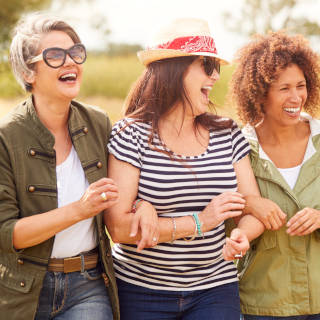 The immune system’s job is to guard against germs like bacteria and viruses. Typically, when it senses them, it sends out proteins called antibodies to destroy them. In an autoimmune disease, the immune system mistakes part of your body as foreign and attacks healthy cells. Autoimmune diseases affect 23.5 million Americans. There are more than 80 different autoimmune diseases. Some target only one organ, whereas others involve the whole body. Some examples include:

Rheumatoid arthritis is when the immune system produces antibodies that attack the joints, causing inflammation, redness, warmth, stiffness, swelling, and pain. If untreated, it gradually causes permanent joint damage. The condition can start as early as your 30s.

Systemic lupus erythematosus (lupus) is when antibodies attack tissues throughout the body, such as the joints, lungs, blood cells, nerves, and kidneys.

Inflammatory bowel disease (IBD) is when the immune system attacks the lining of the intestines, causing episodes of diarrhea, rectal bleeding, urgent bowel movements, abdominal pain, fever, and weight loss. The two primary forms are ulcerative colitis and Crohn’s disease. Crohn’s disease can inflame any part of the GI tract, from the mouth to the anus. Ulcerative colitis affects only the lining of the large intestine (colon) and rectum.

Multiple sclerosis (MS) is when the immune system attacks the myelin sheath, the protective coating surrounding nerve cells in your central nervous system. Damage to the myelin sheath slows the transmission speed of messages between your brain and spinal cord to and from the rest of your body. This causes symptoms like pain, blindness, weakness, poor coordination, and muscle spasms.

Type 1 diabetes mellitus is when immune system antibodies attack and destroy insulin-producing cells in the pancreas.

Guillain-Barre syndrome is when the immune system attacks the nerves controlling muscles in the legs and sometimes the arms and upper body. It results in weakness, which can sometimes be severe.

Chronic inflammatory demyelinating polyneuropathy is similar to Guillain-Barre because the immune system also attacks the nerves, but symptoms last much longer. About 30% of people with the condition become confined to a wheelchair if not diagnosed and treated early.

Psoriasis is when the immune system blood cells (T-cells) collect in the skin, which stimulates skin cells to reproduce rapidly, producing silvery, scaly plaques on the skin. Close to 30% of people with psoriasis develop swelling, stiffness, and pain in their joints (psoriatic arthritis).

Hashimoto’s thyroiditis is when the immune system antibodies attack the thyroid gland, slowly destroying the cells that produce thyroid hormone. This results in low levels of thyroid hormone (hypothyroidism). It usually happens over months to years. Symptoms include fatigue, constipation, weight gain, depression, dry skin, and sensitivity to cold.

Myasthenia gravis is when antibodies bind to nerves and make them unable to stimulate muscles properly. Weakness that gets worse with activity is the main symptom. Muscles that control eye movements, eyelid opening, swallowing, and facial movements are also involved.

Vasculitis is when the immune system attacks and damages blood vessels. This condition can affect any organ, so symptoms vary widely and can occur almost anywhere in the body.

Addison’s disease is when the immune system attacks the adrenal glands, which produce the hormones cortisol and aldosterone. If you have too little cortisol, it can affect how your body uses and stores carbohydrates and sugar (glucose). If you have an aldosterone deficiency, it’ll lead to sodium loss and excess potassium in the bloodstream. Symptoms include weakness, fatigue, weight loss, and low blood sugar.

Sjögren’s syndrome is when the immune system attacks the glands that provide lubrication to the eyes and mouth. The main symptoms are dry eyes and dry mouth, but it may also affect the joints or skin.

Celiac disease is when your body can process foods containing gluten, a protein found in wheat, rye, and other grain products. When gluten is in the small intestine, the immune system attacks this part of the gastrointestinal tract and causes inflammation.

Doctors don’t know exactly what causes the immune system to malfunction. However, they have several theories. According to a 2014 study, women get autoimmune diseases at a rate of about 2 to 1 compared to men, which means close to 80% of those with an autoimmune disease are women. Women might have higher rates because they have higher levels of hormones, especially during the childbearing years, which could make them more susceptible. Some autoimmune conditions are more common in certain ethnic groups, and others run in families. Keep in mind that having a relative with an autoimmune disease increases your risk, but it doesn’t mean you will develop it. Since the number of autoimmune diseases is rising, scientists suspect environmental factors, such as infections and exposure to chemicals, might play a role. Another possibility is that when the immune system attacks a foreign invader, healthy cells and tissues are sometimes caught up in the response, resulting in autoimmune disease. A different prospect is that injury may result in some types of autoimmune diseases. Research has shown that an autoimmune response happens after damage occurs in parts of the body subjected to high stress (injury). Due to the rise in high-fat, high-sugar, and highly processed foods, which are linked to inflammation, eating these foods might set off an immune response. Being overweight or obese also raises your risk. Research has linked smoking to several autoimmune diseases.

The early symptoms of many autoimmune diseases are very similar and include fatigue, achy muscles, swelling and redness, low-grade fever, trouble concentrating, numbness and tingling in the hands and feet, hair loss, and skin rashes. Sometimes, symptoms may come and go. A period with symptoms is called a flare-up, and a period without symptoms is called remission. You should see a doctor if you have signs of an autoimmune disease. Symptoms may be severe or mild. You should go to the emergency department if any of the following severe symptoms: trouble breathing/shortness of breath, extreme chest pain/pressure to your chest, a headache that starts suddenly and feels like the “worst headache you’ve ever had,” sudden weakness (especially if you can’t move), dizziness that doesn’t stop, or pain so severe that you can’t stand it.

It can be challenging to diagnose an autoimmune disease because it can be similar to other common conditions. Due to the wide variety of disorders, no single test can diagnose most autoimmune diseases. This means your doctor will use a combination of tests and a review of your symptoms, and a physical examination to make a diagnose. The antinuclear antibody test (ANA) is often one of the first tests that doctors use. A positive test means you may have one of these diseases, but it won’t confirm exactly which one you have. Other tests look for specific antibodies produced in certain autoimmune diseases.

Typically, people with autoimmune diseases can live a normal life. Treatments can’t cure the condition. Instead, they focus on reducing immune system activity and managing symptoms. Everyone’s immune system, genetics, and environment are different, so the treatment must be unique. The most common drugs used are nonsteroidal anti-inflammatory drugs (NSAIDs), such as ibuprofen (Motrin, Advil) and naproxen (Naprosyn), and immune-suppressing drugs. Other examples include medications for depression and anxiety, insulin injections, sleeping medications, plasma exchanges, corticosteroids, rash creams and pills, and intravenous immune globulin. Since having an autoimmune disease raises your risk for other conditions, such as heart disease, it is vital to take steps to reduce developing complications. Some of these measures include keeping your blood pressure and cholesterol levels within healthy ranges, eating a nutritious diet, and exercising regularly. The good news is that this can also help reduce the symptoms of your autoimmune disease. When it comes to preventing autoimmune disease, it may not be possible. However, some experts recommend that in addition to regular exercising and eating healthy, staying away from cigarettes and avoiding toxins may be beneficial.

While no one wants to have an autoimmune disease, the good news is that they are usually easy to manage once diagnosed. If you have any symptoms that could indicate you might have one of these conditions, be sure to see your doctor soon rather than later so you can start treatment, if necessary. This will provide you with the best opportunity to have a healthy, good-quality life!