When you think of medication, you probably think of a bunch of chemicals being combined to form a pill. You probably would be surprised to know that some medications actually contain parts of living organisms. These are called biologics. How are they made? What are they used for? 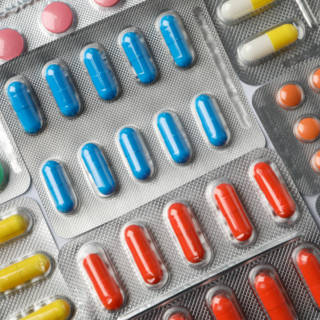 A biologic is a medication produced using biotechnology, especially recombinant DNA technology. They come from living organisms or contain components of living organisms, such as humans, animals, or microorganisms, which means they’re very large, complex molecules or mixtures of molecules. Often, they are composed of sugars, proteins, or nucleic acids, or complex combinations of these substances. Other times, they may be living entities, like cells and tissues. Biologics control the action of proteins and cellular processes, modified human hormones, or alter cells that produce substances that suppress or activate components of the immune system. They’re sometimes referred to as biologic response modifiers because they change the manner of operation of natural biologic intracellular and cellular actions.

The concept of biologics isn’t new; we’ve been using them since 1796 when scientists created the first rudimentary vaccines for smallpox. Over the years, they’ve continued to evolve. Types of biologic drugs include vaccines, insulin, blood, blood components, hormones, interferon, cells, allergens, cytokines, interleukins, growth factors, genes, tissues, fusion proteins, recombinant proteins, and monoclonal antibody (mAb) products. Monoclonal antibodies have made the news recently, thanks to COVID-19. They’re produced through a series of steps, beginning with the early production of antibodies in mice. Then scientists modify these antibodies, replacing much of them with portions of antibodies from humans. Next, many identical copies of these new antibodies are made. These can then be given to the patient. Most commonly, they’re used for autoimmune diseases, where the body’s immune system plays a role in abnormally attacking its own tissue. If a biologic has “ab” at the end of its name, it is a good clue that the product is some kind of modified antibody.

When it comes to traditional drugs, they’re typically manufactured through chemical synthesis, which means they’re made by combining specific chemical ingredients in an ordered process. This allows them to have well-defined chemical structures, and they can usually be analyzed to determine all its various components. Most medicines have small molecule weight, which means they have simple molecular structures. This makes it easy to produce or copy them. So, once a patent expires on a drug, other manufacturers can make copies of them by reproducing the same active ingredient as the original. These become what we know as generics. Generics are considered bioequivalent of the original medication because the active part behaves the same way in the body. This is why a pharmacist may substitute a generic version without consulting or informing the patient’s physician and is known as interchangeability. About 90% of all prescriptions in the United States are for generic drugs.

As far biologics go, it’s difficult, and sometimes impossible, to characterize them by testing methods available in the laboratory, and some of the components of a finished biologic may be unknown. This is because biologics are very large and have complex molecular structures since they’re created from living cells and specialized ingredients. They can be sensitive to minor changes in the manufacturing process (ex. heat or microbial contamination), which means slight process differences can significantly affect the nature of the finished biologic and how it functions in the body. This is why biologics manufacturers must tightly control the source and nature of starting materials and consistently employ hundreds of process controls that assure predictable manufacturing outcomes. Otherwise, the quality and purity could be altered. Despite doing this, it’s not possible to demonstrate that a batch of any biologic is identical to its previous batches, but it must be within a tight range.

Similar to traditional drugs, once a patent expires for a biologic, it’s legal for other manufacturers to copy it. However, the innovator doesn’t have to share its patented manufacturing processes, which means biosimilars are not identical, but highly similar in structure to an originator biologic and must have no clinically meaningful difference from the original biologic. The Food and Drug Administration (FDA) regulates both biologics and biosimilars. According to them, biosimilars must be ‘highly similar’ to the reference product. In 2012, the Biosimilars User Fee Act (BsUFA) was enacted to help provide FDA with resources and staffing specifically to support a biosimilar approval pathway and promote greater consistency, certainty, and predictability in the review of biosimilar and interchangeable biologic products. As a result, the agency approved the first biosimilar product for marketing in the United States in March 2015. In recognition of biosimilars’ crucial role, in 2018, the agency also introduced the Biosimilars Action Plan to help spur additional competition. This plan focuses on four areas: 1) improving the efficiency of the biosimilar and interchangeable product development and approval process; 2) maximizing scientific and regulatory clarity for the biosimilar product development community; 3) developing effective communication to improve understanding of biosimilars among patients, clinicians, and payors; and 4) supporting market competition.

Biologic drugs are usually administered by injection or infusion because of their molecular makeup; they’re quickly digested and inactivated if given by mouth. Ongoing research into developing less invasive or non-invasive routes for delivery that bypasses the stomach includes providing the biologic via the inner cheek (buccal), through the nose (nasal), under the tongue (sublingual), inhalation into the lung (pulmonary), and through the skin (transdermal). Each has its own strengths and weaknesses that may be optimal for specific classes of compounds. It’s important to note that biologic treatments are often taken alongside other non-biologic therapies. However, in some cases, the biologic treatment takes the place of non-biologic therapies. It all depends on your specific situation. In addition, depending on the condition being treated, you might need a single treatment. Other conditions require that the biologic be taken at regular intervals.

Biologics don’t come risk-free. A Cochrane overview studied the side effects reported for nine common biological therapies and reported 1% absolute harm from serious side effects. Additionally, 5% absolute harm from all side effects was seen. The authors of the study did acknowledge the need for further research. Side effects are dependent on the specific biologic drug and the method it’s introduced into the body. Biologics given by injection can cause injection site reactions. Those given intravenously can cause infusion reactions. All have the potential to cause allergic hypersensitivity reactions. Any biologic that suppresses the immune system increases the risk of infections. Common side effects include allergic reactions, injection site reactions, chills, weakness, diarrhea/constipation, nausea, vomiting, rash, itching, high blood glucose levels, and cough. Other potential side effects are shortness of breath, peripheral edema, headache, fever, muscle aches/pain, decreased appetite, increased triglyceride levels, insomnia, abdominal pain, back pain, dizziness, and infusion reactions. Serious side effects include low blood pressure, anaphylaxis, serious infections, cancer, serum sickness, autoimmune thyroiditis, blood clots, congestive heart failure, bleeding, interstitial lung disease, Hepatitis, enterocolitis, gastrointestinal perforation, mucositis, stomatitis, anemia, reduced white blood cell counts, and hypothyroidism. One area of particular concern is that the body can develop antibodies to biologics over time, affecting how they work. Typically, this is more likely to occur if you don’t follow your medicine regimen, especially if you stop the medication and restart it.

Since some biologics can affect the immune system, they may interfere with the effectiveness of vaccines. So, before receiving these drugs, patients should complete all recommended immunizations and be prescreened for dormant tuberculosis (TB) and hepatitis. While taking biologics, you shouldn’t have vaccines that contain any live viral components. People with certain medical conditions might not be able to get biologic treatments. This is true for pregnant women since most biologics haven’t been adequately studied in them or breastfeeding women. It’s vital to note that if you are taking a biologic therapy and find out that you are pregnant, don’t stop taking it right away. Instead, call your doctor’s office, and they’ll advise you on the next steps.

Due to the complexity of developing biologics and biosimilar, the process to create one is costly. Yet, they account for a large portion of public and private drug spending. According to 2017 data from the IQVIA Institute, biologics made up only 2% of all drug prescriptions but were responsible for 37% of net drug spending. Biosimilars, like generics, are usually cheaper, which means the innovator manufacture must compete. As of July 2020, the difference between the originator and the mean Average Sales Price (ASP) of their biosimilars ranged from 8.1% to 45.1% lower than the originator products. The data shows that the annualized savings from biosimilars reached $6.5B in the second quarter of 2020. Some models predict the savings will exceed $100 billion in aggregate over the next five years. As a result, the market is evolving rapidly. As of November 2020, there were 104 programs enrolled in the Biosimilar Product Development (BPD) Program.

Biologics and biosimilars are going to be increasingly popular forms of treatment for many different conditions. Thankfully, the market is shifting and evolving to accommodate this growth. It’s definitely an exciting time to be part of drug development!