There are millions of people who experience depression. Some people try medication to treat it. Others try therapy. Many try both. While these do work, what if there was a way to relieve it in a faster and safer way? This is where brain stimulation comes in. How does it work? Is it actually effective? 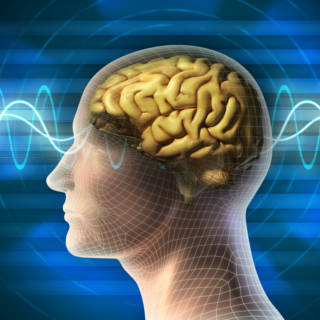 Depression is one of the leading causes of disability worldwide. According to the National Institute of Mental Health, around 17.3 million adults in the United States experienced an episode of major depression in 2017. Suicidal thoughts, or suicidal ideation, are common for people with major depression. Antidepressant drugs are supposed to relieve these symptoms but can take several weeks to start working. To improve suicidal ideation during this time, many doctors turn to ketamine or electroconvulsive therapy (ECT) for their rapid effectiveness. When it comes to depression that is resistant to other forms of treatment, ECT is considered to be the gold standard. The only downfall is that it has an average of 48% remission rate. ECT involves passing small electric currents through the brain to intentionally trigger a brief seizure that lifts depressed symptoms for some time. The length of relief varies for each patient. There are concerns about the side effects since it can induce short-term memory loss in some people.

As a result, scientists are trying to develop a new treatment that isn’t only safe and effective but fast-acting. One area that they’re looking at is deep-brain stimulation (DBS). Typically, this is only considered if a person hasn’t responded to other therapies. It has been around since the 1980s but remains a rare procedure. It seems to address all the major symptoms, like depressed mood, irritability, irregular sleep, loss of motivation, and the inability to experience pleasure. The change for some patients can be extremely dramatic, while others need more time for it to become evident.

Traditional DBS involves surgically implanting a paired of electrodes (one in each hemisphere of the brain) into a region, Area 25, that’s located in the subcallosal cingulate cortex (SCC) in the center of the brain. Area 25 is a neural junction box that becomes hyperactive in depressed people and thought to be related to the release of dopamine and serotonin and responsible for motivation and mood. The tiny electrodes are designed to deliver a small amount of current to the area. The amount and frequency of the pulses are fine-tuned during and after surgery using a handheld device. The pulses are continuously delivered and appear to block the firing of neurons and return the brain’s metabolism to a state of equilibrium. The process requires multiple steps. The first is the placement of the electrodes into the brain. A few days later, the wires and battery pack are implanted in the person’s chest. The electrodes are connected via wires to the device that delivers pulses of electricity to the brain. The device can remain in a patient indefinitely. Due to the similarities, DBS has been called the pacemaker for the brain.

While researchers aren’t sure exactly how DBS works, they think it does by balancing the communications between parts of the brain that are out of synch. One thing that they know for sure is that optimal response depends on the precise placement of the electrodes in the SCC region. Above this location is the frontal cortex, which is immensely complex and is where thinking and consciousness reside. Underneath the area are the circuits leading to the brain’s limbic system that includes the amygdala, hippocampus, and other regions responsible for emotional processing.

Due to the varying success rates and it being an invasive procedure, most doctors don’t recommend DBS unless extended courses of psychotherapy and drug therapy haven’t worked. It’s generally considered to be a safe procedure, but complications can occur. Common complications are brain hemorrhage, stroke, infection, headache, speech problems, and sensory or motor control issues. Another factor to consider is that you need to be in good enough health to withstand a major surgery not just once but multiple times. This is because batteries need to be replaced every six to 18 months, the electrodes may need to be adjusted if the treatment doesn’t appear to be working, and the device can break.

One small study that was conducted over several years showed that patients who had treatment-resistant depression improved significantly after receiving DBS. This prompted Medtronic and St. Jude Medical, two device makers, to conduct large-scale trials of DBS approved by the Food and Drug Administration (FDA) in the mid-2010s. Unfortunately, both trials were stopped within the first six months because the results didn’t match the earlier research. There are several reasons for this discrepancy. For a depression trial, six months is considered a long time since trials of pharmaceutical antidepressants only last six to 12 weeks. However, when it comes to DBS, earlier work demonstrated that most improvements were seen between six and 24 months. This means that the studies were ended before this window even began. The reason that the six-month mark was chosen was due to the high effectiveness of the treatment in previous studies, researchers felt it would be unethical to keep the control group on a placebo for any longer. Another problem was scientists were continuing to refine their research to get better results. This meant that their work increasingly diverged from the studies in significant ways. Compared to the broad studies, they altered how they selected patients, sited/managed the electrodes, and supported the patients. These changes individually and collectively had the potential to create or widen a gap in outcome between the large trials and further research. The good news is that the FDA created more flexible trial rules in 2016, which will make it easier for researchers to do additional work on DBS. The rules allow a study to designate several different outcome measures, such as effectiveness measures on different timescales instead of a single timeline, to add additional outcome measures based on new hypotheses (like changing device placement), and to identify and examine characteristics of any individuals that are responding incredibly well to the treatment.

In 2008, the FDA approved repetitive transcranial magnetic stimulation (rTMS) for people with treatment-resistant depression. The procedure involves sending electric current pulses through a magnetic coil placed on the scalp over a brain region called the left dorsolateral prefrontal cortex (L-DLPFC). This area of the brain is responsible for executive functions, such as attention, working memory, and decision-making. The magnetic field created by rTMS excites nerve cells in the L-DLPFC, causing the synapses that connect them to strengthen. This is important since stronger synapses are better at transmitting nerve signals. Neuroscientists believe this is how the brain learns new ways of thinking and behaving. By strengthening the connections and generating more robust activity in the L-DLPFC, scientists feel that it inhibits activity in another part of the brain, subgenual anterior cingulate cortex (sgACC), because overactivity in this area has been seen in those with major depression and feelings of sadness.

The results of a preliminary study were recently published in the American Journal of Psychiatry. The study was conducted by researchers at Stanford University School of Medicine in California. The scientists developed a new form of rTMS, call Stanford Accelerated Intelligent Neuromodulation Therapy (SAINT). According to the data, rather than the traditional rTMS, SAINT uses an intensive course of precisely targeted magnetic brain stimulation. The results revealed symptoms rapidly resolved in 90% of the patients. It’s vital to note that the trial was open label, so both participants and researchers were aware of the nature of the treatment and there was no control group.

The Stanford scientists used functional magnetic resonance imaging (fMRI) to identify the precise area within the L-DLPFC of each patient’s brain that had the strongest inhibitory effect on the sgACC. Previous forms of rTMS involve daily 40-minute stimulation sessions for six weeks and were able to relieve symptoms of depression in about 50% of patients with about 30% achieving remission. The Stanford researchers theorized that they could obtain better results quicker by increasing the intensity of stimulation and shorten the treatment schedule to 5 consecutive days. To do this, participants had to undergo ten 10-minute sessions per day with 50-minute intervals between them. The scientists call this intermittent theta-burst stimulation (iTBS). There are three significant reasons iTBS is considered superior to traditional rTMS. First, it allows for more magnetic pulses per session (1800 vs. 600). The second is that treatment happens over a shorter period (10 vs. 40 minutes). The final reason is that it can be better individualized to target each person’s specific needs.

There were 21 participants in the study. All had failed to respond to other treatments, like antidepressants, ECT, and conventional rTMS. After completing the new therapy, 19 of the participants were in remission. Another critical finding was that all of the participants had been experiencing suicidal ideation before undergoing treatment. Immediately after treatment, none of the patients reported having these thoughts. The results seem to last as well, with 60% of participants still being free from depression one month after therapy and between 80% and 100% continuing to not have suicidal thoughts. The only side effects reported were fatigue and some discomfort during treatment.

The researchers at Stanford are now conducting a more significant, double-blind trial to see if the results hold up. If it does, the efficacy of SAINT at treating suicidal ideation could provide a means of rapidly ensuring the safety of suicidal patients. Also, they plan to investigate whether SAINT will work on other conditions, like obsessive-compulsive disorder (OCD), addiction, and autism spectrum disorders.

Depression is a serious health concern for many people. To find a way to improve their condition with minimally invasive techniques would be a huge breakthrough. In addition, to be able to decrease suicidal ideation so rapidly could be a lifesaving tool. Ultimately, it comes down to increasing the quality of life for those who have been suffering for so long and the new research is very promising!