What does the role back of regulations mean?

With the announcement by the current head of the Environmental Protection Agency stating that the regulations for controlling the emissions from cars and trucks would be lessened, it begs the question how will this likely impact your future? Are there any benefits? What are the most likely negative outcomes? 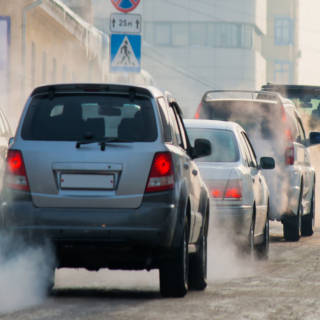 To understand the impact the role back of the regulations for car and truck emissions would have, we need to take a step back to understand what prompted the formation of the current regulations. In the 1970 Clean Air Act, it was noted that the lead in gasoline was causing Americans to have abnormally high blood levels of lead from inhaling vehicle emissions. This was triggering a significant number of health problems from lead poisoning. Due to this finding, regulations were put into place to eliminate lead from gasoline. This change has significantly decreased the amount of lead that is in the bodies of Americans. While there is no longer lead in gasoline, there are other chemicals that are just as toxic.

The major chemicals in vehicle emissions are hydrocarbons, nitrogen oxides, carbon monoxide, carbon dioxide, particulates and sulphur oxides. Hydrocarbons are from unburned or partially burned fuel. They react with nitrogen oxides when exposed to sunlight leading to smog that is present in many urban areas. This smog is extremely harmful to the human respiratory system often causing coughing, choking and diminished lung capacity. It is also being found that hydrocarbons are contributing to liver damage and, in some cases, cancer. Nitrogen oxides are formed when nitrogen in the air reacts with oxygen under high temperature and pressure conditions that are found inside the engine of vehicles. In addition to causing lung irritation when it mixes with hydrocarbons, nitrogen oxides are found to decrease the body’s immune system to fight against respiratory illnesses, like pneumonia and flu. Nitrogen oxides also are a big contributor to the formation of acid rain and upsets the chemical balance of water supplies leading to numerous problems with local wildlife and plants. Carbon monoxide is known for causing deaths when it is present in high levels. The reason it is so dangerous is because it prevents the body’s ability to attach oxygen to blood cells within the bloodstream and this stops vital organs from getting the oxygen they need to survive. In low concentrations, carbon monoxide is found to cause visual impairment, decreased mental dexterity affecting one’s ability to work, poor learning ability, nausea, headaches and dizziness. Carbon dioxide is a huge problem because it gets trapped in the upper atmosphere causing changes in our climate, such as increased temperatures (the last few years, each summer has been the hottest on record), changes in precipitation (some areas getting little to no rain while other areas are getting massive amounts that cause flooding), increase in frequency/intensity of extreme weather events (storms like Superstorm Sandy or the 2017 hurricane season being one of the most active on record with several Category 5 storms that caused significant amount of damage due to their intensity) and rising sea levels (currently affecting areas of Bangladesh). All of these things don’t affect human health directly, but indirectly they do because all of these changes to our environment impact our food/water supply, air we breathe and weather we live in. These all play a significant role in our health. Particulates are tiny particles that are solid, microscopic bits of soot and metals, which gives smog its murky color. The two types are coarse and fine. Both are irritants to your respiratory system, but the fine particles can penetrate deep in lung tissue due to being so small. They have been shown to instigate and aggravate respiratory diseases like asthma or chronic obstructive pulmonary disease (COPD). Sulphur oxides is used to describe both sulfur dioxide and sulfur trioxide. Both of can produce symptoms of sweating, muscle cramps, excessive salivation, dizziness, labored breathing, nausea, vomiting, convulsions and unconsciousness. Young children and asthmatics are the most at risk. What is the extent of these chemicals being present in the air you breathe?

According to the United States Department of Transportation, the number of vehicle miles traveled (VMT) in December 1970 was 89.9 billion. While that might seem like a large amount, that number increased to 246.3 trillion by December 2011. The amount of chemicals in the atmosphere is significantly more and continuing to rise because we drive more than we did before. Due to this increase, illnesses from or worsened by engine exhaust are on the rise. Since tens of millions of Americans experience these illnesses (asthma, COPD, diabetes, cardiovascular diseases and lung cancer), it is something that affects either you or someone that you care about. It has been proven that people who live near major roads face an elevated risk of developing or having complications of illnesses related to vehicle emissions. During the 2000 census, it was found that 226 million (out of 281 million) Americans live in metropolitan areas. The bulk of these are accessed by major roadways. These means that the majority of us are exposed to high levels of air pollution from vehicle emissions. In 2012, to address growing concerns about vehicle emissions contributing to air pollution and its affects on our health, there was an agreement put together by the federal government, automakers and the state of California (who has the authority under the Clean Air Act to set their own emission limits, which 12 other states follow the lead of—together they make up one-third of the United States’ auto market). This agreement stipulated that cars and light trucks would be required to average more than 50 miles per gallon by 2025. This is estimated to reduce carbon dioxide emissions by 6 billion tons and save 12 billion barrels of oil over the lifetime of the vehicles that comply with these standards. When you taken into account that one gallon of gasoline creates 18 pounds of carbon dioxide and the United States produces about 22 billion tons of carbon dioxide a year, the regulations would have a huge impact on the carbon dioxide output. Just image if we were able to see those same changes represented in all of the chemicals that are in vehicle emissions.

The announcement to revoke the regulations set forth in 2012 seems as if we are taking a step backwards. While there was no mention of what new regulations, if any, might be, why change something that is going to improve the health of Americans. Some supports of the role back are saying it is to help jumpstart the American auto industry. This is interesting because there is no evidence that the American auto industry is floundering. In fact, Ford and Honda recently urged government officials to maintain the current requirements. They did request that automakers be given more flexibility. The Alliance of Automobile Manufactures, whose members make about 70% of the cars and light trucks in the United States, support the change. They feel that miles per gallon in the high-40s would be a more accurate expectation that could be accomplished by 2025. Anything close to the high-40s or 50 miles per gallon would be an improvement over where we currently are, which is 31.8 miles per gallon average for 2017 according to federal figures. The goal should remain at 50 miles per gallon, but the automakers should have some flexibility in order to get as close as possible to it by the 2025 deadline.

The other main argument behind revoking the current regulations is that cleaner vehicles are too expensive, so consumers will keep older vehicles and this will decrease the overall efficiency of vehicles being driven. There is no question that cleaner vehicles are more expensive because of the amount of research and development that takes place to provide alternative methods for creating an engine that functions effectively. Motor vehicle manufactures should be compensated for their effort in creating a more fuel-efficient vehicle. However, if the overall cost of these vehicles were lower, than more people would be inclined to buy them and the manufactures would be able to recoup their expenses. This would also increase the number of fuel-efficient vehicles on the road and, in turn, lead to better overall efficiency.

Considering that vehicle emissions is the largest contributor to air pollution in the world and we in the United States make up about 25% of the cars and almost 50% of the trucks registered in the entire world, it is something that we need to focus on. If we don’t have, or reverse, regulations that help improve vehicle emissions, they could become the largest contributor to premature death in the world. This means that vehicle emissions would surpass cancer, AIDS, automobile accidents or any other cause of premature death. Just the thought that this could be the future should be enough to convince almost anyone that the current regulation should not only remain in place, but we should be thinking about what else need to do to help reduce vehicle emissions even further!