Shouldn’t we all have the right to die?

It might sound odd, “Death with Dignity,” but isn’t that what everyone should be entitled to? We are in control of every aspect of our lives, should we not have the option to choose when and how we die if we have a terminal illness. When we have a beloved pet that has an illness that they will not recover from, we have the option of ending their suffering and allowing them to die in a more peaceful manner than to make them endure the full extent of their illness. Why can we not provide this same opportunity to people? 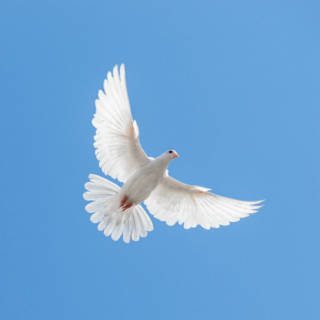 The idea of death with dignity has been around for a long time. In 1998, Oregon was the first state to approve a law that allows eligible individuals to legally request and obtain medications from their physician to end their life in a peaceful, humane and dignified manner. This does not mean that anyone can decide to end their life and be given medicine to do so. The eligibility requirements are very specific with no exceptions and a person’s eligibility must be confirmed by two physicians. The requirements state that you must be a resident of the state, 18 years old or older, mentally competent (capable of making and communicating your healthcare decisions), diagnosed with a terminal illness that will (within reasonable medical judgment) lead to death within six months and you must be able to self-administer/ingest the prescribed medication. Besides meeting the requirements, there is a lengthy process that involves the person wishing to make use of the law providing multiple requests over a period of time prior to any medication being prescribed. During this interlude, all alternatives to the medication must be discussed. The law protects the patient’s health or life insurance policies from being affected. Participation is strictly voluntary on the part of, not only the patient, but the physician as well. No one is obligated or encouraged to use the law…it is an option that is available if someone wishes to use it. By providing the platform to be able to talk about death with dignity, physicians are better at diagnosing/treating depression, pain management and hospice referrals for patients who have terminal illness and the people who live where this is an option are more aware and supportive of those who consider using the law. Oregon is top ranked in the country when it comes to end-of-life care. Since it is up to the individual states as to this should be an option for their residents, the only other states, besides Oregon, that currently have a law in place and allow death with dignity are California, Colorado, Vermont, Washington and District of Columbia.

Why don’t more states offer this as option to their residents? Partly because many are afraid that it is same as suicide and they don’t know enough about the current laws in place in others states to see that this is not the case. With requiring that the specific requirements be met, then only people who are terminally ill and able to make their own medical decisions would be able to use the law. When asked why they choose to use the law, most people have one of three responses. They say that they are concerned about their decreasing ability to participate in activities that made life enjoyable, loss of autonomy and loss of dignity. Surprisingly, according to information put out by Oregon and Washington, only a small number of people actually use the law and about a third of the people who obtain medication that is prescribed under the law never actually take it. People say that just having the medication on hand and knowing that it is an option provides them comfort. There are a couple of other benefits to the death with dignity law. The first is that the majority of people who use the law are able to die in the comforts of their own home versus the national average for people who die in their own home is less than a 20%. The other advantage is that family members do not have to watch their loved one die a horrible, and sometimes prolong, death. Also, the number of physicians who are in favor of physician-assisted dying is increasing—according to a survey by Medscape done in 2016, it is up 57%. All of these should be encouraging signs that more states should consider passing their own death with dignity laws to provide the option to their residents.

The ability to choose how and when we die when we have a terminal illness is something that we should all have the right to do. We should have the right to end our suffering and to say when enough is enough. Since we control everything else in our lives, we should be able to control how we die.