What is their job?

The FDA has been in the news a lot lately. This is especially true with the recall of romaine lettuce due to the contamination from E. coli. The FDA’s involvement in matters like these, leads to questions about their purpose and the role they play in regulating food, medications and other things. Why was it formed? What is supposed to do? Where does it fall short? 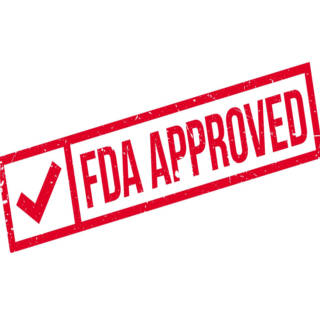 The Food and Drug Administration (FDA) was formed in June of 1906 as an agency of the US Department of Health and Human Services. It is considered responsible for protecting and promoting public health by controlling and supervising food safety, tobacco products, dietary supplements, medications (prescription and over-the-counter), vaccines, biopharmaceuticals, blood transfusions, medical devices, electromagnetic radiation emitting devices (ERED), cosmetics, animal foods/feeds and veterinary products. In addition to all of this, they are allowed to regulate and enforce laws involving things that may not be directly related to food or drugs because of section 361 of the Public Health Service Act and associated regulations of the Federal Food, Drug and Cosmetic Act of 1938. Items that are fall under these provisions are cell phones, lasers, condoms, sanitation requirements on interstate travel and specific rules for control of disease on products ranging from animals sold as pets to donations of human blood and tissue. Given that there are so many products under their control, safety regulations vary greatly depending on the type of product, the risks associated with that product and regulatory powers over the product that are granted to the FDA. Overall, it regulates about $2.4 trillion worth of consumer goods. Some of the larger regulated areas are food sales ($466 billion), drug sales ($275 billion), cosmetic sales ($60 billion) and vitamin sales ($18 billion). While the FDA may regulate and has a significant amount of impact on numerous markets, the majority of its budget, about three quarters, comes from pharmaceutical companies. This is due to the Prescription Drug User Free Act of 1992. It allows the FDA to collect fees from drug manufacturer to fund new drug approval processes. So, if the FDA is protecting public health by imposing safety standards, why is there criticism of it?

The criticism of the FDA falls into three main categories: over-regulation, under-regulation and biases. Some people feel that the FDA has excessive regulatory authority. One area that critics say is most effected by this is the drug approval process. They feel that there are a few things that are significantly wrong with this process. Since the 1962 Kefauver Harris Amendment was passed requiring that companies prove efficacy in addition to safety of any new drug, the cost and time line for new drug approval has increased considerably. Prior to the amendment, this process took about 7 months. Now, it takes about 8 years for a new drug to be approved. The main concern with this is that people who could benefit from a new drug may not receive it and could die from their disease prior to a drug being released. Due to public disapproval during the AIDS epidemic, the FDA implemented a policy that expedites approval of drugs for life-threatening diseases and expands pre-approval access to drugs for patients with limited treatment options. Often the consequences of mistakenly approving a harmful drug are highly publicized, whereas the unfavorable outcomes of wrongfully banning a useful drug are undetectable. This is why the FDA will choose the option that results in the least public disapproval of them despite the health consequences. Over-regulation critics feel that the clinical trials that are required by the FDA are a main reason why drug prices are so high. Part of this process is that the FDA allows a drug company to a have monopoly on a new drug for a period of time and this results in higher prices and the lack of cheaper alternatives from being available during this time. Over-regulation critics also state that by prohibiting dietary supplement manufacturers from making research supported claims of effectiveness on the labels of their products helps to ensure the monopolies of drug companies. Supplement are considered foods for regulatory purposes. This means manufacturers are allowed to make only limited claims about the structure and function of a supplement. They cannot claim that a supplement can prevent, cure, or mitigate a disease/condition even if it has undergone actual testing of its safety and efficacy. While all of these are examples of how some people feel that the FDA has too much regulatory power, there is another group of people who feel that it doesn’t have enough.

Some critics feel that the FDA under-regulates certain areas that they have authority over. They feel that this occurs because the FDA doesn’t want bad publicity, so when something is wrong, they don’t make it widely known and don’t correct the problem quickly enough. One example of this is that during the 1980s, Cutter Laboratories had a way to eliminate the risk of HIV transmission in blood products. It marketed this safe version in the United States, but still sent untreated blood products overseas. Initially, they had voluntarily agreed to stop marketing these products. However, they did not comply and the FDA ordered them to stop, but at the same time requested that the issue was solved quietly without letting the public, medical community and Congress know. FDA critics state that this makes them an accomplice in the hiding the information. Under-regulation critics also state that the FDA has, and continues, to overlook safety concerns when approving new drugs and is slow to remove approved drugs that are proven no longer safe. An example of this is Rezulin (troglitazone), which was pulled off the market in the United Kingdom in 1997 for being unsafe, but the FDA did not remove it from US markets until 2000. These concerns about safety don’t stop with drugs, but is also applied to FDA regulation of food, additives and processing technologies. The FDA allows meat manufactures to use carbon monoxide gas mixtures during packaging to prevent discoloration of meat. This process can hide any signs of spoilage, which could lead to consumers ingesting meat that is actually rotten. The FDA also allows the use of antibiotics in healthy animals to promote their growth. This is thought to be contributing to the development of antibiotic-resistant bacteria. Recently, they have taken steps to reduce the use of certain antibiotics, but they have not banned all use of antibiotics in healthy animals.

Critics also say that the FDA has many biases. This thought is confirmed by people who are part of the FDA. In 1969, shortly after his resignation as Commissioner of the Food and Drug Administration, Dr. Herbert L. Ley, Jr. said in an interview that people are thinking that the FDA is saving them from harm, but it isn’t. He also said that what the people thinking the FDA are doing versus what it is actually doing are two very different things. Unfortunately, this problem has continued through to current day. In a 2005 interview, the associate director of the FDA’s Office of Drug Safety, Dr. David J. Graham, stated that the FDA is biased towards pharmaceutical companies because it considers them a client and feels that they must speak for/expand the drug companies interests by endorsing as many drugs as possible even if they are unsafe or not needed. The biases also apply to the blood donation process. There is a guideline that prohibits use of blood donations from any man who has had sex with another man at any point since 1977. According to the FDA, this is to protect blood recipients from HIV. In 2006, America’s Blood Centers and American Red Cross suggested that the deferral period for homo- and bisexual men be the same as the deferral period for heterosexual’s who fall into a high-risk category. Even after this recommendation, the FDA decided to retain the ban. Critics state that the FDA’s bias against medical cannabis is politically motivated and not based on science. There is a significant amount of research that states that cannabis has medical value and should be accepted as a medicine, but the FDA has released statements that directly contradict this.

Most recently, the FDA has come under fire for taking too long to order companies to remove contaminated food and supplements from stores. Also, the FDA has the authority to issue mandatory recalls due to the Food Safety Modernization Act of 2011, but typically it does not. The FDA recommends that a product should be recalled and alters the public to safety concerns, but it is up to each company to recall the contaminated food. This the case with current outbreak of E. coli in Romain lettuce. The inspector general of the Department of Health and Human Services recently released a report that investigated some of the food recalls between 2012 and 2015 finding that the FDA was not well-organized or able to ensure prompt response from companies during the food recall process. These delays put consumers at unnecessary risk. Data from the Center for Disease Control (CDC) highlights the importance of needing a more efficient food recall process. According to them, about 48 million Americans get food poisoning from contaminated food each year. Of this number, 138,000 are hospitalized and 3,000 people die. While it is unknown exactly how many of these cases could be prevented, it is clear that that a better recall process would have a significant positive impact.

The FDA has enormous responsibility to protecting Americans from harm from a huge array of products. Based off of past history and current data, there is room for substantial improvements in how they accomplish this. They should be reviewing their policies and changing regulations to increase the timeliness and safety of how products are approved and removed from the market. For example, their relationships with companies, like pharmaceuticals, should not dictate a drug’s approval or removal from the market. In regards to food recalls, the FDA needs to exercise its authority of mandatory recalls and guarantee that companies follow them in a quicker fashion. Now is the time for the FDA to step up and do what it was formed to do, protect Americans from harmful products, in a way that is better than it has been doing in the past.