Why is this such a bad idea?

From the time we are small, we are encouraged to participate in groups collaborating with other to use critical thinking to come up with important ideas. While this is an important skill to have, there are several things that can go wrong with this thought process and lead to a variety of problems. This, in part, is what lead to the events that took place in Charlottesville, Virginia. What happened that caused it to go from a peaceful protest to violence? What can we learn from it to prevent it from happening again? 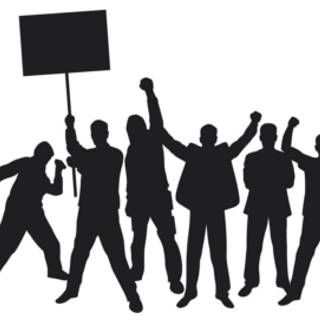 The very definition of critical thinking is to question ideas, opinions and thoughts not just of yourself, but of others. This how great ideas are formed. One of the problems with group thinking is sometimes people hold back an idea/opinion or are afraid to speak up if they feel that something is wrong with the group decision because they don’t want to seem different. This takes place more frequently than we think. How often have you been in a meeting and not said something because you don’t want to be criticized for your ideas?

The second issue is when this occurs in addition to blindly following trends because you want to be considered cool or part of the group. This added component is referred to as herd mentality. Herd mentality has certain elements that must be present in order for it to be effective. Typically, the group begins to believe its own hype and that they can do no wrong. They will create rationalizations to convince themselves that their beliefs are right despite evidence to the contrary. Some of their decisions will pay off, this reinforces their viewpoints and they will overlook any negative ones. People who oppose the group are declared heretics, non-believers or stupid. If a member of the group raises a contrary opinion, pressure is placed upon them by the entire group, this is usually done by the other group members openly calling that person disloyal. This causes members to keep any concerns they have about the group to themselves because they fear ridicule (group thinking). By not saying anything, it is viewed that everyone is in agreement with what the “group” believes. Also, there are self-appointed members who protect the group from conflicting opinions (these can be internal or external). There are several factors that can influence herd mentality. What is considered to be “normal” thoughts are actually opinions stated as facts by self-proclaimed experts. In our society today, all of these thoughts are everywhere thanks to our advances in technology. It is far easier for people to not have to think and be told what to believe that to actual spend the time investigating the truth. The world is much simpler to live in when you don’t have to critically think. The other component that pushes people toward herd mentality is that it is uncomfortable to think outside your group…most people want to be accepted.

How does this lead to what happened in Charlottesville? Herd mentality was definitely present in the way the groups came together in relation to their belief about why they were gathered, either for or against something. However, herd mentality does not necessarily mean that things can escalate to the level of violence. There is another component that must be factored into the equation and this is mob mentality. People behave very differently by themselves compared to how they behave in small groups and different still when they are in large crowds. Behavior in large crowds is affected by a wide variety of factors. Crowds easily become wild, uncontrolled and frenzied. This can result in unreasonable and emotionally charged behavior from the members and violence is often an end product. Sometimes, like-minded individuals gather and focus on the “correct” choice from limited number of possibilities. The outcome of this does not have to be violent (peaceful protests). A third consideration is the combination of these two. This is when you have like-minded individuals come together which provides anonymity and emotions take control of the group dictating the overall behavior. It is human nature to imitate each other’s behavior. This is why in a crowd setting we act in ways that we never would have considered or done independently.

In the case of Charlottesville, you have numerous factors that contributed to the tragic events. You have two groups, both extremely strong in their beliefs that they are correct and yet polar opposites of the other group. Each group had a major emotional investment into their belief. So, you have like-minded individuals gathered together for an emotional cause and then you have a group that is polar opposite in their beliefs but just as strong as the other put into a crowd scenario. This is where herd mentality meets mob mentality. When the two crowds were not properly controlled by authorities to keep them separated, horrific violence ensued. The take away from this is that herd mentality is ever present and given the right mix of an emotional crowd and lack of control, mob mentality rears its ugly head.

We as a country need to do a better job of critically thinking and questioning where the information we receive is coming from. Everyone is entitled to their beliefs (some are more depraved than others) and the freedom to express those beliefs. This what is America was founded upon. Our great country became what it is because of our diversity and willingness to embrace others coming here to seek a better life. No question there are moments in our history that are dark and should serve as a reminder of how bad it was and act as a catalyst to continue moving forward to better, brighter tomorrow. Everyone in our nation should have the same opportunities not based on status, race, religion or any other reason, but simply because they are Americans.