While you may know that having good health is important, do you know how your health is impacted by your wealth or lack thereof? Most of the time, we think of health and wealth as two separate things, but they are actually tied very closely together. What are the impacts of one on the other? What should be done to improve everyone’s health? 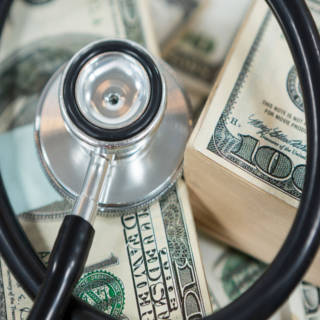 Your health is vital to your existence and numerous things impact it, but one of the greatest of these is the amount of wealth you have or don’t have. Underneath this broad statement, there are several factors that need to be considered. One of the main points is that financial problems can lead to health problems and health problems can lead to financial problems. Either way, once the cycle starts, it tends to spiral out of control and both get worse. Financial stress can cause anxiety, migraines, insomnia and physical ailments. However, due to financial concerns, individuals do not get regular checkups, which means they don’t know that they have a medical condition until it because a serious problem requiring them to seek emergency care (this just increases their financial struggles). Also, individuals who have lower income often make poor dietary and lifestyle choices (often they adopt unhealthy habits). Unfortunately, the way our society is based, the least nutritious food is typically the cheapest and this is what people who have lower incomes have access to. A lifestyle choice this higher among those with lower income is smoking, which is a two-fold problem. In the short-term, it is an expensive habit to maintain because cigarettes and other products are not cheap. In the long-term, the affects of smoking create significant health problems that necessitate treatment and this increases financial burden on people who already have difficulty affording basic needs. For people who are barely making ends meat, the ability to go to a doctor or have a gym membership is an extravagance they can’t afford. So, adults who have lower incomes are more likely to suffer from high blood pressure, obesity, heart disease, infectious diseases and mental illnesses. Children who come from lower income families usually have higher rates of asthma, obesity and poor nutrition. Also, due to their decreased access to healthcare, they have lower vaccination rates leaving them susceptible for contracting serious diseases. It is estimated that 1 in 5 American children live below the federal poverty line. How is this possible when America is one of the wealthiest countries in the world?

America falls short in several significant health areas. These are adverse birth outcomes (infant mortality and low birth weight), injuries and homicides (including car crashes), sexually transmitted diseases, HIV/AIDS, drug/alcohol-related deaths, obesity, diabetes, heart disease, lung disease and disability (arthritis and other limitations). In all these areas, the US has more people afflicted with conditions and deaths than other countries throughout the world that have similar wealth. Several factors contribute to our lag in these areas. Those with lower income can’t afford health insurance, even though they are the ones who need care more often. The lack of insurance causes them to avoid seeking medical attention until it is absolutely necessary for them to do so because they are concerned about the cost of paying for healthcare services. Another component of this is that poor health gets in the way of being able to make money and this decreases the earnings of individuals who are unable to work due to illness. This is the cycle that just gets worse as time goes on. You might think that individuals who have higher income would have better health and you would be correct in that belief when comparing it to lower income individuals. However, even Americans that have insurance and easier access to healthcare have worse health outcomes than people in similar socioeconomic brackets in other countries. Health insurance is typically the result of a college education that leads to a higher paying job that provides the insurance and the financial resources to pay for services (ex. gym membership) that encourage healthy behaviors. In addition to the disparity between lower and higher incomes, our healthcare system is extremely fragmented. Our country provides some of the best care in the world to the elderly. This is evidenced by the US having the lowest mortality rate from stroke and cancer compared to any other country. We also have a higher survival rate for people who live past the age of 75. No question that these figures are important, but the area that we don’t focus enough on providing the same level of care to younger Americans. A huge element of this is the lack of focus on preventive care. When this is not addressed, like it should be, we have more people who end up with chronic conditions that need more and more involved healthcare services as they age. We also don’t spend enough time putting effort into early childhood care. This is paramount in having a long-lasting impact on the lives of the children receiving the care. They would have better health outcomes starting from an early age, which would benefit society as a whole over the long term.

Recent studies have found that when there is a wide gap between those at the top versus those at the bottom of the socioeconomic ladder, but the health of all individuals suffers because of this gap. The areas that have a higher socioeconomic status tend to spend less on public health programs because individuals are able to pay for services that help to improve their health. This puts people in those areas who have lower income status at an even greater disadvantage. This practice only causes the gap between the wealthy and the poor to become even wider. Everyone is concerned where they are on the socioeconomic ladder and are constantly trying to improve their position. This inequality causes chronic stress, which causes your immune system not to function as efficiently, slows down your body’s ability to repair/grow tissue and causes issues with reproduction. The studies demonstrate that those who live in countries where there is less inequality not only live longer, but those societies have less violence, there are less teen pregnancies, the rate of obesity is lower, the use of illicit drugs is reduced and overall people have better mental health. So, how do we fix our problem?

The major modification that needs to happen is for policy changes that start from the top down. The main focus of these changes would be to close the gap between the wealthy and poor. This is key in helping those with lower income be able to afford healthcare causing them to have better health, which in turn, helps all of us to have better health because we aren’t worrying about always staying one step ahead on the socioeconomic ladder. There are several policies we can implement that would make a difference. One of these would be to increase taxes for those with higher incomes and using the increased revenue to fund public health programs for those with lower incomes. Another option is allowing employees to own shares of the companies that they work for because this spreads the income to all individuals rather than a select few. Also, by allowing employee representatives to sit on company boards, it would give a voice to all employees in regards to deciding company affairs. While these changes seem simple, it is hard to put them into place because it upsets the status quo and most people don’t like change. The other big factor is that politics play a significant role in blocking policy changes due to the views held by individuals who hold public office and the constituents they represent. This is why some areas don’t teach sexual education in school. It is the reason why it is incredibly challenging to have a discussion on gun legislature. Also, the food industry is allowed to make/market unhealthy food that are contributing to rise in obesity and all of the health complications that come with it. As individuals, we need to financially plan for living longer. This means saving enough money to last past when you think you will live to help cover expenses that come with have a longer life.

Our health is deeply intertwined with our wealth. The more money you have, the more likely you are to be healthy because you can afford to pay for health insurance and services that improve your health. The gap between America’s rich and poor is only getting wider and unless we do something to change this, all of us will continue to have poor health. It is time for us to stand together and make a difference for our health future.