What does it mean to have too much fluid in the brain?

One day, you go to check on your infant son in his crib and notice that the soft on his head seems to be bulging. When you pick him up, he’s very sleepy and easily irritated. You take him to the doctor, and she is concerned that your son has hydrocephalus. What is this? Is it serious? How is it treated? 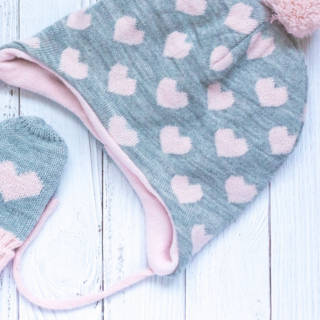 Hydrocephalus occurs when there’s an excess of cerebrospinal fluid in the cavities (ventricles) of the brain. Cerebrospinal fluid (CSF) is produced by the tissues that line the ventricles and flows between them through interconnecting channels. It also flows freely into the areas around the brain and spinal column. This helps to keep your brain floating inside your skull and provides cushioning to protect it from injury. The fluid also removes waste products of the brain’s metabolism. Eventually, cerebrospinal fluid is absorbed by blood vessels in tissues near the base of the brain. The fluid movement allows for changes in blood pressure in the brain, which creates a constant pressure. This is vital for your brain to function correctly.

Sometimes, there’s too much cerebrospinal fluid resulting in the pressure increasing and can lead to brain tissue damage and a variety of impairments. There are three reasons that you can have too much CSF. The most common is a partial obstruction of the flow. It can occur between ventricles or between ventricles and the other spaces around the brain. A lesser problem is that the blood vessels that absorb the CSF aren’t functioning properly. Typically, it’s the consequence of a disease or injury. A rare cause of excess CSF is that it’s being produced faster than it can be absorbed.

While hydrocephalus can happen at any age, it usually is seen in infants or individuals older than 60. Symptoms vary according to the age of the person at the onset of the condition. For infants, symptoms include changes to their head, such as an unusually large head, a rapid increase in the head’s size, or a bulging/tense soft spot (fontanel) on the top of the head. Other symptoms are vomiting, sleepiness, irritability, poor feeding, seizures, eyes fixed downward (sunsetting of the eyes), muscle tone/strength deficits, poor responsiveness to touch, and poor growth. Toddlers and older children might have a headache, blurred/double vision, sunsetting of eyes, abnormal enlargement of a toddler’s head, sleepiness/lethargy, nausea/vomiting, unstable balance, poor coordination, poor appetite, seizures, urinary incontinence, irritability, change in personality, a decline in school performance, and delays with previously acquired skills (ex. walking or talking). In young or middle-aged adults, you might notice headache, lethargy, loss of coordination/balance, loss of bladder control, frequent urge to urinate, impaired vision, and decline in memory, concentration, and other thinking skills. Adults over 60 will probably display loss of bladder control, frequent urge to urinate, memory loss, progressive loss of other thinking or reasoning skills, poor coordination/balance, and difficulty walking (often described as a shuffling gait or the feeling of the feet being stuck). If you notice any of these symptoms, make sure the individual gets prompt medical attention. If you notice that infants or toddlers have a high-pitched cry, problems with sucking/feeding, unexplained/recurrent vomiting, an unwillingness to move the head or lay down, breathing difficulties, or seizures, get them to the nearest emergency room.

Hydrocephalus can have long-term complications, which are difficult to predict because they can vary widely and depend on underlying medical problems, the severity of initial symptoms, and how quickly it was treated. Some infants are born with the condition, resulting in intellectual, developmental, and physical disabilities. For individuals who have a decline in memory or other thinking skills, their recoveries aren’t as good, and symptoms often will remain even after treatment has been provided. The cause of hydrocephalus isn’t known in many cases, but several things are thought to increase the chance of developing it. For infants, it can be from abnormal development of the central nervous system that obstructs the flow of CSF, bleeding within the ventricles (a possible complication of premature birth), or infection (ex. rubella or syphilis) during a pregnancy that can cause inflammation in fetal brain tissues. For other age groups, hydrocephalus can result from lesions/tumors of the brain or spinal cord, central nervous system infections (ex. bacterial meningitis or mumps), bleeding in the brain (ex. stroke), or other traumatic injuries to the brain. 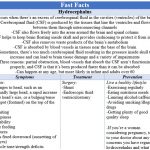 The primary treatment for hydrocephalus is surgery, and there are two main types. The most common is inserting a shunt, a drainage system that allows excess CSF to be removed from the brain. To do this, a long flexible tube with a valve that ensures the fluid flows in the correct direction and at the proper rate is inserted into one of the person’s ventricles. The rest of the tubing is then tunneled underneath the skin to another part of the body where the extra CSF can be absorbed. This could be to the person’s abdomen or a chamber in their heart. The shunt will need to be in place for the rest of the person’s life and requires regular monitoring to check that it’s functioning correctly. The second surgical option is endoscopic third ventriculostomy. During this procedure, the surgeon uses a small video camera to see inside the person’s brain, so they can make a hole in the bottom of one of the ventricles or between the ventricles, which allows the CSF to flow out of the brain.
Given the nature of the procedures, complications aren’t uncommon. Shunts can stop draining due to mechanical malfunctions, blockages, or infections. Ventriculostomies can result in bleeding or infections. In either case, the person will exhibit fever, irritability, drowsiness, nausea/vomiting, headache, vision problems, redness/pain/tenderness of the skin along the path of the shunt tube, abdominal pain when the shunt valve is in the abdomen, or recurrence of any of the initial hydrocephalus symptoms. If a person has any of these symptoms, they need immediate medical treatment.

For individuals with long-term complications, especially children, there are other essential treatments to consider so they can have the best life possible. Besides their pediatrician (or primary doctor), they need to see a neurologist (pediatric when appropriate), occupational therapist, developmental therapist, mental health provider, social worker, and/or special education teacher. Thanks to all of the supportive services, most individuals with hydrocephalus live with few limitations. For family members, there are many resources available that provide emotional and medical support.

Since the cause of hydrocephalus is unknown in most cases, it’s hard to say one thing that will prevent it. It’s vital to live a healthy lifestyle by exercising regularly, eating nutritious meals, limiting alcohol/caffeine, avoiding smoking/illegal drugs, and getting plenty of good quality sleep. Doing all of these things will help keep your body functioning optimally, decreasing your chances of getting infections and chronic conditions that could place you at risk for hydrocephalus. If you’re a woman considering pregnancy, talk to your doctor about any concerns you have regarding hydrocephalus and what precautions you should be taking.

Meningitis was once a common cause of hydrocephalus, so many people wonder whether they or their children should be vaccinated against it. According to the Centers for Disease Control and Prevention (CDC), preteens should receive the vaccine, and teenagers should get boosters. For younger children and adults, they should have the vaccine if they’ll be traveling to countries where meningitis is common, have an immune system disorder (terminal complement deficiency), have a damaged/absent spleen, live in a college dormitory, or join the military.

Hydrocephalus is a very serious medical condition that can be corrected with the right, timely treatment, allowing the individual to have a relatively normal life. If you have any questions or concerns about hydrocephalus, please speak with your doctor. If you would like more information, please visit the Hydrocephalus Association at https://www.hydroassoc.org/hydrocephalus/