The new future of transplants?

Imagine if you needed a new bladder, liver or heart, this idea can be quite frightening. Until we are told otherwise, we assume that the organs that we are born with are the ones we are going to have until we die. However, due to disease or injury, sometimes we need a new organ. The current technology of transplanting an organ from a donor has proven to be life-saving and has given many people a second chance at life that they wouldn’t have had. It isn’t without risk and can pose some serious complications. What if there was alternative? 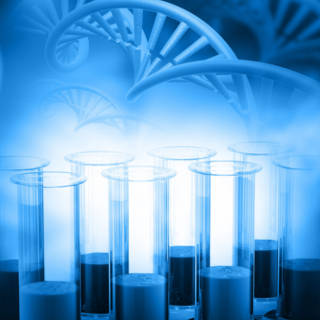 The current practice of transplanting an organ from one individual into another to replace a damaged or diseased one is a demonstration of the miraculous advances we’ve been able to make in the field of medicine. While this has definitely prolonged and improved quality of life for many people, there are certain things that you must be aware of once you have received a transplant. First is the possibility of your body rejecting the new organ because it views it as an invader and your immune cells act accordingly. In order to prevent this, you have to take medication to suppress your immune system to prevent this reaction from occurring. You need to take these medications for the rest of your life. Since these medications suppress your immune system, you are at increased risk for developing other infections that you wouldn’t have to worry about if you weren’t taking the medication. The other major issue is that there is a donor shortage for major organs, like heart and lungs. This is primarily because in order for the organ to be available, the donor is usually deceased. What if there was an alternative that didn’t involve having to wait for an organ to become available and without the possibility of rejection?

There is amazing new research being conducted to provide that very thing. This study of replacing, engineering or regenerating human cells, tissues or organs to restore or establish normal function is called Regenerative Medicine. The two main components are molecular biology and tissue engineering. One focus is to stimulate the body’s own repair mechanisms to functionally heal previously irreparable tissue or organs. The other focus is to grow tissue or organs outside the body in a laboratory and implant them in the recipient. This would be done if the body couldn’t heal itself.

In order to understand how this could ever be possible, we need to start by looking at stem cells. Stem cells are the building blocks of our bodies. They can become any one of the 220 different cells that make our body. They also have the ability to reproduce themselves many times over. These two features are the key to being able to use them to create organs for people who need them. There are two types of stem cells: embryonic and adult. Embryonic are stem cells that come from an embryo, which are a mass of cells in the earliest stages of human development that, if implanted in a womb, will eventually become a fetus. When an embryo is 3-5 days old, it has stem cells that are rapidly working to create various organs and tissues. Embryonic stems cells are effectively grown in a lab, but not easy to control. Adults have stem cells in the blood, fat, heart, brain, bone marrow, lungs, dental pulp, skeletal muscle and other organs. They act as built-in repair kits that are able to regenerate cells damaged by disease, injury and everyday use. They were thought to be more limited than embryonic stem cells in that they could only create the same type of tissue from which they originated. However, new research suggests otherwise. They are thought to have the potential to generate other types of cells, but since they are more difficult to extract and culture, it makes them a little harder to work with. Adult stem cells are more challenging to replicate in a lab. In either type, stem cells are controlled by internal and external cues. Internal cues are from your genes. External cues could be chemicals released by other cells or coming into contact with other cells that can change the way a stem cell functions. Scientists have figured out that turning genes on or off is critical to the process of differentiation, but some signal is needed to give this cue and that is what they are still searching for. So, how are we able to use a glob of stem cells to create an organ that has very specific functions?

The process of creating an organ is a delicate one. The first step is to create a scaffold out of a biodegradable polymer in the shape of the organ that is desired to be created. The next step is to seed the scaffold with either type of stem cell. The third step is to add growth factors that are specific to that organ to the stem cells. The last step is to implanted the tissue-covered scaffold into the person who needs the new organ. As the tissue grows from the stem cells, the scaffold will degrade until all that is left is a complete organ. If we are able to use a patient’s own stem cells, the chances of rejection would be eliminated. Another possibility is to repair a damaged or diseased organ with healthy cells and growth-inducing molecules in order to allow the new tissue to replaced affected part. An additional option being studied, is to decellularize organs (strip them of the donor’s living cells) and replace them with new growth from potential recipient’s stem cells. This process would also eliminate the possibility of rejection because it gets rid of the components that could cause an immune response.

The process of creating a scaffold and tissue organ requires great precision. This has led to some very innovative technology being created. There has been a body-part printer developed by a biotech firm in San Diego. The printer uses laser jets to guide droplets of cells and scaffold material onto a moveable platform. A 3-D piece of tissue is gradually created as the platform sinks down a fraction, passes the printer head and the next layer of cell/scaffold material is deposited the previous layer. So far, they have had success at creating pieces of skin, muscle and blood vessels. At the Wake Forest Institute of Regenerative Medicine in North Carolina, they have had success at growing and implanting a complete, functional human bladder. So far, they have implanted 24 laboratory-grown bladders into children and young adults who were born with defective bladders that ultimately would lead to kidney damage if not replaced.

The advances we have made at being able to repair and/or replace damaged tissue and organs is remarkable. While we aren’t quite to the point where we can grow someone a new heart from their own stem cells, we are certainly headed in that direction. Just the thought that some day people wouldn’t need worry about organ shortages and organ transplant rejection is amazing!