Why is the United States’ decreasing?

As improvements have been made in healthcare, sanitation, reduction of waste and many other areas, the life expectancy in the United States continued to rise steadily over the past several decades. Unfortunately, that is no longer the case and life expectancy is actually declining. Why is this happening? What can we do to stop this decline? 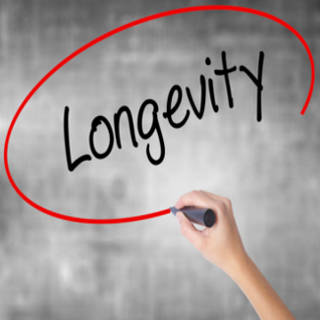 The decline in life expectancy started in 2015, continued to decline in 2016 and preliminary data for 2017 shows that it may drop even further. To give a perspective of how serious this is, the United States’ life expectancy has not had a three-year decline since World War I and the global influenza pandemic a century ago. When you take into consideration that during the height of the AIDS epidemic in the 1990s life expectancy did not decrease multiple years in a row, this decrease is profound. There are two main causes for the current decline: opioid crisis and number of deaths from cardiovascular health issues has leveled off.

The significant increase in deaths related to illegal opioid use is the major contributor. This isn’t because more people are doing drugs, but due to the greater lethality of the drugs they are using. The two major drugs responsible are Fentanyl and Carfentanil. Both are synthetic opioids meaning they are easy to manufacture making them cheap to buy. Both are extremely potent and a small dose is enough to be lethal. The second contributor is the decline in deaths from cardiovascular disease has leveled off. When you look at the past 50 years, the number of deaths related to cardiovascular issues has decreased around 60%. This accounts for about three-quarters of the gains that were made to life expectancy during this time period. So, when you take into account the decrease in deaths from cardiovascular issues and the increase in deaths related to drug overdoses, there isn’t enough of an offset to prevent life expectancy to decrease. Part of this is due to that drug overdoses tend to kill younger people and this impacts the life expectancy significantly. In order to get the life expectancy back on tract, we need to fix both of these more quickly and effectively.

The recent focus on the opioid crisis has brought heightened attention to how overprescribing of narcotic pain medications has given way to the crisis. This attention has helped to bring forth new prescribing guidelines that doctors must follow. Opioids should only be prescribed for those on palliative care and no more than three days for acute pain. Also, the healthcare profession needs focus on treating injuries and pain with appropriate physical therapy. While this is a step in the right direction, especially for future patients, it doesn’t help those currently addicted. In order to help these individuals, medically-assisted addiction treatment programs need to have wider accessibility, not only in locations, but financially as well. By providing easier access to medications that help to decrease withdrawal symptoms and lessen cravings and programs that offer support through counseling, we provide people with a better chance at preventing a relapse. All it takes is a few doses and a person is addicted for life. Take a few too many pills and you could be dead. No other type of medication kills such a high proportion of people who take them.

Despite the sheer volume of deaths from the opioid crisis, it isn’t the leading cause of death in the United States. That title belongs to cardiovascular disease. On average, it kills 15 times as many people as drug overdoses. Since it is a slow progress and not a sudden death as an overdose, we do not provide enough attention and resources to reduce it. Some of the programs that have been implemented, such as increased access to no or low-cost screenings and treatment, have helped people gain control over their blood pressure and cholesterol levels. We need to continue to do this, but should also focus on holding systems accountable and reward positive outcomes, like blood pressure control, cholesterol management, appropriate use of aspirin and smoking cessation, at a community level. This means not just healthcare professionals and organizations, but everyone. Obesity is one of the leading causes of complications for cardiovascular disease. By taking a systemic approach to addressing obesity by changing the foods we eat and encouraging more physical activity, it will have far greater impact that relying on each individual to change. Think of it this way, it is far easier to avoid obesity as a whole than try to undo it one person at a time. By partnering with the food industry to reduce the amount of sugar-sweetened and salt-added foods that they produce, it reduces the health risk to everyone and puts the choice into the consumers’ hands if they want to add sugar or salt to their food. This will help to save not only money, but lives. In order to successfully do this, we need to set political parties, individual (company) interests and personal agendas aside and do what is right for all the American people.

When we are young, we often envision our self growing old and living a long, full life. No one imagines that their life will plagued by addiction or cardiovascular issues. There are numerous steps that we, as a country, need to take in order to help fulfill this image of a long life. Currently, our country is in a crisis and it is up to all of us to make changes to help our fellow Americans and provide a better life for future generations.