Women have had many varieties of birth control to choose from for several years. All of these are fairly safe and effective. For men, they only have two options—condoms or vasectomies. What if there was another option? What if men could take a pill that would provide birth control much in the same way that women do? 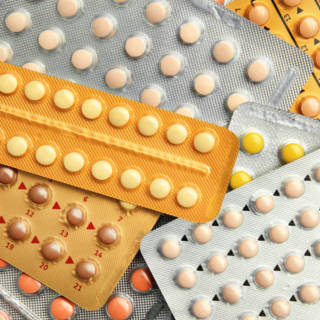 Trying to prevent childbirth is not a new concept. There are artifacts that date back to ancient times showing that contraceptives have been in use for thousands of years. Despite this, almost half of pregnancies are unplanned in the United States. When you take into account that unplanned pregnancy places an enormous health, emotional and economic burden for individuals and the country, there’s clearly an unmet need. Women have a variety of options to choose from when it comes to preventing pregnancy, such as the pill, patch, vaginal ring, intrauterine devices and injections. The most commonly used option is the pill that combines different hormones and releases them into the body to suppress the ability to get pregnant. According to the Center for Disease Control and Prevention (CDC), it’s only got a 7% failure rate. For men, there’s nothing like hormonal contraception available, which means that women primarily are the ones burdened with the role of contraception. The only options for men are condoms or a vasectomy. Since the CDC reports that condoms have a fairly high failure rate at 13% and other sources say it’s even as high as 18% and most vasectomies can’t be reversed (not always the case), it’s time for a different option.

While the idea of a male birth control pill may seem new, it’s not. In 1951, Gregory Pincus, an endocrinologist who is well known for studying the effects of hormones on illnesses like heart disease and schizophrenia, began researching how hormones could influence a woman’s menstrual cycle to find a way to forestall ovulation. He found that a combination of estrogen and progestin was the answer. He designed a pill that contained the two hormones and it became known as Envoid. It was marketed as a “menstrual regulator with a side effect of preventing pregnancy.” In 1960, the Food and Drug Administration (FDA) approved it to be used as a contraceptive and shortly thereafter it was simply called “the pill.” While doing the research that led to the pill, Pincus also hoped to create an equivalent of it for men. He thought that, similar to how progestin could upset a woman’s natural menstrual cycle, it could also disrupt the natural production of sperm. Unfortunately, his results were inconclusive and interest in developing a male hormonal birth control faded as the success of the pill continued to grow. However, some researchers still worked on the idea. The National Institute of Health (NIH) supported clinical trials during the 1970s and the World Health Organizations (WHO) sponsored multinational studies in the 1990s. So far, none of the products researched have ever reached the market.

Currently, researchers at the Los Angeles Biomedical Research Institute and the University of Washington are trying to develop hormonal birth control for men. The goal is to have a product that is comparable to the female version as far as its efficacy rate. There are several products under development, including two pills and a topical gel. These products rely on the same things that female hormonal contraceptives do, which are exogenous hormones. In fertile men, new sperm cells are constantly made in the testicles, triggered by hormones. In one ejaculate, there are millions of sperm, somewhere between 15 to 200 million per milliliter. Fertility researchers have learned that a man’s sperm count doesn’t need to be lowered to zero in order to prevent contraception. Instead, a count of around 1 million sperm per milliliter of ejaculate is low enough. For men, the exogenous hormone that influences sperm production is testosterone, which is produced in the body instead of estrogen. By adding progestin in the male contraceptives, it blocks the signal from the brain to the testicle, which means the testicle stops producing testosterone. Without high amounts of testosterone in the testicle, the sperm don’t mature. The testosterone in the pill signal to the brain that testosterone levels in the bloodstream are adequate and this helps to balance out any side effects. One way that male contraceptives would be different is that they would not have a week of placebo pills, like female birth control pills, because men don’t have to worry about menstruation. While it’s certainly possible, the process has proven to be challenging because interfering with hormones in either gender causes side effects. For women, this means anything from weight gain and moodiness to high cholesterol and blood clots. For men, it can mean erectile dysfunction and lower libido. Unsurprisingly, the side effects have caused serious issues for development. There was male birth control product that was under a trial in 2016 that stopped enrolling volunteers early because so many men complained of side effects. The goal of the current research is to find a combination of hormones that will be effective but with minimal side effects.

The pills currently being researched, dimethandrolone undecanoate (DMAU) and 11-beta-methyl-19-nortestosterone dodecylcarbonate (11-beta-MNTDC), seem to not have the issues with side effects that earlier formulations had. The good news is that they’ve passed human safety tests. However, it’s still relatively early in their development cycle. DMAU reduces the levels of the hormones to levels that are low enough to suppress sperm production. However, the subjects in the study who were given the pill, not the placebo, did have weight gains of between 1 – 3 pounds on average and a small decrease in good cholesterol levels, HDL. A positive thing is that while on DMAU, the men in the study didn’t experience the intense side effects like the men in the 2016 study because there was still enough testosterone in their blood to maintain the things that it needs to, like hair, libido, muscle maintenance and low voice. 11-beta-MNTDC is a modified testosterone that has the combined actions of a male hormone, androgen, and progesterone. This combination is thought to decrease sperm production while preserving libido. Among men in the study receiving the pill, the average circulating testosterone level dropped as low as it would be in androgen deficiency, but the participants didn’t report any severe side effects. Similar to DAMU the androgen mimics testosterone through the rest of the body but there isn’t enough of it in the testes to support sperm production. Once again none of the men in the study reported any significant side effects while taking the pill. Some did report feeling fatigued, headaches, increased amount of acne and decreased libido, which are all common symptoms for women who take birth control pills. When asked if these symptoms were bad enough that it would cause them to not take the medication, they all said no. Besides being a small number of participants, both studies were conducted for short periods of time (28 days), which was enough time to see a drop in testosterone level, but too short to see if there was optimal sperm suppression because it would take at least 60 – 90 days to affect sperm production. This means that the next studies would need to be done with more participants for longer periods of time. Another thing that future studies will need to monitor is that the effects of pills remain reversible after the treatment was stopped. A topical gel, NES/T, contains a combination of the hormones progestin and testosterone and men would need to apply it daily to their shoulders and arms. This is even further along in the research process. The contraceptive gel has not only passed safety tests, but is being tested in nine cities by couples as their sole form of contraception. The research team is also developing other male contraceptive items, including a reversible long-acting injectable and a patch. If there are men who are not interested in taking hormones, but want to have other options for birth control besides condoms and permanent vasectomies, some scientists are looking at ways to block sperm from ever leaving the penis. Vasalgel is a polymer material that is injected into the two ducts that transports sperm from the left and right testicles to the penis. This would effectively be a non-surgical vasectomy and is reversible. This would make it a long-acting male contraceptive that doesn’t require hormones. The only downside is that it has been only tested in animals so far, which means more research is needed before it will be safe to use in humans.

One of the greatest challenges for researchers is getting pharmaceutical companies interested enough in their products to fund further research and development because currently there is no interest from pharmaceutical firms to fund new methods of contraception that target men. It’s expensive to take an idea for a medication and make it into reality, especially since they require lengthy, well-designed studies to make sure they are safe, effective and reversible. Researchers state that their goal isn’t to take away any form of birth control that’s already accepted, but to provide another choice. There are some surveys that say there’s huge demand for effective hormonal contraception for men because they want to be more active in family planning. Unfortunately, those who want it will have to wait at least 10 more years for hormonal male contraceptives to come to market because contraceptives have a longer timeline for testing than most medicines since they’ve got to work continually. This means that they need to be used for a year or two by individuals as a contraceptive in a trial before they can be proven effective.

The benefit of having male hormonal birth control as an option is that it would fill an unmet need of providing choice to men and allowing them to play a more active role in family planning. A side benefit is that it could help reduce the number of unplanned pregnancies. While it may still be several years away from being widely available, knowing that it is something that will be available in the future should provide those who are waiting for it with some hope.