Should it be legal everywhere?

Marijuana is a not a new substance, but the debate about whether or not it should be legal for medical, recreational or both has been gaining more ground on a national level for the past few years. As more and more states are looking at the possibility of having their residents vote on whether or not to allow marijuana use to be legal, what impact does it have on the human body? How would legalizing marijuana be beneficial or harmful to society overall? 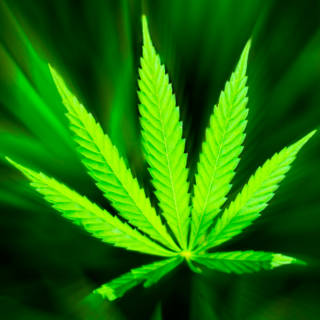 Marijuana has been around for centuries and refers to the dried leaves, flowers, stems and seeds from Cannabis sativa or Cannabis indica plant. It contains multiple compounds, but the one that affects the body the most by altering neurological function is THC (tetrahydrocannabinol). Marijuana can be smoked via joints, pipes, blunts, bongs, vaped or ingested through foods. The use of marijuana-extracts is on the rise. This involves smoking THC-rich resins that were extracted (dabbing) and comes in numerous forms (hash/honey oil, wax/budder or shatter). Due to the higher concentration of THC, there has been a higher amount of people overdosing on marijuana and needing hospitalization to recover.

The effects of marijuana on the body primarily effect the brain. The most noticeable effects are experienced in the short term, including altered senses, altered sense of time, changes in mood, impaired body movement, difficulty with thinking/problem-solving, impaired memory, hallucinations, delusions and psychosis. It typically takes 30 – 60 minutes to start experiencing any affects. The long term neurological affects are related to brain development. This is especially a concern if someone starts using marijuana while they are a teenager because their brain is still developing. It has also shown a link to mental illness over long-term use, particularly in regards to those who start using at a younger age. Some other physical effects of using marijuana are increased heart rate (can last for three hours after use), difficulty breathing (irritates the lungs when inhaled) and problems with child development during and after pregnancy. It has also been shown via studies that most people who use marijuana before they are 18 are more likely have some level of addiction to it. Even though they may have an addiction to it, most do not go on to use “harder” drugs. It is more likely social interactions that place a stronger influence on whether or not someone uses more potent drugs than marijuana.

A ban on marijuana was not the intention back in 1937 when the federal government introduced the Marijuana Tax Act, but it is what happened. It required marijuana sellers to obtain a license, but the people who were supposed to be issuing licenses, did not and this effectively banned marijuana from being sold. As time went on, it became a criminal offense to possess or use marijuana in many states and, eventually, the federal government. Even with these laws in place, marijuana was widely popular in the United States during the 1970s. Technically, under federal law, marijuana is classified as a schedule 1 drug (meaning it is highly addictive and doesn’t contain any medical value). Possession/use is considered illegal and you will be prosecuted, even if it is being used for medicinal purposes. Since 1996, when California decriminalized possession (under 28 grams) and legalized medical marijuana, the discussion about whether or not it should be legal has been on-going. Currently, 29 states, Washington D.C., Gaum and Puerto Rico have legalized medical marijuana. Colorado took it a step further and legalized the recreational use of marijuana. They permit not only possession, but the retail sale of it. Their law does prohibit public consumption (can’t smoke in public) and it is illegal to possess marijuana on federal lands (including national parks, forests and monuments). Since Colorado paved the way, seven other states and Washington, D.C. have passed laws allowing recreational use of marijuana. One of those is California and, in 2016, they passed a law that allows adults over 21 the ability to purchase, possess and consume up to one ounce of marijuana in their private residences or in an establishment licensed for marijuana consumption. The law also allows adults to grow up to 6 marijuana plants and keep the herb produced (as long as it is not in a place that is visible to the public).

So, considering all of this information, should marijuana be legal everywhere? As of this moment, 1 in 5 Americans live in a state where it is legal to have marijuana (medical or recreational). Since its use is widespread and the majority of impact that comes from consuming marijuana occurs to those under 21, better regulation and control of it by having laws in place to help provide guidance and govern who has access to it would seem to make the most sense. Rather than spending the time, money and effort in prosecuting those who use marijuana, it makes more since to redistribute those resources to regulating the use. By doing this, we as a country will be preventing people from being incarcerated for using marijuana and taking up space in our overcrowded prisons. Also, it will allow law enforcement officials to be able to focus on drugs that are far worse than marijuana, such as those currently causing the opioid crisis that is ripping through our country.

Marijuana isn’t the problem, but the way we, as a country, have been dealing with it for the past 90 years is. Rather than trying to stop something that will not go away and, for the most part, does not have any detrimental side effects, we should be looking at legalizing marijuana and focus our attention to where it is really needed.