How contagious is it?

In the United States, you don’t hear of people contracting measles that often. This is the result of vaccinations. However, the number of cases has started to climb. This is concerning since measles are highly contagious and can be life-threatening. Why is there an increase? How do you know if you or your loved one has the measles? What can be done treat them? 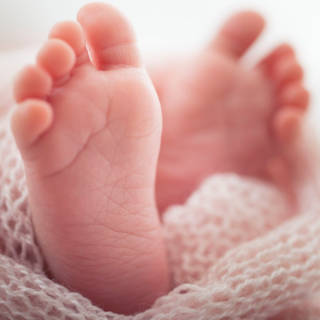 Measles, or rubeola, is caused by a virus and is a serious illness that can be fatal. On average, it kills 100,000 people a year with most of these individuals being under the age of five. The virus reproduces in the nose and throat of an infected person, so when they cough, sneeze or talk, tiny droplets are sprayed into the air. If another person is nearby, they can inhale these droplets and become infected. Since measles can live on surfaces for several hours, it’s also possible to be infected by touching any surface that the droplets landed on and then touching your mouth, nose or eyes. Measles is highly contagious, which means that if you’re susceptible and exposed, your chance of contracting the disease is almost 90%.

The infection occurs in several stages over two to three weeks. After becoming infected, the virus incubates for 10 to 14 days. This means that it’s replicating within your body, but you don’t have any symptoms. The next period is when you have nonspecific symptoms, like mild/moderate fever, persistent cough, runny nose, conjunctivitis (pink eye) and sore throat. The majority of the time these symptoms aren’t too bad and only last two to three days. The final phase is when you develop a rash that has small red spots. Sometimes, these spots are slightly raised and can appear in clusters making your skin look splotchy. The rash appears first on the face and then spreads to your arms and torso before going to your thighs, lower legs and feet. This process takes a few days during which time, your fever usually rises significantly. In some instances, it gets as high as 104 – 105.8°F. The rash gradually goes away in the same manner that it appeared, first from your face and last from your feet. The period in which the virus can be spread to others lasts about eight days. It starts four days before the rash arrives and ends four days after the rash has been present. Another possible sign are Koplik’s spots, which are tiny white spots that have bluish-white centers with a red background. These spots are found inside your mouth on lining of your cheek.

Several things can increase your chances of acquiring measles. The first, and most significant, is not being vaccinated. Another risk is traveling to countries where measles are more common. If you have a vitamin A deficiency, then you’re in danger for having worse symptoms and developing complications. These can include bacterial ear infections, bronchitis, laryngitis, croup, pneumonia and encephalitis (inflammation of the tissue surrounding your brain that can occur right after a measles infection or several months later). For pregnant women, measles can cause preterm labor, low birth weight and maternal death. 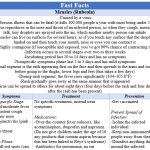 There isn’t a specific treatment for the measles. It’s vital to control the fever that comes with the disease in order to prevent complications, such as febrile seizures. You can do this by taking over-the-counter medications, like acetaminophen, ibuprofen and naproxen. Do not give children under the age of 16 any products that contain aspirin because this has been linked to Reye’s syndrome, which is a potentially life-threatening condition. If you end up with pneumonia, an ear infection or other bacterial infection, you’ll need to take antibiotics to treat them. Since vitamin A deficiency has shown to increase the severity of symptoms, it can be a good idea to take a supplement to reduce the chances of this happening. Typically, it’s taken as a large dose, 200,000 international units (IU), for adults and children over the age of one.

Besides medication, there are things that you can do to help provide relief from the symptoms. It’s key to rest and avoid busy activities. In addition, bright lights can be irritative, so wear sunglasses or reduce the amount of light you’re exposed to. This might mean not reading, watching TV or using electronic devices if the light hurts your eyes. Make sure to stay hydrated since your body will lose fluid through the fever and sweating. You can do this by drinking plenty of water and fruit juice. If your throat is sore and your cough is bothersome, trying using a humidifier or taking a hot shower to add moisture to the air.

Measles used to be very common, but thanks to the development of the vaccine, it’s typically prevented. This is especially true in the United States where it hasn’t been widespread in over 10 years. However, this is starting to change as the result of more people not vaccinating their children. This is largely in part due to a now-discredited study that was published in 1998 that incorrectly correlated a link between the development of autism and the measles-mumps-rubella (MMR) vaccine. It’s important for the majority of people to receive the vaccine because this helps to control the number of people who actually get the disease. When the majority of people are vaccinated, this means that those who aren’t are less likely to get it because there are fewer potential sources of the virus. This is also called herd immunity. The decrease in vaccinations across the country has weakened our herd immunity, which is placing more people at risk.

According to the Center for Disease Control and Prevention (CDC), both children and adults should receive the vaccine in order to prevent them from contracting the disease and spreading it to others. For children, they typically receive their first dose between 12 to 15 months and their second dose between 4 – 6 years. Some considerations for children are that if you’re planning on traveling abroad during the time that your child is 6 – 11 months old, ask your doctor about them getting the vaccine earlier. This is key since many other parts of the world still have high incidences of measles. Also, if your child didn’t get the two doses during the recommended periods, they may need two doses four months apart in order to be protected. If you’re an adult, you might need to receive the vaccine if you were born after 1957 and don’t have proof of immunity, such as history of having measles, vaccination records indicating that you have been vaccinated or laboratory confirmation of immunity. Most people born before 1957 were exposed to the virus and therefore are immune. If you’ve got an increased risk of developing the disease, such as going to college, traveling internationally or working in a healthcare setting, you need to make sure that you’re covered.

If someone in your house has measles, it’s vital to take steps to prevent it from being spread it vulnerable family members. The most important is to isolate the individual during the contagious period. Be sure to keep non-immunized people away from them and anything that the infected individuals has come into contact with. Also, it’s essential to disinfect all surfaces and wash any clothing or linen. For people who aren’t immunized and have been exposed, such as infants, the measles vaccine may be given within 72 hours of exposure. This is thought to help provide protection against contracting the disease. If the person does end up with it, the symptoms are usually milder and last for less time. Another option, especially for pregnant women and those with weakened immune systems, is to receive an injection of immune serum globulin, which are antibodies. This should be received within six days of exposure and, similar to the vaccine, are thought to prevent measles or at least make symptoms less severe.

Measles is a serious illness, but there are ways to treat it. Better still, there are ways to prevent it! If you have any questions or concerns about measles, please speak with your doctor. If you would like more information, please visit the MedlinePlus’ Measles page at https://medlineplus.gov/measles.html