How is it shaping the future?

The #MeToo movement has become a national sensation since about the middle of October. It is being used to bring to light the prevalence of sexual harassment and assault, particularly in the workplace. How common is this type of behavior? What can be done to correct it? 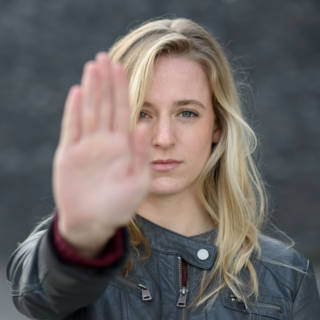 The phrase #MeToo isn’t a new one and has been used by social activists to help survivors of sexual harassment and assault to realize that they aren’t alone, shouldn’t be ashamed and encourage support of each other. It didn’t reach this extent of popularity until around noon on October 15th when actress Alyssa Milano sent out a tweet encouraging women to use it to “give people a sense of the magnitude of the problem.” Her tweet was in response to all of the allegations coming to light against movie producer Harvey Weinstein. Since her tweet, the phrase was tweeted more than 200,000 times by the end of day and more than 500,000 times by October 16th. On Facebook, more than 4.7 million people used the phrase in 12 million posts during the first 24 hours. This means that about 45% of Facebook users in the United States had a friend that posted using the phrase. Since the first few days, it has been used millions of times online and has spread to more than 85 countries. Most of these posts include a personal story of sexual harassment or assault. Numerous responses were from celebrities and other high-profile women sharing their own stories of sexual violence. Given the response from so many women, it begs the question how big is this problem?

According to the World Health Organization (WHO), they estimate that about one-third of women worldwide have experienced sexual violence. A poll completed by ABC News and The Washington Post in 2017, roughly 54% of American women reported that they have received “unwanted and inappropriate” sexual advances. They go on to say that about 95% of this behavior goes unpunished. Many women have experienced sexual harassment or assault, particularly in the workplace, but don’t report it for fear of retaliation. It is so bad, that there are “whisper networks,” which is a private list of people to avoid that is unofficially shared among women in nearly every major institution or industry where sexual harassment or assault is common due to power imbalances where there are more men at the top and this typically impacts whether or not someone is punished for such behavior. The only caveat is that some of the information on these lists aren’t always true.

Since the start of the #MeToo movement, there has been a big push to change current laws and push for equal rights in the workplace to be able to file a grievance against another employee for sexual harassment or assault and not fear retaliation. This behavior is so widespread, that as of November 15th, there is now a #MeToo Congressional bill that’s purpose is to change how the federal government handles sexual harassment complaints against members of Congress. Currently federal tax dollars are used to pay any settlement payments for complaints against elected officials, these settlements were kept secret and that the period for filing and investigating a claim was long and drawn out. Under the new bill, it would take no longer than 180 days to be filed, the victim would be able to transfer to another department if they chose, the accused Congressional member would be required to pay their own settlements and these settlements would no longer be kept secret. This protection would also apply to unpaid workers, such as pages, fellows and interns, which is a first. Presently, they have no protection. This example set forth by the proposed Congressional bill is the standard that many people are calling for across the board. Many people would like for it to be easier to file a complaint without the fear of retaliation and make it difficult for this type of behavior to be covered up. Part of this plan is to focus on the worst types of abuse to prevent men from being thrown under the bus. The Time’s Up initiative is part of the #MeToo movement and is focused on fighting sexual violence and harassment in the workplace by lobbying and providing funding to victims who are unable to afford legal help. The other big component of the movement is to teach children that this type of behavior is unacceptable, it is ok to say no to unwanted sexual contact from anyone and to report predatory behavior.

The impact that sexual harassment and assault continue to have is tragic given the advances that we have made in so many other areas. Hopefully, by more women stepping forward and sharing their stories it will further raise awareness and lead to a solution to the problem. Everyone deserves the right to be able to feel safe and work in a non-threatening environment.