How is it going to affect your health?

Everyone is talking about the new tax plan and how great it is going to be because most people think that they are going to get a tax break in their paychecks. While this may be true, there are other parts of the new tax bill that is going to directly affect your health. No one is talking about this aspect though. With the failing of the plans to repeal the Affordable Care Act, everyone has thought that the issue of healthcare was dead in the water. Is it really? Are Congressional leaders still trying to impact your health, but through a different method? 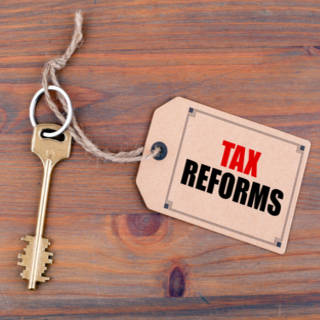 The new tax plan may mean more money in your pocket; however, you should probably save it to cover any health care costs that you might incur due to the proposed health care policy changes that are written into the tax plan. There are two major concerns with the new tax plan when it comes to issues related to health care. The first is that the plan gets rid of the penalties that individuals have to pay if they fail to have health insurance as required by the current individual mandate. While this might seem like a good thing, the impact this would have is significant. According to the Congressional Budget Office (CBO), if the individual mandate was repealed, then about 13 million Americans would most likely opt out of having health insurance because the penalties are no longer in place. The people that would likely chose to leave would be those who are younger and healthier. This leaves a sicker, therefore, more costly insurance pool behind. In order to accommodate this change, insurance companies would need to raise their premiums to be able to provide coverage for these individuals. Since elderly individuals are typically sicker, they would be the ones most impacted by these premium increases. When you consider the cost of health insurance currently, this change would only cause prices to skyrocket.

The second major concern with the new tax plan is the overall impact it has on the federal deficit. While some areas are seeing an increase in spending, this means that other areas need to decrease to prevent the deficit from getting considerably worse. Since Medicaid and Medicare account for about 30% of the federal budget, they will probably be a focus area to reducing federal spending. Cutting funding from Medicaid and Medicare will almost certainly result in less people being covered and a reduction of benefits that are offered. Since the majority of people who use these are either poor or elderly, this would have a substantial impact with regards the health of these individuals. Also, there would be an increase in cost sharing for the services because of less people using the services means the price for the people who are using the services.

These two factors will affect the country in several ways. There is a strong correlation between having health insurance and one’s health status. So, when there is a reduction in number of people insured, there is usually a reduction in overall health throughout the entire population. Considering that there have been improvements in health status country-wide since ACA was put into place, this would definitely be step back from the progress we’ve made. Another big effect of these changes is what would happen to the economy. This could be measured by both health care related and non-health care related industries. By having less people insured and less-adequate public health programs, this means that there will be less doctor visits, hospital stays and medications/devices sold. These decreases will force health care companies to make changes. One of these changes would be to employ fewer workers, so these people would not have jobs that allow them the ability to afford purchasing cars, homes, vacations, etc. Also, these people would lose health insurance, so they would only contribute the increasing number of people without health insurance. For non-health care related businesses, the concern is people choosing not to have or losing health insurance or Medicaid coverage. The health status of these people directly influences productivity of not only the current workforce, but the future workforce as well. The second component of the loss of productivity applies to the elderly who lose Medicare coverage. When you consider the people who are in the workforce and the fact that they typically have elderly relatives that they care about and feel responsible for taking care off. So, if an elderly family member is sick and needs care because they haven’t been to the doctor to be seen due to lack of health insurance, then it is the person who is in the workforce will need to take time off to care for them.

While the new tax plan may have some economic benefits for the country and individuals, when you look at the impact it will have on the health determents it is going to cost the country and individuals it makes you question how great it is. If you are looking at the tax plan strictly from a health care perspective it isn’t a stimulus at all. If fact, it will set us back even further and effect not only everyone’s health, but the economy.