Why don’t they usually work?

It’s that time of year when making our New Year’s resolutions. Typically, most people select something that they want to improve about themselves. The problem is that most of us are unable to stick with it and fail to meet our goals. Why is this the case? What can you do to make your resolutions become your reality? 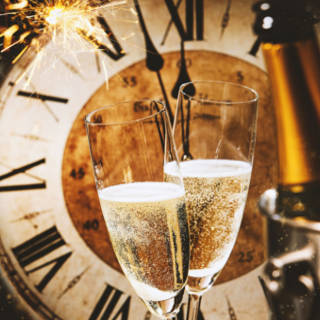 It’s that time of year again…when you, like millions of others, make a New Year’s resolutions. Every year, around 45% of Americans, 145 million people, make New Year’s resolutions. Unfortunately, 50% of these people give up on their resolutions before June and only 8% actually achieve them. According to U.S. News & World Report, over 80% of New Year’s resolutions fail by February. So, why do people make resolutions? Why do they choose New Year’s as the time to change? What’s so special about New Year’s? There is a very simple answer. The word “new” in “New Year” represents a change. It’s the time of year when people reflect about how the past year has gone and what they want to accomplish in the coming year. Also, it’s a quirk of human nature that we’re obsessed with hard start lines. This results in people thinking that they have to change their lives starting on that one day. However, there are a number of factors that contribute to so many people failing.

Resolutions are often an effort to reinvent oneself. One of the main issues is that people aren’t ready to change their habits, especially bad ones, and that accounts for the high rates of failure. Any form of change can be daunting. Often, you can be facing pressured to do so. This pressure can come from your environment, culture, loved ones and yourself. This pressure can make it feel like you can’t accomplish your goals. Even if you can deal with the pressure, you might not know where to start. Even if you do know where to start, looking at what it’s going to take to accomplish your resolutions can make you feel like it’s going to take too much effort. Due to all of these things, the word resolution comes with a lot of baggage, so thinking of what you want to achieve as goals can make a difference in thought process.

Often, when people make their resolutions, they aren’t specific enough, they’re worded too negatively and/or they’re not relevant to the individual. Most people set goals that are too broad or have too many. For example, when you resolve to “exercise more” or “lose weight,” you’re setting yourself up for failure because these goals lack ways to mark progress and won’t keep you motivated throughout the year. Instead, if you make your goal specific, like running a 5K you’ve circled on your calendar or losing 10 pounds by a certain date, then it’s easier to keep track of progress made toward your goal and stay motivated. Also, it’s a good idea to have short-term, medium-term and long-term aims within each goal. When we frame our resolutions with negative language, it makes us think about the very thing we’re trying to avoid. Instead, word your goal using positive language because this reinforces the behavior you desire. Another thing is we need to give ourselves more positive self-talk. With friends, we typically offer kindness, praise, warmth and positive feelings, but we don’t speak to ourselves that way. Also, most people have a higher success rate when they’ve got outside support, so getting a buddy can help create accountability. This is why one of the best ways to stick with resolutions is to tell other people about them, however, don’t let sharing your goals with other lull you into a sense of complacency. In addition, surround yourself with people who inspire you to not only be more, but do and have more. An additional issue is when you don’t know where your goals came from. Sure, you know what your goals are, but not why you want to achieve them. One of the biggest culprits are the latest trends. People are influenced by their friends, their family and what they see in society. All too often, we set goals because we think that’s what we’re supposed to do. This means the motivation doesn’t come from within but from external sources and that doesn’t usually lead to success. Also, this means your resolution is unrealistic and out of alignment with your internal view of yourself. This is a significant problem because when you make positive affirmations about yourself that you don’t really believe and they don’t work, it can be damaging to your self-esteem and then you revert back to old behaviors. This is why making resolutions you actually want to achieve and are actually going to put a plan of action towards is key. When you’re uncertain about your goals, it can cause indifference, confusion and distance between your goals and your aspirations. You’re setting yourself up for failure when you commit to a resolution, fully knowing you don’t have a plan to actually achieve it. This is why it’s critical to align who you are right now with where you wish to be.

A failure to act can derail your goal before you ever start. Doubt is an ever-present force that is only defeated when you believe in yourself. Remember, having all of the right information can’t save you if you fail to take action. While it’s key to seek inspiration and knowledge, you can realistically apply only so much to your life. Even taking only one thing from every book or article you read and applying, can make all the difference. The amount of motivation needed for changing a small percent of your habits is extreme. This is why having a step-by-step plan and being patient is essential to seeing effective change. Also, small changes aren’t as intimidating as large changes, so start with something easy and focus on actions that produce significant results. It’s not uncommon to become impatient during the process of trying to achieve your goals. It could be the result of not seeing signs of progress, or at least not as fast as you expected. This can be the caused by your methods to reach your goals being adequate, but you need more time or you need to evaluate your methods and find a new, better, course of action. Don’t be afraid to or feel guilty about revising your goals. If you find yourself making every, and any, excuse to not reach your goals, this doesn’t mean that your goals aren’t representative of your dreams but they’re not the goals that matter the most to you at this time. It’s vital to not focus on the past or future, but on what you can do to make a difference here and now. Choose one thing and master it before moving onto the next. The best way to do this is to take inventory of all your goals and figure out which ones you’re most passionate about or that will benefit you the most. Choosing three or four small goals to work on and break them down into actionable steps. Use daily and weekly progress checks via a written record and make time each week to review your improvement. We all know that it feels very good to cross things off a list, so this in itself can be rewarding. However, the reason for doing this is to see steady improvement on your best performance, which offers positive feedback that can motivate you to keep going. You’re striving for consistency because this is what will help you to get results. Even if you don’t see results immediately, don’t let that stop you from putting in the work.

According to a 2016 study from the University of Chicago, the biggest predictor of whether or not someone keeps their long-term goals was if they received an immediate reward because delayed gratification doesn’t provide enough motivation. This is why it’s a good idea to not wait until the completion of your goal to reward yourself, but reward yourself weekly and monthly as well. This gives you something to look forward to and will recognize your efforts, which will motivate you to do it even better. Remember, you’ve earned and deserve the rewards. The other side of this is accepting failure because there will be moments along the way that you slip up. The essential thing is to make a note of what triggered the set back and learn from it. Don’t let a slip up completely throw you off your goal. Instead, tell yourself that you had a bad day and that tomorrow’s another one. It’s important to be compassionate with yourself and move on. If you’re making positive choices 80-90% of the time, don’t worry about the occasional set back. Growth isn’t a linear process and changing behavior is a learned skill that takes repeated practice, but people often give up when they get discouraged.

One way to take the pressure off New Year’s is to start practicing your resolutions earlier in the year. This way it doesn’t matter if you mess up because you haven’t committed to anything yet. During this time, you’ll get a better understanding of what your resolutions will involve. Also, when New Year’s does roll around, you’re not starting from scratch and you’ll already have gotten over the worst part, which is in the beginning period. A side benefit is that you might even be seeing some results. The bottom line is that January 1st is just a day in the calendar, so you can choose when to have a fresh start. There are five things that you should be know when setting goals. Why do you want to make a change? Are your goals concrete and measurable? What’s your plan to make your goals happen? Do you have a support system? What are your rewards for achieving your goals? Remembering the acronym SMART (Specific, Measurable, Achievable, Relevant and Time-based) can be helpful in making goals.

If completing resolutions was quick-and-easy, everybody would be able to do it. Remember, they shouldn’t add stress to your life, but remove it, so don’t approach it with an all or nothing mindset. By taking the steps to make your goals attainable, you’ll be able to not only meet them, but exceed them!