When will it end?

We are still in the middle of opioid crisis and it doesn’t look like it is going to get any better any time soon. There has been a new face added to the mix and it is even more potent than Fentanyl. Are we ever going to be able to get a grip on this epidemic or will there always be that next thing that makes the epidemic worse? 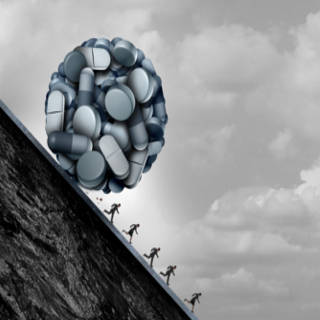 These numbers have to take in account several things. Not only is fentanyl 100 times more potent than morphine, it is 50 times more potent than heroin. It is also cheaper than heroin to make and, therefore, buy. What is even scarier is that there is a new synthetic opioid to join the market. It is called Carfentanil and is 100 times more potent than fentanyl, 5000 times more potent than heroin and 10,000 times more potent than morphine. It is also cheaper than
Fentanyl. It costs about $3000 – $4000 to produce a kilo of heroin or Fentanyl, but because of the potency of Fentanyl, it can be cut and split many more times than heroin. Typically, drug dealers make $60,000 on a kilo of heroin; whereas, they make $1.2 million on the same kilo of Fentanyl. Heroin costs the consumer about $5 a hit with Fentanyl being less than that. There isn’t enough information yet on Carfentanil to know the profit margins but since it has even greater potency than Fentanyl, it can be divided even further and it would be safe to assume that the profits from it would increase. In order to stretch their profits even further, drug dealers are lacing heroin with Fentanyl because it is cheaper. This means that someone who thought they were just buying heroin are surprised to find out that it was actually a mix.

According to the Substance Abuse & Mental Health Services Administration, as of 2016 more than 2.4 million Americans have an opioid-use disorder. Besides the number of overdoses, there are several other problems related to the opioid crisis that have arisen. First of all, there has been an increase in the number of cases of Hepatitis B, Hepatitis C and HIV in the past five years due to the sharing of needles. The number has actually tripled during this time period. Second, the number of teenagers who abuse prescription drugs has increased significantly. This is especially true among the 12-17 age group, with them accounting for a third of new abusers of prescription drugs in 2006. As discussed in our first article on the opioid crisis, there has been an increase in the number infants born addicted to opiates because their mother used drugs while pregnant. Sadly, we have also seen a surge in the number of toddlers and young children who have been found unconscious or dead after accidently consuming an adult’s drugs.

When you set aside the human cost of the crisis and look purely at the economic cost, it is astounding. According to the Center for Disease Control, in 2013 the cost of prescription opioid abuse alone was $78.5 billion a year. As of 2015, the cost is now at $504 billion a year. These costs include the cost of healthcare, addiction treatment, criminal justice involvement and loss of productivity of those who are using drugs. Given that the number of overdoses and deaths have increased and will continue to increase, this means this number will continue to rise.

The opioid crisis has brought heightened attention to how overprescribing of narcotic pain medications has brought this on, which has lead to new prescribing guidelines that doctors must follow. There is talk that opioids should only be prescribed for those on palliative care and no more than three days for acute pain. There has been an increased interest in treating injuries and pain with appropriate physical therapy. In the meantime, to help individuals who would like assistance at coming off of opioids there is research being done to make medically-assisted addiction treatment programs more accessible both in location and financially. By providing easier access to medications, such as buprenorphine and methadone, that help to decrease withdrawal symptoms and lessen cravings and to programs that offer support through counseling, it will provide people with a better chance at not relapsing. For those people who aren’t ready to take the step toward addiction treatment, there is talk of creating safe injection sites that allow drug addicts to use drugs in an environment where help is immediately available in the event that they overdose. This would allow people to have access to medications, naloxone, that can reverse the affects of opiates. By centrally locating these safe injection sites, it would help reduce the resources, such as police, paramedics, hospital space/personnel, that are needed to respond to every overdose call. While this is by no means a solution to solving the opioid crisis, it could be an interim step on that path.

If you only take a few doses of an opioid, then you could be addicted for life. If you take a little too much, then you could be dead. It is no wonder the crisis is this far out of hand. No other type of medication kills such a high proportion of people who take them. There is a great deal that needs to be done in order reign in this problem. We need to stand together to find a solution. This is something that affects all of us no matter our gender, age, skin color, religion or socio-economic status. It can affect you, your spouse, sibling, parent, friend or neighbor. Drug addiction knows no boundaries and the opioid crisis needs to be stopped.