What has happened to America?

Everywhere you look the opioid crisis is in the news. Obviously, this is a significant problem that is gripping our nation. Unfortunately, this is not a new problem. It started many years ago and just now are we seeing the devastating effects it has on our loved ones, neighbors, communities and country. How did our country get into a crisis situation in relation to opioids? Is there a way to fix it? 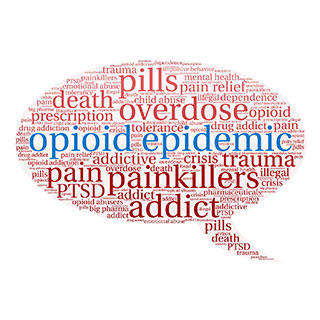 In order to understand how we got to where we are today, we have to take a look at where this all started. In the late 1990s, pharmaceutical companies began to reassure physicians that prescription opioid pain relievers were non-addictive. This encouraged physicians to prescribe more and more of them. Regrettably, this led to widespread misuse of these medications before anyone realized that they are actually highly addictive. If you look at a timeline, you can see that the opioid crisis can be broken down into three segments. The first began in the 1990s and is from the initial increase in prescribing of opioid pain relievers. The second began around 2010 and is when people started dying from heroin overdoses. These people had been on opioid pain relievers but transition to heroin when the opioids no longer provided them with relief that they sought (sadly, the number of heroin-related deaths has tripled since 2010). The third has transpired in the past couple of years and is related to the fairly new compound called synthetic opioids, or fentanyl/fentanyl analogs. Fentanyl is 100 times more potent than morphine. In the powder form, this can cause overdose just by touching it and having it absorbed through your skin. There have been numerous cases were first responders accidently come in contact with fentanyl powder while trying to render aid to an overdose victim and the first responder actually overdoses. The number of deaths related to fentanyl doubled between 2013 and 2014 alone. It has been found that the opioid overdoses now kill more people each year than HIV did at its peak in 1995 and far more than guns or cars do every year.

Why did this become such a problem in our country? Why are there so many people who are on opioid pain relievers? There are several factors at play here. In the 1990s when pharmaceutical companies assured physicians that opioid pain relievers where non-addictive. This ensured that they would be prescribed more frequently. Once we realized that they are highly addictive, why didn’t physicians decrease the number of prescriptions? This is due to our society being highly litigious. It was much easier for physicians to prescribe opioid pain relieving medication than to deal with being sued by a patient who felt that the doctor did not manage their pain well. Once a person is on opioid pain relievers and they are no longer working at decreasing their pain, the person begins to look at alternative ways to do that and it is typically in the form of heroin or fentanyl.

Another thing to consider is not just the impact of opioid-related overdoses has on the demands of EMS, hospitals and morgues but the burden it places on other resources. There has been a sharp increase in the number of neonatal abstinence syndrome case (from use of opioids during pregnancy). There has been a significant increase in the number of infectious diseases, like HIV or Hepatitis C, due to the increase in drugs (heroin or fentanyl) being injected with shared needles. Also, there has been a large burden placed on the foster care system as the number of children placed in foster care continues to rise as the many kids are removed from dangerous situations where they are being cared for by someone who uses/abuses drugs. What can we do as a society to help turn the corner and decrease the number of people abusing opioid substances? The primary focus should be on improving access to treatment and recovery services. It is also significant to strengthening the general public’s understanding by informing them of what to look for and ways that they can help. We must do a better job at public health surveillance to have a better grasp of the epidemic and where we should be sending resources. We should promote the availability and use of overdose-reversing drugs in more places and offer widespread training to encourage people to offer assistance to those who need it. We have a duty to educate physicians on better techniques to help with pain management and how to talk to patients to help them have a thorough appreciation of the dangers of opioid pain relievers and the best way to provide them with some relief. Finally, we ought to be looking at research that focuses on pain management and, at the same time, prevent addiction.

The opioid crisis is far from over! By focusing on the best ways to get help to those who need it to stop taking opioids and by helping people manage their pain without opioids (decreasing the risk of becoming addicted), we will help get America back on tract. Everyone can make a difference! If you are addicted to opioids, or know someone who is, and would like help, please visit Turn to Help at www.turntohelp.com/au and talk to your doctor.