Why is it so important for your health?

For most people, spending time outside is usually an enjoyable event. Whether you are going for a walk, hiking through a forest, rafting down a river or whatever it is that catches your fancy, the emotions we feel during and after being outside are usually positive. Have you ever noticed that you feel less stressed after being outside? What other health benefits come from spending time in the great outdoors? 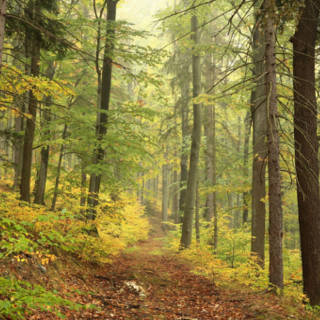 It is estimated that the average American spends about 90% of their life indoors and the likelihood of us going outside decreases as we age. Our society nowadays is incredibly technology based and most of this technology is indoors. So, we work inside and when we go home, we often spend our time in front of some sort of screen (television, computer, tablet or phone). We are leading a much more sedentary lifestyle than we used to even 50 years ago. Many of us have memberships to gyms or workout equipment in our homes. While this might address the immediate concerns about obesity and all of the medical problems that often come with being overweight, it misses the mark on the benefits of being outside can provide to your overall health. When you are outside, you are more likely to be active than if you are inside. This can be doing something, such as yard work, gardening or walking at a park. Walking is something that almost anyone can do. It is inexpensive, easily accessible (you just need shoes and to go out your front door) and has minimal chance of injury when compared to most other activities.

Being outside versus inside is definitely better, but to take it one step further, being out in nature is more beneficial still. Recent studies have proven that being in nature, especially forests and areas near water provide numerous advantages over just being outside in a city. By taking time to slow down and actually see beautiful natural surroundings, we are often provided with a sense of awe and this helps to reduce stress/fatigue and give a sense of feeling restored. Being outside actually changes your body’s physical expression of stress and the positive advantages can last for seven days. Although going outside is best, looking out a window or at pictures of nature offers some value in regards to reducing stress. Spending time outside is excellent for having better mental health. People typically report feeling less depressed, less anxious, decreases in their rumination of past negative events in their lives and decreases in their negative affect. Most people state they feel happier and being in a better mood after being outside. This is especially true when you exercise outside. Participants in studies have stated that they felt their workout was easier when they were outside and they felt less tired at the end of their outside workout versus when they work out in the gym. Since this creates a positive feeling, you are more likely to want to work out again.

Besides the direct health benefits of exercising outside, just spending time outdoors affords its own set of health advantages. People who spend more time outside state that they feel happier and healthier than those who spend a good portion of their time inside. Being outside seems to provide a since of resilience to be able to face the difficulties of everyday life and helps us to find a sense of purpose. Most people who spend time outside demonstrate better short-term memory and increased ability to focus. Studies have measured levels of inflammation of people and those that spend more time outdoors have decreased levels. This contributes to controlling and preventing diseases that are aggravated by inflammation, like autoimmune disorders or inflammatory bowel diseases. It is also thought that spending time outside increases your body’s immune system and this makes it easier for it to fight off simple infections, colds and flu. Some preliminary studies suggest that by spending time in nature, especially forests, your body is stimulated to produce anti-cancer proteins and this could help to prevent cancer from occurring. People who spend time outside often have less problems sleeping than those who don’t. This is because their body’s internal clock is more aligned due to the exposure to natural light. Also, having lower blood pressure has been linked to spending time outside…this isn’t overly surprising since being outside is usually related to doing some sort of physical activity. People who are recovering from an illness or injury and are able to go outside, or at least view it, usually experience less pain and stress, which allows them to heal faster. Most seniors who spend more time outdoors have less complaints of aching bones or sleep disturbances. Spending time outside has been shown to play a part in seniors having longer lifespans.

Sunlight plays a large role in some health gains that come from being outside. It is responsible for increasing Vitamin D levels and most Americans don’t have enough in their bodies. Vitamin D has been shown to protect against things like osteoporosis, cancer, depression, heart attacks and strokes. As we age, our bodies produce smaller amounts of Vitamin D, so the need to replenish it only increases. No one wants skin cancer, so the recommendation of using sunscreen is a good idea, but it blocks ultraviolet B (UVB) sunlight from getting to our skin and this doesn’t allow for Vitamin D to be produced. So, it is recommended that you limit sun exposure, without sunscreen, to short walks and other similar activities a few times a week for 10 – 15 minutes where your arms and legs are bare. If you are going to be outside for extended periods of time, be sure to use sunscreen. Besides the benefits of Vitamin D, research is now supporting the idea that sunlight is helpful in preventing nearsightedness (myopia) in children. It is recommended that children spend two to three hours a day in sunlight. It doesn’t have to be very bright.

Speaking of children, most in the United States spend six hours a day on some sort of electronic device, which usually involves being inside and sitting down. It is interesting to note that the United States has seen a dramatic increase in childhood obesity, the number of children on ADHD medications (we are the largest consumer of these medicines in the world) and the number of children on antidepressant medications. It is essential that kids are able to go outside for a variety of reasons. If a child participates in a moderate to vigorous activity, they are able to demonstrate an increase in academic performance for things like reading fluency, reading comprehension and arithmetic skills. Children who have ADHD are able to focus better more easily. Also, it is key to allow children to play outside because their bodies become exposed to good bacteria, viruses and parasites that help to build their immune systems. Children who are in ultra-clean environments often have allergies, asthma and autoimmune disorders.

In looking at all of the information, there no question that spending time outside is vital to your wellbeing. In order to get those benefits, we need to take the time and actually go outside. Sure, it is easier when you’re tired after working all day to go home sit in your favorite chair and turn on the television or pick up your phone to scroll your social media accounts. Remember, even 20 minutes spent walking around your neighborhood can help decrease your stress, put you in a more positive mood and provides physical health gains. Nature is there, we just have take the time to enjoy it!