If you have a food allergy, you know the pain of having to constantly be aware of whatever you’re eating and avoiding anything that may contain even trace amounts of your allergen. Most likely, given a chance, you’d do what you could to overcome your allergy. There is good news for those with peanut allergies; this could be a possibility thanks to new treatments. What are they? Are they effective? 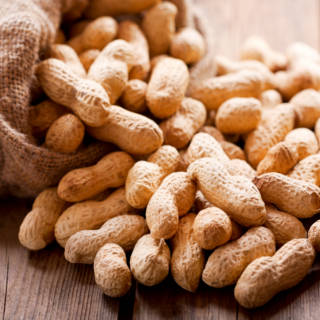 Over 32 million Americans have a food allergy, with more than 6.1 million people having a peanut allergy, including over 1 million children. This makes it the most common allergy among kids. In schools, the average classroom usually has at least two students with a food allergy. Unfortunately, the numbers are rising. Approximately 200,000 people land in the emergency room every year due to a severe food allergy reaction, such as anaphylaxis.

Food allergies occur when the body’s immune system mistakenly identifies even small amounts of food, such as peanuts, as harmful. Allergic reactions are unpredictable in occurrence and presentation. Physical symptoms can develop within seconds of exposure and may include skin reactions, digestive discomfort, or more dangerous reactions. Antihistamines and epinephrine are used to treat severe allergic reactions, but these can still be fatal even when appropriate, prompt treatment is given. Exposure occurs in three main ways. Direct contact is the most common cause and results from eating the food or foods that contain the allergen. Sometimes direct skin contact can trigger the reaction. Cross-contact happens when there’s an unintended introduction of the allergen into a product, which most often takes place during processing or handling. Inhalation is when a person inhales dust or aerosols containing the allergen from a source, such as a powder or cooking spray.

Some individuals are at a higher risk of developing a peanut allergy. One of the primary factors is age. Food allergies are most common in children, especially toddlers and infants. The digestive system matures as we grow, so the body is less likely to react to food that triggers allergies. In fact, some children with a peanut allergy outgrow it. However, it may recur. If someone is already allergic to one food, they’re at increased risk of becoming allergic to another. This is also true if you have non-food-related allergies. If food allergies are common in your family, your risk is higher. Some individuals with the skin condition atopic dermatitis (eczema) are more likely to have food allergies.

In the 1990s, the number of food allergies seen in children started to rise significantly. This lead many doctors to recommend that allergenic foods, like milk, eggs, and peanuts, be removed from the diets of children who had a high risk of allergies. However, in 2015, the line of thinking began to change due to the Learning Early About Peanut (LEAP) allergy study. The study discovered that the development of peanut allergies actually decreased in at-risk children with an early introduction of the food. According to recent research, there is strong evidence that introducing at-risk babies to peanuts as early as 4 to 6 months of age may reduce their risk of developing food allergies by up to 80%.

Currently, 1 in 5 children with a peanut allergy will outgrow the condition before adulthood. New evidence shows advances in treatment could increase this to as many as 4 in 5 children. One of these innovations came about in 2020 when the Food and Drug Administration (FDA) approved a new medication, Palforzia, to lessen allergic reactions to peanuts in children ages 4 to 17. It’s made from peanut flour and packaged in pull-apart color-coded capsules and sachet. The powder is emptied into and mixed with a small amount of semisolid food, like applesauce, yogurt, or pudding, before the patient then consumes it. The most commonly reported side effects are abdominal pain, vomiting, nausea, tingling in the mouth, itching (including in the mouth and ears), cough, runny nose, throat irritation and tightness, hives, wheezing and shortness of breath, and anaphylaxis. The medication shouldn’t be administered to those with uncontrolled asthma. Also, it can’t be used for emergency treatment. Those who take Palforzia must continue to avoid peanuts in their diets because the therapy is not a cure. When people stop taking it, they lose protection. Treatment consists of three phases: initial dose escalation, up-dosing, and maintenance. The initial dose escalation phase is given on a single day. The up-dosing phase consists of 11 increasing dose levels and occurs over several months. While anaphylaxis can occur at any time, the highest risk is during these phases, which is why both of these are administered under the supervision of a healthcare professional in a healthcare setting with the ability to manage potentially severe allergic reactions. If the patient tolerates the dose during Up-Dosing, they may continue that dose level daily at home, known as maintenance.

Another way to desensitize children to peanuts is a treatment program developed at Cleveland Clinic called early peanut oral immunotherapy (EPOIT). In the program, children four and younger who are allergic to peanuts are given minuscule amounts of the food in a step-by-step, allergist-supervised process. Doses are increased every two weeks over four to six months, which allows them to build a tolerance slowly. Maintenance dosing continues for at least a year. Every dosage increase takes place in an allergist’s office in case the child has a reaction. Of the children in the Cleveland Clinic program, over 80% possess “bite-proof” tolerance or are building up to that level. This means they can consume nearly two peanut kernels without a reaction. The goal is to protect against an accidental bite of food with peanuts leading to a health emergency. It’s important to point out that EPOIT should only be done under a doctor’s supervision and not at home.

Another method of delivery being researched is a patch with peanut protein, Viaskin Peanut. It involves attaching an adhesive patch to the skin that contains a tiny dose of peanut protein. Since the amount of allergen on each patch is so small, it’s well tolerated by patients, meaning fewer side effects. The concern is that it may not work as well as oral treatment. As of October 2020, the patch is still in clinical trials.

One of the challenges with any of the techniques we’ve discussed is that people need to continue the treatment and eat the allergenic food regularly. If they stop, allergic symptoms to it usually return. A study suggests that it may be possible to reprogram parts of the immune system responsible for the persistence of peanut allergy, bringing about a longer-lasting permanent change. The study found a monoclonal antibody halted the production of peanut-specific IgE in peanut-allergic mice and blood samples from people with peanut allergies. The antibody works by blocking interleukin 4 (or IL-4) and interleukin 13 (IL-13), two signaling molecules known as cytokines. Blocking these from communicating between cells prevents the formation of IgE antibodies, which trigger allergy symptoms. The good news is that six weeks after the monoclonal antibody was no longer present in the mice, they continued not to produce IgE, nor did they experience anaphylaxis when given peanut protein. This indicates that blocking the action of the cytokines brings about a longer-term change to the immune system’s response. Further study is needed via clinical trials to see if the outcomes hold in people.

A different study done at Stanford had similar results. In the study, participants were given one injection of an antibody treatment. Two weeks later, these individuals (all who had severe peanut allergies) could eat a nut’s worth of peanut protein. The treatment interferes with the action of interleukin-33, which activates a cascade of immune-system responses that culminate in allergic reactions. In addition, no participants in the trial reported severe side effects. Next, researchers will repeat the study with more participants and look for biomarkers that identify which individuals could benefit from the antibody treatment.

An innovative therapy being tested is a toothpaste that can help protect people from their peanut allergies. The thought is by exposing users to small doses of an allergen daily, it helps to build and maintain tolerance to it. Tying the treatment to a daily routine should make it easy for allergy sufferers to keep up with regular treatment. The product may also do a better job than existing therapies at delivering the active ingredients because there are large quantities of blood vessels and cells in the mouth that absorb nutrients. This means they don’t encounter the acidic digestive tract. However, some experts worry about dose control and safety. For instance, when a person’s gums are sore and inflamed, it’s easier for substances to directly access the bloodstream, which increases the risk of systemic allergic reactions.

All of these new therapies are exciting for those with peanut allergies. In time, they probably can be scaled to most food allergies. This will be a relief for many people who don’t necessarily want to eat their allergen but simply want protection against accidental exposure.