Is that why your stomach hurts?

One afternoon, you realize that your lower stomach is hurting slightly. When you go to the bathroom, you notice that you have discharge with a strong odor and it hurts to urinate. You go to the doctor and find out you have pelvic inflammatory disease. What caused it? How serious is it? Can it be treated? 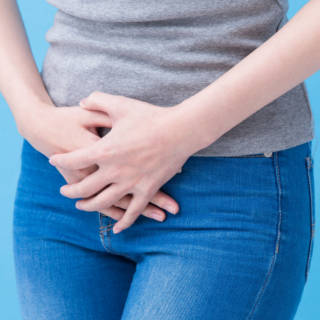 Pelvic inflammatory disease, or PID, is when there is an infection in the female reproductive organs. It’s caused by bacteria, most commonly gonorrhea or chlamydia, spreading from your vagina to your uterus, fallopian tubes, or ovaries. Typically, the bacteria enter your vagina via unprotected sexual intercourse. It can also happen if the cervix’s natural barrier is not intact, as is the case during menstruation, childbirth, miscarriage, abortion, or medical procedures that involve inserting instruments into the uterus. Other risk factors include being a sexually active woman under the age of 25, having multiple sexual partners, being in a sexual relationship with a person who has multiple partners, having unprotected sex, douching regularly (this upsets the balance of bacteria in your vagina), and having a history of PID or other sexually transmitted infections (STIs).

In most cases, symptoms are mild or non-existent, which can make it challenging to diagnose. If you do have symptoms, you’ll most likely experience pain in your lower abdomen/pelvis that can range from mild to severe, abnormal/heavy vaginal discharge that has an unpleasant odor, irregular vaginal bleeding (especially during/after intercourse or between menstrual cycles), pain during intercourse, fever (sometimes accompanied by chills), and painful/frequent/difficult urination. If you have any of these symptoms, you should go to your doctor because they’re common signs not only of PID but STIs. Even if your symptoms aren’t severe, you should still see a doctor as soon as possible since untreated PID can cause serious complications.

When it isn’t treated, PID can cause permanent damage. If scar tissue occurs within the fallopian tubes, it can prevent a fertilized egg from getting through, so it implants in the fallopian tube rather than the uterus. This is known as ectopic pregnancy and is considered a life-threatening emergency due to the massive amount of bleeding it can cause. The damage to your organs could be severe enough that you become infertile and aren’t ever able to get pregnant. The scarring might also cause chronic pelvic pain that lasts for months or years and is worse during intercourse and ovulation. PID can also result in abscesses forming in your reproductive tract, usually most often on the fallopian tubes and ovaries. An abscess is a collection of pus and, if not treated, can instigate a life-threatening infection. 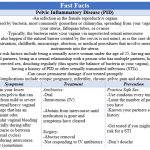 The best way to eliminate pelvic inflammatory disease is through prompt treatment because this will help prevent irreversible damage. The first step in the treatment process is antibiotics. Your doctor will prescribe one to start immediately while waiting for your lab work results to identify which bacteria are causing the infection. They’ll adjust the medication to the best one for the particular bacteria if needed. Once you’re on the correct medication, be sure to take all of it as directed to make sure the infection goes away completely. If diagnosed with an STI or PID, you should tell your partner(s), so they can get treated as well. You should refrain from having intercourse until you’ve finished your medications and your symptoms are gone. Finding out you have PID can be upsetting, so it’s important to reach out to someone you trust to help you deal with the stress.

There are things that you can do to prevent pelvic inflammatory disease from occurring. The most important thing is to practice safe sex. You can do this by using condoms every time you have sex. It’s important to note that oral contraceptives and implanted devices do not protect you against STIs. Limit the number of partners you have and ask any potential partners about their sexual history. If you think you’re at risk of having contracted an STI, you should get tested. It’s a good idea not to practice douching.