Why are they so expensive? 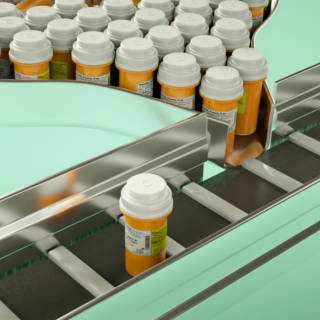 With the high cost of medications being so commonplace, it is no surprise to most of us when new medications are released that they are very expensive. While we have come to accept this as fact, it shouldn’t be. Now, with drug companies charging more for medications that have been on the market awhile, the exorbitant cost of medications is coming into focus for more people due to the volume of people being affected by these increases. There are several factors as to why the pricing of medications is out of control. The first factor that plays a huge role in the price setting is that drug manufacturers in the United States are allowed to set their own prices. This is not the norm in most other countries. Countries that have national health programs have created government entities that negotiate drug prices and if the price of the medication is thought to be too much, they do not cover those drugs. Unfortunately, no negotiating happens here in the United States. In fact, during the 2003 Congressional year, a drug “benefit” was created for Medicare that makes it illegal for it to negotiate with drug companies to get better prices on medications for its consumers. When you consider that about 40 million Americans use Medicare and the number of medications that are prescribed to this portion of the population alone, it is easy to see how drug companies are able to make as much as they do on their medications. Medicare provides health insurance coverage to the most number of Americans and if they aren’t allowed to negotiate with drug companies than why would drug companies price their medications any differently. Part of this concept of pricing however they feel affects Medicaid as well. Medicaid must cover all drugs approved by the Food and Drug Administration (FDA), even if a cheaper, equally or more effective drug is available. This means that if a doctor doesn’t check that a generic equivalent can be substituted for a brand drug or a pharmacist doesn’t check with a patient if it is ok to switch to a generic, then a brand drug is used to fulfill the prescription. Since brand drugs are more expensive than generic this just adds to the cost. Some laws in place in states and other federal policies only contribute to this by limiting the ability of generics to help keep the cost of medications down. Private insurers, especially those that are linked with pharmacy services (Express Scripts or CVS Health) rarely negotiate prices because they often receive payments from drug companies to shift customers to them. The other major factor that contributes to the high cost of medicines is that there are “government-protected monopolies” when it comes to brand drugs due to the current U.S. patent system. It allows a drug companies to remain the sole manufacturer of drugs that they’ve patented for at least 20 years. This prevents cheaper generic alternatives from coming to market are lower prices for extended periods of time. The FDA also gives drug companies exclusivity for certain products. Even with this delay in getting generics on the market, drug companies still use questionable strategies to maintain their monopolies. When you consider that a medication’s cost decreases by about 55% of the original brand cost once there are two generics on the market and to 33% of original cost once there are five generics on the market, you can see the seriousness of the problem of the delay in getting generics to market sooner. In addition to this delay, there is a backlog of applications to the FDA to get generic drugs approved. It can take 3-4 years for a drug company to win the approval to make drugs that are no longer protected by patents.

If you ask drug companies why medications cost so much, they will tell you that is because of the research and development that goes into manufacturing a new medication. This isn’t necessarily the truth. When you look at the fact that most new drugs are discovered through scientific research that is typically done in academia and is under the funding of federal grants from the National Institute of Health (NIH) or from venture capital, this seems to disprove their claim. The drug companies might say that they spend a significant amount on clinical trials. They are not wrong that clinical trials can be expensive—typically, it is about $500 million for one trial. The reason they are so costly is that researchers are required to collect more data from patients than in the past because all of the easiest medications to discover have already been discovered, so new treatments mean that scientists are working with molecules that are more chemically complex than previous drugs. The other factor that raises the cost of clinical trials is that they take place in more countries than they used to. Even with all of the expense of clinical trials, most drug companies only spend about 10-20% of their annual revenue on research and development. So, this means they spend far more on marketing of their products than on researching and developing.

Sadly, despite having clear solutions to the problems at hand, this isn’t going to be an easy fix. There are several reasons that this is the case. It is in part to congressional gridlock and the power of pharmaceutical lobbies. Over the past 10 years, pharmaceutical lobbies have given over $97 million to congressional candidates. Several states count drug companies as among their biggest industries, so you will not receive support from them. All of this makes the possibility of Medicare being able to negotiate drug prices unlikely. This inability to move toward a country with less expensive medications is tragic. When you consider that there are more bankruptcies from unpaid medical bills than those from credit-card bills or unpaid mortgages, it is something that deeply impacts a majority of Americans. Even with health insurance, people are still suffering financial hardships related to expenses from medications. Some people are having to decide between buying medications or food and mortgage/rent. Since the chances of widespread reform are unlikely in the near future, there are things that you can do to help reduce your cost of medications. This can include using generics whenever possible and a mail order pharmacy service for maintenance medications. By getting them in a 90-day supply, there are often discounts (just remember to tell your doctor you need the prescription written that way). Also, check with your insurance company to see if there is a preferred pharmacy—sometimes there are discounts by going to them. One other option is to see if the drug company has a discount program or coupon available for the medications you take.

We need a sweeping change when it comes to our countries current policies regarding prices for medications. Unfortunately, that seems like it might be a long time coming. In the meantime, each one of needs to do what we can to reduce our individual cost of medications. Also, we should be standing together demanding from our leaders that the current system is unacceptable and needs to be changed. Hopefully, this unity will provide the platform that will allow the change to occur and provide more appropriately price medications for all of us.