Does it really help?

PTSD can be debilitating for those who experience it. To help individuals with the disorder, many studies are ongoing for various treatment options. Recently, a breakthrough has occurred with one of these studies. It involves individuals with PTSD taking MDMA, or Ecstasy. What benefit does it provide? How effective is it? What are the long-term impacts? 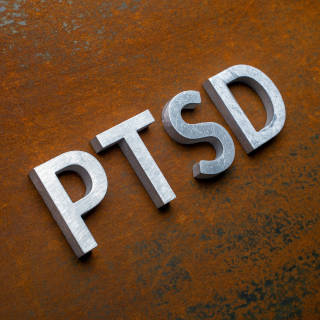 Post-Traumatic Stress Disorder (PTSD) is a mental health condition that affects nearly 3.5% of U.S. adults. It occurs after someone experiences a traumatic event, such as a serious accident, sexual abuse, injuries, or war. People often have flashbacks or nightmares, resulting in them having to relive terrifying moments. Other common symptoms include hypervigilance, intrusive memories, panic attacks, irritability; difficulty concentrating, dissociation (a “numbing” technique), withdrawal from activities, and difficulty functioning in daily life and relationships. Many individuals with PTSD also have depression, anxiety, and substance use disorders. Severe PTSD can also lead to suicide.

The main treatment option is focused on talk therapy and cognitive behavioral therapy. Other therapy options are prolonged exposure therapy, eye movement desensitization and reprocessing (EMDR), and cognitive processing therapy (CPT). However, nearly a third of people drop out of therapy, and almost 60% still have PTSD symptoms after they finish. Psychotherapy is challenging for individuals with PTSD because they’re asked to recall in detail and think about the scariest thing that’s ever happened to them. Currently, there aren’t any medications used to treat PTSD specifically, but some medicines may reduce symptoms, such as antidepressants, anti-anxiety prescriptions, and sleep aids. Unfortunately, many medications can mask symptoms, cause unwanted side effects, and require long-term dosage. Experts are looking into MDMA’s effects as part of therapy for severe PTSD.

MDMA is short for 3, 4-methylenedioxymethamphetamine and is more commonly known as ecstasy or Molly. It’s a psychoactive drug that acts as stimulant and releases neurotransmitters (chemical messengers to brain cells that change brain activity). These include “feel-good” hormones, like dopamine, serotonin, and norepinephrine, as well as oxytocin, prolactin, cortisol, and vasopressin. The hormones increase feelings of empathy, self-awareness, and sensory pleasure. Also, they provide more energy and less anxiety while increasing your ability to open up about emotions. Some individuals report differences in how they see time and space. MDMA was developed by German chemists in 1912. However, it became popular in the 1980s as a party drug associated with rave culture and electronic music events. This resulted in it being listed as a Schedule 1 drug in 1985. A Schedule 1 controlled substance is deemed to have no accepted medical use and has a “high potential for abuse.” Researchers were studying the therapeutic benefits of MDMA in the 1970s, but those efforts stalled upon the Schedule 1 designation.

Recent research demonstrates that when people with PTSD are given MDMA in a clinical setting, it helps them open up about difficult emotions, do more self-reflection, and work through the events that may have triggered their condition. Experts don’t completely understand how MDMA works on PTSD, but they know that it suppresses activity in the amygdala, the part of the brain that processes fear, which may lead to a person having heightened feelings of safety and social connection. This allows them to revisit traumatic memories without triggering a sense of panic.

Scientists are doing clinical trials looking into MDMA’s benefits for people with PTSD, and the results have been promising. One study concluded Phase 2 trials of MDMA-assisted treatments in 2017 and found that 54% of the patients who took MDMA had improved so much that they no longer fit the diagnosis for PTSD (compared to 23% in the control group). Further, the benefits appeared to increase over time, with the number who no longer had PTSD had risen to 68% a year later. Researchers say it’s remarkable because even with the best pharmaceutical regimen, you rarely see patients go into remission. The results have led researchers to state that MDMA-assisted therapy may have more benefits than any other psychotherapy or medication currently used to treat severe PTSD. Researchers hope the study will help this treatment gain regulators’ approval for clinical use within a few years.

Before starting MDMA therapy, you’ll undergo medical and psychological screening for safety and to assess whether it’ll be a good fit for you. Next, there’s a rigorous informed consent process. Also, two to three 90-minute preparatory sessions are often required beforehand. At the beginning of an MDMA-assisted therapy session, you’ll take a tablet or capsule with 125 milligrams (mg) of the drug. It can take about 45 minutes to take effect and last up to 8 hours. If necessary, your doctor or therapist may follow up with a half-dose 2 hours after the first one. During the session, at least two specially trained psychotherapists, generally one man and one woman, will be there. The sessions can last several hours. Music is often played, and there’s enough space to move around or recline on a couch or chair. You may need two or three sessions to see the benefits. Each session is separated by 2 to 4 weeks. In addition, your therapist will likely conduct at least one 90-minute integration session following each MDMA-assisted session. There’s also often a closing integration session after your last MDMA session. The sessions without the drug help you process any feelings, thoughts, or impressions that came up while under the influence of the drug. The psychotherapy component is the essential part of the treatment. The idea is that MDMA positively influences the dynamics between therapist and patient, enhancing the psychotherapy’s effectiveness and potentially allowing for a quicker recovery.

Are There Side Effects?

The only side effects noted in the studies of MDMA-assisted therapy were increases in pulse and blood pressure, muscle tightness, blurred vision, sleep disturbances, panic attacks, anxiety, confusion, dizziness, thirst, decreased appetite, nausea, sweating, and feeling cold. All of these were temporary. However, it’s vital to point out that certain individuals, like those who are pregnant or nursing, aren’t eligible to participate in MDMA-assisted therapy. Also, it’s not recommended for people with certain physical health conditions, such as cardiovascular disease, risk of dehydration, elevated body temperature, and seizures. Individuals with certain mental health conditions should also avoid MDMA, including psychotic disorders, bipolar disorder, dissociative identity disorder (DID), eating disorders with active purging, major depressive disorder (MDD) with psychosis, personality disorders, and current alcohol and substance use disorders. MDMA can be dangerous while taking certain medications, including SSRIs, MAO inhibitor antidepressants, drugs metabolized by the liver enzyme CYP2D6, and medications that inhibit the liver enzyme CYP2D6.

What are the Next Steps?

The positive findings of the early clinical trials led the Food and Drug Administration (FDA) to grant MDMA-assisted therapy “expanded access status” in 2017. This means mental health professionals can give the drug to certain people with very severe forms of PTSD that may be life-threatening, without the individual needing to be in a clinical trial. Furthermore, it can be given to people whose PTSD doesn’t respond well to other types of therapy and who couldn’t be part of Phase 3 clinical trials. In 2019, researchers started Phase 3 clinical trials at more than a dozen sites throughout the U.S., Canada, and Israel. In March 2022, researchers released their findings at the American Chemical Society (ACS) meeting. During the trial, MDMA therapy took place at 15 different sites. This factor is what makes the study so powerful. If the therapy works at all 15 study sites, in all 15 populations with all 15 therapist teams, it’s likely to work on a broad scale. The researchers also say the drug can even be effective in difficult-to-treat patients, like those with drug or alcohol use disorders. According to the National Institute on Drug Abuse, MDMA is also in clinical trials as a potential treatment aid for anxiety in terminally ill patients and social anxiety in autistic adults.

The Multidisciplinary Association for Psychedelic Studies (MAPS) is a private organization that has helped fund the current research trials since MDMA has its Schedule 1 designation. The organization anticipates the FDA will approve MDMA-assisted psychotherapy by 2023. When MDMA gets FDA approval for treating PTSD, it’ll be unique because it’ll also specify that psychotherapy must be included in the labeling. While the therapy structure may vary for different drugs, therapists must adhere to guidelines followed in similar trials. MAPS members point out that since the treatment is given in a controlled setting, the potential for abuse is low. So, MDMA-assisted therapy shouldn’t be confused with recreational ecstasy, in which one can’t know the exact dose and purity. Researchers say ecstasy bought illegally may have other ingredients that can create a combination dangerous for your health.

While it has taken more than 30 years and $75 million in independent funding to reach this point, MAPS is working to persuade public and private insurance plans to cover the treatment. It estimates that patients paying for the therapy entirely out of pocket would spend between $5,000 and $10,000 for a 12-week course. It’s important to understand that most of the cost is for the guided therapy, not the actual drug.

Individuals who’ve experienced traumatic events often feel isolated and alone. One of the things that MDMA does is let them know they’re not alone. Given the positive outcomes of the clinical trials of MDMA-assisted psychotherapy, the goal should be to make it available to anyone with PTSD as quickly as possible.