Why is it so bad for you?

You’ve probably heard that sitting too much isn’t good for your health. However, given our lifestyle nowadays, many people spend significant amounts of time doing precisely that! You might be wondering, what harm does sitting too much cause? What steps can you take to reduce the time you spend sitting? 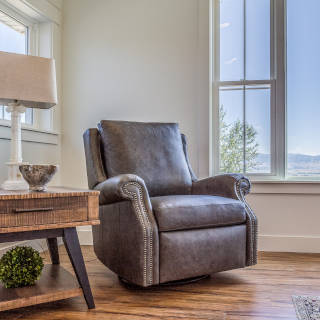 Over the past half-century, our sedentary time has increased dramatically to the point that sitting is now an ingrained part of our society. There have been several factors that contributed to this change. There has been a decrease in walking as traveling shifted to cars, trains, and planes. Also, manual labor has been replaced with desk-based work. On top of that, leisurely pursuits, such as the television and computer, have become increasingly popular. Data shows that between 1988 and 2010, the proportion of Americans who have no physical activity during leisure time increased from 19.1% to 51.7% in women and from 11.4% to 43.5% in men.

How many hours do we spend sitting each day?

According to global studies, most people sit for 7.7 hours per day on average, and some estimate people sit for up to 15 hours per day. A 2019 survey of 5,923 adults found that one in four people sit for more than eight hours a day; four in ten are physically inactive; and one in 10 are both. Less than 3% of respondents said they sat less than four hours per day and got sufficient exercise throughout the week (at least 150 to 300 minutes of moderate to intense exercise per week). The data also indicates that people tend to become less active as they age. A recent study published in JAMA surveyed more than 51,000 Americans and determined the amount of time spent sitting increased in a range of age groups by about an hour a day between 2007 and 2016, including a notable rise among adolescents.

Why is all this sitting so bad for you?

Physical inactivity contributes to over three million preventable deaths worldwide every year. That’s six percent of all deaths! It’s the fourth leading cause of death due to non-communicable diseases. The human body is designed to function best when standing upright. Your cardiovascular and digestive systems work more effectively and efficiently that way. Research has shown that 20 minutes in any fixed position starts to inhibit your metabolism. Therefore, any extended sitting can be harmful.

Sitting for long periods has been linked to obesity, increased blood pressure, high blood sugar, excess body fat around the waist, and abnormal cholesterol levels. A 2018 study published in the Annals of Internal Medicine of 8,000 adults showed an association between prolonged sitting and a risk of early death from any cause, regardless of how much you exercise. Individuals who sat for no more than 30 minutes at a time had the lowest risk.

A survey of over 125,000 adults conducted by the American Cancer Society determined that people who sat the most were more likely to die from 14 different conditions (cancer, coronary heart disease, stroke, diabetes, kidney disease, suicide, COPD, pneumonitis, liver disease, peptic ulcers, Parkinson’s disease, Alzheimer’s, nervous disorders, and musculoskeletal disorders). The survey found that those who sat six or more hours a day were 19% more likely to die over the next 21 years than those who spent less time sitting after the workday. Even if a person was getting the recommended 30 minutes of moderate to vigorous physical activity every day of the week, the higher chance of death remained.

An analysis of 13 studies involving over 1 million people going over sitting time and activity levels found that those who sat for more than eight hours a day with no physical activity had a risk of dying like the risks associated with obesity and smoking. However, unlike some other studies, this analysis also found that 60 to 75 minutes of moderately intense physical activity a day countered the effects of too much sitting. While this may sound encouraging, it’s essential to realize that the results of too much sitting are hard to counter with exercise. Even if you work out 7 hours a week, which is far more than the suggested 2-3 hours, it can’t reverse the effects of sitting 7 hours at a time.

Sitting for long periods can lead to weakening and wasting away of the large leg and gluteal muscles, which are essential for walking and stabilizing you. If these muscles are weak, you’re more likely to get injured from falls or during exercise. Sitting also negatively impacts your hips, back, neck, and shoulders. For older adults, it’s imperative to keep moving. Those who aren’t active may be more likely to get osteoporosis and could slowly become unable to perform basic everyday tasks.

Pioneering work on the relationship between movement and health was conducted in the early 1950s by British researcher Dr. Jeremy Morris. He went through the health records of 31,000 bus drivers and conductors (who walk around the bus collecting tickets) in London. Even though their diets and lifestyles were very similar, the conductors had significantly less heart disease than the drivers. The only variable that consistently distinguished one group from the other was activity level.

Another risk that increases the more you sit is the possibility of getting a deep vein thrombosis (DVT). This is when a blood clot that forms in your leg. It can be serious if the clot breaks free and lodges in your lungs, heart, or brain. You’re also more likely to have varicose veins because when you sit for too long, blood can pool in your legs, putting added pressure on your veins, causing them to swell, twist, or bulge. They usually aren’t severe, but they can ache.

If you spend a lot of time sitting, your digestion is not as efficient. Moving your muscles helps your body digest the fats and sugars you eat, so without movement, you retain those fats and sugars as fat in your body. Also, your chance of having diabetes rises significantly. Some research suggests that people who spend more time sitting have a 112% higher risk. The correlation doesn’t seem to be limited to burning fewer calories. Doctors think sitting may change how your body reacts to insulin. Studies have shown that just five days lying in bed can lead to increased insulin resistance. Furthermore, your cancer risk goes up too. Sedentary individuals are more likely to get colon, endometrial, or lung cancer. In addition, older women have higher odds of breast cancer.

While we don’t yet understand the link between too much sitting and mental health, we do know that the risk of both anxiety and depression is higher in people that sit more. You’re also more likely to have dementia if you sit too much. Some thought is that you miss out not only on the physical aspect of more activity but the social aspect that goes with it.

How to stop sitting so much

The key is to foster a healthy lifestyle in general. Besides regular physical exercise, this means not smoking, minimizing alcohol and meat intake, and eating plenty of fruits and vegetables. As far as physical activity, get as much as you can. It’s not clear how much is needed to offset a sedentary life, so there aren’t guidelines yet on how much people should sit versus move around. Experts recommended initially working toward at least two hours of walking/standing during the day, eventually progressing to 4 hours/day.

Your focus should be on decreasing sedentary time instead of increasing moderate to vigorous physical activity. For instance, when cleaning your house, put items away in several trips rather than taking them altogether. Stand up and do some laundry during your favorite television show. You can also take standing, walking, and stretching breaks during commercials. If you’re talking on the phone, walk around. Listen to audiobooks while walking, cleaning, or working in the garden. Try using the stairs instead of the elevator or escalator. If you use public transportation, stand or get off one stop early and walk to your destination. Park further away from wherever you’re going and walk the rest of the way.

When it comes to your work environment, work more movement into your day by standing up and stretching every half hour. Touch your toes or go for a stroll around the office. You can also stand at your desk for part of the day. An easy tip is to move your garbage bin away from your desk, so you have to get up to throw anything away. Use the speakerphone for conference calls and walk around the room during the calls. You can get a desk that raises or make your own by setting your computer on top of a box. If possible, position your work surface above a treadmill, either with a computer screen and keyboard on a stand or a specialized treadmill-ready vertical desk. Walk over and talk to your colleagues instead of emailing them. Organize walking meetings where you and your colleagues walk for meetings rather than sitting in a conference room. Take your lunch break away from your desk and enjoy a short walk outside if you can.

The impact of movement is profound! By standing for three additional hours each day over a year, you can burn up to 30,000 extra calories and eight pounds of fat. That’s the equivalent of running about ten marathons. A comfortable 15- or 20-minute walk accomplishes a lot when done regularly. Even short, frequent interruptions of long stretches of sitting improve insulin sensitivity and glucose levels.

It’s vital to move frequently throughout your day to counteract the adverse effects of sitting. When you are physically active, your energy levels and endurance improve, and your bones maintain strength. Get out there and get moving!