Why you don’t need to worry

You’ve probably heard of smallpox, but don’t know of anyone who’s ever had it. It was once a very common disease. Thankfully, it no longer is because it has been eradicated. What does this mean? Should you be worried about it coming back? If it did reappear, how is it treated? 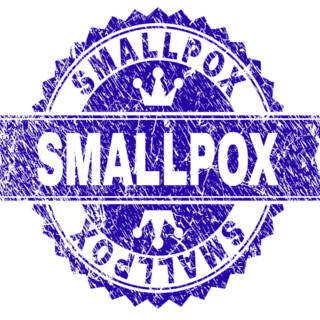 Smallpox is a disease caused by the variola virus. It’s contagious and is transmitted through droplets in the air, which are released when an infected person coughs sneezes or talks. A non-infected person inhales these droplets or touches a surface that they landed on. Symptoms typically appear 10 – 14 days after infection. During the incubation period, you can’t infect others. Symptoms come on suddenly and include fever, headache, severe fatigue, overall discomfort, severe back pain and vomiting (occasionally). After a few days, flat, red, spots show up on your face, hands and forearms before appearing on your torso. It doesn’t take long for these spots to turn into blisters initially filled with clear fluid that transforms into pus. A little over a week later, scabs form and fall off leaving behind deep, pitted scars. Some people even get lesions inside their nose and mouth, which break open. The good news is that smallpox isn’t usually fatal with only 30% of people who became infected dying. However, it does typically cause severe scars. It could also cause blindness. The good news is that even though it has affected humans for thousands of years with evidence of it being present in ancient Egyptian pharaohs, it was eradicated worldwide by 1980 due to an unprecedented global immunization campaign. The last natural outbreak of smallpox in the United States happened in 1949. Now, there are only samples of the virus kept in research labs. 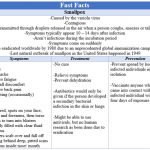 There isn’t a cure for smallpox. Since the disease is caused by a virus the focus of treatment would be to relieve symptoms and prevent the individual from becoming dehydrated. Antibiotics would only be given if the person developed a secondary bacterial infection in the skin or lungs. Some antiviral medications are being studied to see if they would be effective in treating smallpox, but they’ve not been tested on humans due to the eradication of the disease. Some experts are concerned that since it’s not seen nowadays, if an outbreak were to occur, most doctors wouldn’t be able to recognize it during the early stages, which means that it could easily spread. Due to the nature of the virus and the highly global society we live in, even one confirmed case is considered an international health emergency.

If there was an outbreak, the best way to prevent the spread would be to keep infected individuals in isolation. In addition, anyone who had contact with these people would need to receive the smallpox vaccine. The vaccine uses a live vaccinia virus, which is similar to the variola virus, but less harmful. It can prevent or decrease the severity of the disease if it’s received within four days of exposure. Once you’ve developed the rash, the vaccine won’t protect you. It’s important to note that the vaccine can cause serious complications and this is why it’s not encouraged to be used for a general vaccination program, especially because the risk of contracting the virus is so low. The vaccine offers protection for up to 10 years on its own and 20 years if a person is revaccinated.

Smallpox is not a disease anyone wants. Thankfully, we don’t have to worry about it. If you have any questions or concerns about smallpox, please speak with your doctor. If you would like more information, please visit the Center for Disease Control and Prevention’s (CDC) smallpox page at https://www.cdc.gov/smallpox/about/index.html