How can you prevent them?

You are in your yard, working when you bend down to pick up a rock to move it out of the way. The next thing you feel is a sharp pain in your forearm. You quickly look down and realize that you have just been bitten by a snake. What should you do? What is the best treatment? 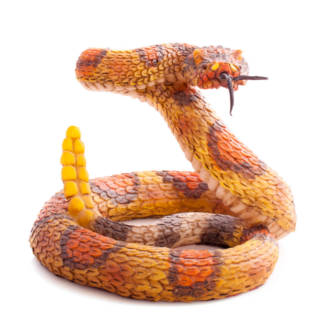 Most snakes in the United States are not venomous, and therefore, not dangerous to humans. Snakes do not bite unless they feel cornered or threatened. This is why snake bites often occur on the arms or legs of the victim because people are not paying attention while walking or provoke the snake by trying to pick it up/play with it or attack the snake. The venom has a combination of substances, typically certain proteins, that can cause a variety of problems within the human body. The four main categories are cytotoxins (cause local tissue damage), hemotoxins (casue internal bleeding), neurotoxins (affect the nervous system) and cardiotoxins (directly affect the heart). It is important to know that not all bites lead to envenomation (inject of the venom into the victim). Snakes are able to regulate the actual release and the amount of venom released. These bites are known as “dry bites” and occur in 25-50% of snake bites (depends on the type of snake). While there are 25 species of venomous snakes found in North America, there are very few deaths from snake bites in the United States due to the access to medical care and antivenom.

The four most common types of venomous snakes in the United States are rattlesnakes, water moccasins (cotton mouths), copperheads and coral snakes. Rattlesnakes are easily identified by the rattle on the end of their tail. Water moccasins are also called cotton mouths because their mouths have a white, cottony lining. They typically are found in or near water. Copperheads get their name from the color of their head. They also have reddish brown bodies that have darker-colored bands. Coral snakes have red, yellow and black rings on their bodies. The non-venomous milk snake looks very similar to the coral snake, but their rings are a different pattern. An easy way to remember the difference (for North America only) is the saying, “Red on yellow, kills a fellow. Red on black, venom lack.” Since snakes are cold-blooded, they are most active when the temperature is between 77-90°F. This is why they are found in tropical regions, especially in agricultural areas.

All snake bites should be treated by doctor, even those that are non-venomous. Snake bites can be deadly if they aren’t treated quickly. This is especially true for children due to their smaller body size, elderly due to circulatory problems that are more likely to occur as you age and those with compromised immune systems that would have a more difficult time fighting of the affects of the venom. The first thing you should do after being bitten is to remain calm and restrict your movement. If you were bitten on your arm or leg, keep the affected limb at or below the level of your heart. Remove any rings, jewelry or tight clothing since swelling can occur. Get medical attention immediately…do not waste time looking for the snake, but try to remember what it looked like, especially its coloring. Do NOT do any of the following: apply a tourniquet, apply a cold compress, over-exert yourself, cut the bite with a knife/razor, try to suck out the venom by mouth, take any stimulants (alcohol or caffeine) or pain medicines, eat anything, raise the affected limb above the level of your heart or try to capture the snake (even if dead, they can inject venom for several hours after due to a reflex). If you have been bitten by a snake, besides going to the closest emergency room, you can call the Poison Control Center at 1-800-222-1222 (it is 24 hours a day, 7 days a week phone number) to get further instructions. The faster you receive treatment, the better your prognosis will be.

The best way to treat a snake bite is to prevent one. It is important to avoid areas where snakes like to hide, like under rocks or logs. If you see a snake, don’t play with it, pick it up or provoke it in any way. The majority of snake bite cases in the United States are caused by people trying to handle or attacking a snake. If you know there are snakes in an area, do not walk barefoot. If you are hiking in an area that is known to have snakes, then be sure to wear long pants and boots. Use a walking stick to tap ahead of you or in places where you need to place your foot, but can’t see, this is helpful in alerting snakes that you are there. Most snakes will do everything possible to avoid you when given enough warning…they are more afraid of you than you are of them.

Snake bites are not something anyone wants and they can easily be avoided with awareness of your surroundings and being prepared. If you are bitten by a snake, get treatment immediately. If you have any questions about snake bites, please speak with your doctor or call the Poison Control Center at 1-800-222-1222. If you would like more information about snakes bites, please visit Mayo Clinic Snake Bite First Aid page at https://www.mayoclinic.org/first-aid/first-aid-snake-bites/basics/art-20056681