Would they be a good thing?

When you go to the doctor, they should have a copy of your medical history because this allows them to provide you with the best care possible. Unfortunately, they don’t always have all the information they need. This is why there’s talk of creating a unified medical records system. How would this help? Are there any drawbacks? 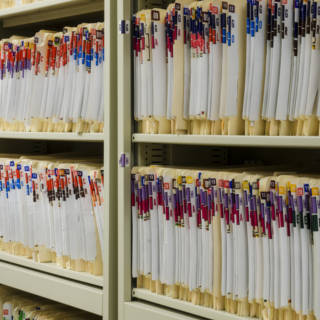 With the invention of electronic medical records (EMR), the landscape of medical records has been forever changed. However, there’s a problem. There are multiple systems, and they don’t communicate with each other. This is why a unified electronic medical record program could make a big difference. A unified patient record (UPR) would allow access to patient information at every potential venue of care while still providing privacy, security, and autonomy of patient information. Essentially, this means that all care providers, from doctors to hospitals to urgent care centers to dentists, could see what care was provided, such as their medications, past medical history, test results, allergies, and blood pressure.

One thing we know for sure is that healthcare is not a one-time thing. Throughout your life, you’ll visit several different doctors. Currently, every time you do so, they have to start from scratch to gather your information. Not only is this completely inefficient, but it impacts the care patients receive, the overall and individual cost of healthcare, and coordination amongst healthcare professionals.

One of the main hopes of electronic health records was that they would reduce mistakes and oversights. Physicians are known for having illegible handwriting, and this has been blamed for countless errors. With repeated photocopying or faxing, paper medical care can become unintelligible. Also, paper medical records can be mislaid or might simply not be where they are needed—all of these factors endanger patients. By having an electronic UPR, these issues could be avoided, for the most part. It would also allow patients to have continuity of care wherever they go. In addition, it enables care providers to exchange or transfer patient data without worry that the data might be partially missing.

Every time a care provider has to start from the beginning, it usually involves retaking tests and other inconveniences, which leads to the patient having to spend money and time that they didn’t need to if their records were accessible. Since insurance companies often won’t pay for repeat testing, patients might have to pay exorbitant out-of-pocket fees. Unfortunately, many people assume that test results will be automatically and magically sent to the right doctors and don’t bother to request that it be done. This isn’t the case. Until a more unified system is in place, all clinics, practices, hospitals, and testing sites should provide patients with a standard, printed statement at each visit, detailing how (and whether) its staff will transmit records to other physicians and specifying what procedures, if any, patients need to take on their own to facilitate transfers. This isn’t standard practice either.

In 2017, data from the Department of Health and Human Services (HHS) showed 96% of hospitals and 86% of physicians’ offices had access to electronic health records. Yet many doctors have come to hate their computers due to having to spend more time attending to data entry than they do interacting with patients. They spend thousands of hours a year filling out and signing endless forms and bureaucratic nonsense. So, it may seem counterintuitive to suggest that expanding the industry’s reliance on EHRs is actually the key to making its use less stressful and more beneficial – but that is precisely what the 2018 Future Health Index, commissioned by Philips, implies.

One study of 16 countries found some interesting points. Eight of the countries have universal EHRs, while the other half have a combination of free-market forces and regulatory guidance that dictate health IT adoption. The eight countries (Australia, China, France, Germany, Italy, Russia, Singapore, and Spain) with universal EHRs saw an average overall “Value Measure” of 47.29. The Value Measure is a combined score based on access to care, patient satisfaction, and an efficiency ratio score. In contrast, the countries without universal EHR coverage (Brazil, India, the Netherlands, Saudi Arabia, South Africa, Sweden, the UK, and the US) saw an average value measure of just 39.67. Furthermore, healthcare professionals and patients in universal EHR countries expressed a significantly higher degree of trust in their health systems. The countries with universal EHR also rank higher on international assessments of health system quality. In 2018, The Lancet published an evaluation of health system performance for 195 countries based on data gathered from 2016. Five out of the eight universal EHR countries ranked in the top 20 performers, with Singapore coming in 22nd. In contrast, only two non-universal EHR nations (Sweden and the Netherlands) made the top 20. The United States was 29th.

It seems that countries with universal EHRs are further along the maturity curves of consumer trust and data integration. Unified electronic records have prompted governments to address privacy and security issues, data integrity, and health information exchange with varying degrees of success. Except for China, all of the universal EHR countries have established policies around data security and protections and have also implemented regulations to guide data sharing. Creating a clear framework for the use, protection, and exchange of data provides a sounder platform for EHRs and advances digitization in other areas. AI (artificial intelligence) is likely to be a beneficiary of more comprehensive data-sharing frameworks. One of the issues with AI is access to enough high-quality data for training the models. Data sets are often locked away in proprietary siloes, and organizations are reluctant to subject data assets to privacy and security risks by sharing them with peers. It’s important to note that AI is a significant contributor to a healthcare system’s ability to provide data-driven care.

Overcoming patient concerns about how their data is used and shared for research and development purposes is a vital part of the process. Not surprisingly, most people rank their health data as the most sensitive information about themselves. This tops their concerns about their emails and social media data being exposed. Even though the US has strict medical-privacy rules that focus on the secure encryption of data, especially during its transmission between computers, breaches of EHRs, particularly at health insurance companies, have exposed more than 100 million people’s data makes the apprehension around UPRs understandable.

In 1996, the Health Insurance Portability and Accountability Act (HIPAA) was introduced in response to growing issues facing healthcare coverage, privacy, and security. To follow the disclosure and confidentiality regulations, organizations shifted to electronic systems. By 2004, President George W. Bush created the position of National Health Information Technology Coordinator and called for industry-wide adoption of electronic health record systems by 2014. However, it received little funding from the Administration, and the use of electronic health records grew slowly. In 2008, only 9% of hospitals had EHRs that met minimal standards. In 2009, President Obama passed the American Recovery and Reinvestment Act (ARRA), a piece of legislation aimed at directing additional funding and incentives to healthcare professionals who adopt these electronic medical systems and follow the concept of “meaningful use” by the year 2014. As part of the law, the government commissioned researchers to find the best way to invest $30 billion of stimulus funding to improve and promote the use of electronic health records. It also created incentives within the Medicare reimbursement system to push doctors and hospitals to begin using the EHRs more widely. From 2009 to 2016, a working group held hundreds of meetings with doctors, administrators, health insurance companies, legislators, and other stakeholders. One outcome was a list of 140 data elements that should be collected from every patient on each visit. The 2010 Affordable Care Act extended patient privacy requirements and an updated version of the International Statistical Classification of Diseases and Related Health Problems. A 2013 survey found that about 70% of doctors were using electronic health records in some form. In 2019, Medicare’s proposed regulations might soon make using Fast Healthcare Interoperability Resources (FHIR) in electronic health records a requirement.

Ultimately, to have an effective and sustainable UPR, one must consider the basic elements, including control, funding, security, accessibility, portability, compatibility, integration from multiple sources, and home-data procurement with medical oversight to maintain the system’s integrity. Only Congress has the authority to develop an EMR system designated as universal and requires compliance from all healthcare providers. Without this, each provider, whether they be a hospital, an HMO system, or a private practice, will have their own solution. The result would be similar to our current problem: incompatibility of systems and the inability to share information. As far as funding, the most likely contributor is the pharmaceutical industry. Once again, it’ll require an act of Congress to ensure that they pay, at least partially, for a national EMR system without any undue influence or advertising content.

The main goal of a universal EMR is access. While their primary care doctor should manage each patient’s medical record, patient information needs to be portable and accessible to appropriate caregivers in emergency rooms and other tertiary care settings while assuring privacy and security to patients. This is key in providing more effective and efficient treatment to patients. The best way to make sure this happens is through a secure, internet-based system. If a basic UPR structure can be provided online, it’ll allow for participation by all institutions at a rudimentary level. To make it less cumbersome, the system needs to promote efficiency in data entry, which will allow for thorough and complete input of patient data and uniformity across institutions. The best system would provide a template for essential information and the ability to click through the basic data rather than writing it out. While EHRs are designed to prevent errors by alerting clinicians to possible mistakes, they aren’t foolproof. A 2018 government report found that clinicians are inundated with alerts that range from minor issues to errors that pose considerable risks. The volume of alerts can lead to ‘alert fatigue,’ a phenomenon in which system users ignore all levels of alert when faced with many lower-level alerts. To prevent this, a UPR system needs to prioritize and show the alerts that have the most effect on the health and safety of patients.

Obviously, we can see from the experience so far that the transition won’t be seamless. However, it’s an opportunity to rethink how the care we provide is documented and how it affects the way we take care of patients. If we all work together, the UPR can become a true reflection of the patient’s care by building a true past medical history and an accurate active problem list. This would allow us an opportunity for truly shared decision-making between patients and physicians about what has happened and what will happen next.