In the United States, there are nearly 28 million people without health insurance. Did you know that half of these people are eligible to receive it, but don’t? Why is this the case? How can this be rectified? If you don’t have health insurance, how do you find out if you’re eligible? 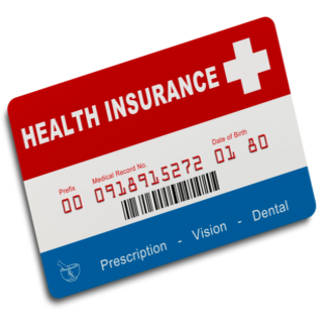 On September 10th, the United States Census Bureau, who is considered an authority on insurance numbers, issued a report from new census data that showed the number of people across the country who are uninsured grew significantly from 7.9% in 2017 to 8.5% in 2018. This means almost 28 million Americans didn’t have health insurance last year, which is 2 million more than previous year. This is the first year-to-year increase in the uninsured rate since 2008 to 2009, which was at the height of the financial crisis and before the Affordable Care Act (ACA) became law in 2010 when the uninsured rate was around 15%. Initially after the law passed, the uninsured rate dropped for a couple years, slowed and then had been steady between 2016 and 2017. The Census Bureau stated that the change was driven primarily by a decrease in public insurance for the poor because enrollment in Medicaid decreased by 0.7%. They also reported that the number of people covered by private insurance didn’t noticeably change. The Census found that most states didn’t have any statistically significant changes to their uninsured rates. In fact, the number of uninsured declined in New York, South Carolina and Wyoming. However, it did increase in Alabama, Arizona, Idaho, Michigan, Ohio, Tennessee, Texas and Washington state. Another important fact that the Census Bureau reported is that the US unemployment rate fell from around 4.3% in 2017 to 4% in 2018 and the poverty rate fell to 11.8%, which is the lowest it’s been since 2001. Typically, uninsured rates fall or hold steady when unemployment rates drop. So, the fact that they increased despite the economy performing well, strong wage growth and thousands of new jobs last year is astonishing. With fewer Americans living in poverty, why are more lacking health insurance?

The Census Bureau report did show the benefits of what is considered the longest economic expansion on record, but it also exposes the limitations of that growth. Unfortunately, median household income is only modestly higher than when the recession began in late 2007 and it hasn’t changed since the dot-com bubble burst in 2000. This means that the economic growth in recent years is helping families recover from the recession, but isn’t doing anything to address the longer impact felt in middle-class incomes. Income gains have slowed significantly. Last year’s median income grew less than 1%; whereas the median income grew 5.1% in 2015 and 3.1% in 2016. So, while the Census Bureau is correct in reporting that poorer households experienced the strongest income gains, which is a sign that the recovery is at last delivering income gains to middle-class and low-income families, the overall pace of the progress is slow. The report found a statistically substantial increase in the uninsured rate for people who are earning more than 400% above the federal poverty line (just over $48,000 in 2019), which is the eligibility cutoff to receive subsidies to help individuals purchase their own insurance coverage in the ACA’s marketplaces. The subsidies are based on income and require recipients to contribute a maximum of about 10% of their incomes toward the premium. If you earn even $1 more than that maximum, you aren’t eligible for a subsidy. Without the help of these subsidies, many middle-income families can’t afford the rising cost of insurance premiums in the marketplace. According to the Congressional Budget Office, in 2018 the average premium for a health plan bought on one of the ACA’s health exchanges was around 34% higher than it was in 2017. So, the economy has improved just enough that people’s incomes are going up slightly and it’s enough to put them past the poverty line, but not enough for job-based coverage. On top of that, the cost of premiums has risen significantly. In addition, a decision by the Trump administration in 2017, which will take effect next year, eliminates the subsidy program in many parts of the country. A 2018 report from the Kaiser Family Foundation (KFF) found that 45% remained uninsured because they could not afford insurance and that 1 in 5 people without insurance skipped needed care because of the cost. So, individuals who have limited access to health care and difficulty paying their medical bills will end up not receiving the care they need.

The Census Bureau report has caused many healthcare advocates to blame the increase in the number of uninsured on the Trump administration due to them not only discouraging people from signing up for public programs, but even taking actions to undercut ACA, including supporting a multistate lawsuit that is aimed at striking down the entire law. In addition, there have been several policy changes under the Trump administration that have impacted ACA negatively. One of the things that the Trump administration is telling people to do in order to be able to afford some form of health insurance is to sign up for cheaper health plans. These plans often don’t meet ACA standards, including protections for preexisting conditions, which means if you have it and need to use it, you’re going to have to pay significantly more out of pocket. Another thing that the Trump administration approved was the first-ever Medicaid work requirements, which nine states adopted, but hasn’t gone into effect yet. The problem with this rule is that it generally targets low-income adults who gained coverage since 2014 under the ACA expansion. Other states are now requiring Medicaid recipients to verify their income more often. In addition, Congressional Republicans ended the ACA’s penalty for people who don’t have insurance, which has caused some people to drop their coverage. It’s estimated that another 2 million people would become eligible for Medicaid if all the states agreed to expand it under ACA. Currently, only 37 states and Washington D.C. have expanded it. However, under the Trump administration, the Centers for Medicare and Medicaid Services has urged states to seek more requirements for recipients. Furthermore, the Department of Health and Human Services has cut back the outreach, including advertising, that would help to increase the numbers of those enrolled in ACA. In August, it announced it would allocate just $10 million in grants for helping publicize plans and aid people in enrolling in them. This same lower level of funding has the norm for several years. The Trump administration’s crackdown on immigration also appears to have had a substantial impact. A policy that became final this year is that if an immigrant is enrolled in Medicaid, it counts as a strike against them when they’re applying for green cards or citizenship. According to the Census Bureau report, the number of Americans of Hispanic origin who are insured fell last year. The report also states that insurance coverage also dwindled among not only children who are Hispanic, but naturalized citizens. The report asserts the uninsured rate among people ages 18 and younger increased to 5.5%, or 4.3 million children, last year. Experts say that this is primarily due to a loss of public coverage, mainly Medicaid. The Trump administration says that these children are getting private coverage, but this isn’t true, they are uninsured instead. With several states now asking families to prove their eligibility for Medicaid, it makes it harder for people to access health insurance and has deterred families from enrolling their children. According to the report, the number of American children covered by Medicaid and the Children’s Health Insurance Program (CHIP) fell by more than 1.6 million in 2018. CHIP is a public program that provides health insurance for children in families with income too high to qualify for Medicaid but can’t afford private health insurance.

Nearly 11 million people are eligible for either free coverage or government help in buying it, but most of these people are unaware of their eligibility. A Commonwealth Fund survey found that 67% of uninsured people hadn’t even looked into marketplace coverage. When asked why they hadn’t, 36% didn’t think they’d be able to afford a plan, 15% didn’t think they needed it, 8% didn’t think they’d be eligible and 7% weren’t aware of the marketplaces. The KFF estimates 4.2 million uninsured people nationwide could have a “bronze” level plan and wouldn’t have to contribute any premiums. If these people were signed up, it would reduce the uninsured population by more than a third. There’s no question that if you increase the amount of red tape a person has to go through to get coverage, you’re going to lose people and many of them are actually eligible for the coverage.

In order to help those who are sick get better and those who are well to stay that way, Americans need better access to healthcare. One way to encourage this is making sure that they have insurance coverage because this helps to reduce their out-of-pocket expense. Since a good portion of Americans have to worry about make sure that they have enough money to live their day-to-day lives, this is crucial. Our government leaders need to step up and put forth a plan that actually works for the people.

If you don’t currently have insurance or want to see if you’re eligible for assistance, go to www.healthcare.gov or call their help line at 1-800-318-2596.