Most women have some form of cramping, back pain, and bleeding during their menstrual cycle. What does it mean if you have heavy bleeding, your period lasts longer than a week, and pelvic pain that doesn’t go away? Is it something serious? How can it be treated? Is there a way to prevent it? 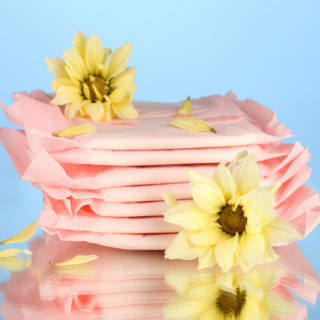 Uterine fibroids are growths of the uterus that occur during the childbearing years. They are typically noncancerous and don’t increase your risk of developing uterine cancer. It’s thought they originate from stem cells in the smooth muscular tissue of your uterus. A single cell repeatedly divides, resulting in a firm, rubbery mass that is distinguishable from the surrounding tissue. They can grow slowly, rapidly, or not at all. Some will go through growth spurts, and others shrink by themselves. Some appear during pregnancy but usually disappear or shrink as the uterus returns to its normal size.

Fibroids are classified by their location. Intramural grow inside the muscular uterine wall, submucosal grow on the inner lining of the uterine cavity, and subserosal grow on the outside of the uterus. Most don’t interfere with getting pregnant, but submucosal can cause infertility and pregnancy loss due to their location. All fibroids put you at risk for complications during pregnancy, like placental abruption, restricting fetal growth, and preterm delivery.

The exact causes of uterine fibroids aren’t known, but several things are thought to contribute. When biopsied, fibroid cells have changes in their genes that normal uterine muscle cells don’t, so genetic changes are thought to play a role. Fibroids contain more estrogen and progesterone receptors than normal uterine muscle cells, which means that the hormones appear to encourage the growth of fibroids. This might play a key role because fibroids often shrink or disappear after menopause when estrogen and progesterone production decrease. Another factor is the extracellular matrix (ECM), which is responsible for making any of your cells stick together. In fibroids, the amount of ECM is increased, making them fibrous. ECM also stores growth factors and can cause biological changes in the cells.

Certain factors could increase your risk of developing fibroids. One is if you’re a black woman. If you are, you’re not only at a higher risk of developing fibroids but also more likely to have them at a younger age, larger fibroids, and more severe symptoms. You could also be at increased risk if your mother or sisters have fibroids. Some other factors that raise the risk of getting fibroids are obesity, starting your period at an early age, vitamin D deficiency, drinking alcohol, and having a diet high in red meat and low in green vegetables/fruit/dairy.

Many women develop them, but since most fibroids don’t cause any symptoms, they don’t know it unless they are discovered accidentally during a pelvic exam or ultrasound for something else. If you do have symptoms, they usually depend on the size, location, and number of fibroids. Symptoms could include heavy menstrual bleeding, periods lasting longer than a week, pelvic pain/pressure, frequent urination, difficulty emptying your bladder, constipation, backache, and leg pain. You should see your doctor if you have any of these symptoms or any signs of anemia (extreme fatigue, weakness, pale skin, chest pain, fast heartbeat, shortness of breath, headache, dizziness, lightheadedness, or cold hands). If a fibroid outgrows its blood supply and begins to die, it can cause an onset of sharp, sudden pain in your lower abdomen. If you experience this and severe vaginal bleeding, you should go to the nearest emergency room. 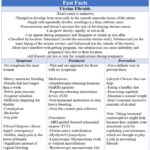 There are many treatment options for uterine fibroids. Since fibroids aren’t cancerous, they rarely interfere with pregnancy. Many women who have them don’t have any symptoms or only mild symptoms, so the initial recommendation is to keep an eye on it.

If you do require treatment, different medications can be used. Some of them use hormones to regulate your menstrual cycle, which will hopefully help to reduce any heavy bleeding and pelvic pressure. These medications don’t get rid of the fibroids but might shrink them. Gonadotropin-releasing hormone (GnRH) agonists block the production of estrogen and progesterone, which puts you in a temporary menopause-like state, stopping your menstruation and causing the fibroids to shrink since they need these hormones to grow. Since these medications mimic menopause, you can only use them for a few months. Otherwise, you can have long-term complications. Typically, doctors will prescribe these before surgery to remove the fibroids to reduce their size or help you transition to menopause.

A progestin-releasing intrauterine device (IUD) is a great option to reduce heavy bleeding and prevent pregnancy. However, it’ll only provide symptom relief, not make the fibroids shrink. Other oral medications that aren’t hormones can be taken to help reduce the amount of heavy bleeding, and over-the-counter pain relievers, like ibuprofen, help to alleviate pain.

There are several different procedures and surgeries that you could have to remove fibroids. Some minimally invasive procedures get rid of fibroids without having to do surgery. One is an MRI-guided focused ultrasound surgery (FUS), which uses sound waves to heat and destroy small areas of fibroid tissue, allowing your uterus to be saved. Uterine artery embolization is when small embolic (clotting) agents are injected into the arteries that supply blood to the uterus. This cuts off blood flow to the fibroids resulting in them shrinking and dying. Myolysis is a procedure that uses radiofrequency energy (electric current or laser) to destroy the fibroids and shrink the blood vessels that supply them. Sometimes, your doctor will freeze the tissue, which is called cryomyolysis.

A myomectomy involves removing the fibroids but leaving the uterus in place. This can be done laparoscopically or surgically. If the procedure is done laparoscopically and your fibroids are large, your surgeon may need to break them up into smaller pieces so they’ll fit through the incision site. This process is known as morcellation. It’s important to note that if you’re a woman close to menopause, most doctors won’t recommend this due to the increased risk of blood clot formation.

If your fibroids are inside your uterus, your doctor will probably do a hysteroscopic myomectomy (using instruments inserted through your vagina) to remove them. Another procedure is endometrial ablation, which uses an instrument inserted into your uterus to destroy the lining using heat, microwave energy, hot water, or electric current. This process typically ends menstruation, so if you still plan on having children, this isn’t the procedure for you. If you are done having children, another option is a hysterectomy. With any of the procedures besides a hysterectomy, tiny fibroids that your doctor might not be able to detect during surgery could grow and cause symptoms in the future.

Unfortunately, there isn’t a definite way to prevent uterine fibroids from occurring. You can make lifestyle choices that reduce the risk, such as eating a healthy diet and exercising regularly to maintain a normal weight. It’s also important not to consume excessive amounts of alcohol. Taking hormonal contraceptives might prevent fibroids from developing.

For most women, their fibroids don’t cause them any issues. If you’re one of the women who have problems with them, the good news is that there are plenty of treatment options. If you have any questions or concerns about uterine fibroids, please speak with your doctor. If you would like more information, please visit the Office of Women’s Health’s Uterine Fibroid page at https://www.womenshealth.gov/a-z-topics/uterine-fibroids