Everywhere, but not a drop to drink?!?

What is something that you don’t think about often is…WATER! Seriously, how often do you actually think about it. Water is something that we take for granted and don’t give much thought about until there is too much of it (flooding your home), not enough of it (none to drink) or something is wrong with it (as was the case in Flint, Michigan). So, if everything is working, why should we be concerned about water? 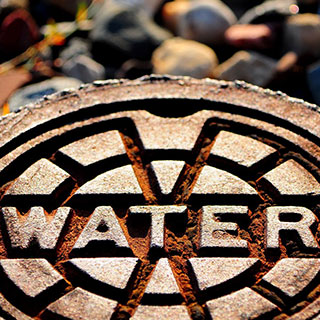 No question, water is essential to our everyday life. We use it for a variety of things, such as cooking, bathing, washing our clothes/dishes and, most importantly, drinking. This is why as little as we think about it, water plays a vital role in our survival. There are several things that we should be concerned about when it comes to our water supply. The first that would come to mind is probably pollution. While this is obviously important, it has been significantly decreased to better regulation since the Clean Water Act of 1972 was enacted, which has provided guidance for all subsequent legislature. That begs that question, what happened in Flint, Michigan? Yes, there was pollution of the water supply but there were several factors that contributed to this. There was negligence on the part of government officials to do their job of ensuring that the proper standards were met. If they had done their job, they would have realized that the age and the material of the piping throughout the city were incompatible were the chemicals that needed to be used to treat the water in order to make it safe to drink. These chemicals caused the water to become more acidic and this triggered the lead in the aging piping system to be leach out at higher rate causing a dramatic increase of lead in the water. While this an extreme example of what can happen when things go wrong, it brings to light a very important consideration. The age of piping infrastructure with in our country.

If you look at when the majority of the piping infrastructure was placed, you quickly realize that a good portion of it is close to or already exceeded its life expectancy. In our older cities, some of the piping was placed before the Civil War. Using this as an indication, it is easy to imagine the need that we currently have and will continue to have to replace a large portion of the piping infrastructure across the country. Another consideration of this replacement is the increase in population in certain areas placing demands on an already aging system. To replace these miles of pipeline it will take a significant amount of planning and time. However, to wait until there is a failure of the system could cost significantly more than planning heading and starting the replacement process now. Not only does general overall cost of replacing the pipeline increase over time due to just general increase in costs of material and labor, but if it is in response to a pipeline break, it is now an emergent situation that requires immediate response causing overtime hours and most likely unplanned disruption to water supply to residents of the community. A pipe failure is more likely to cause a concern in relation to public health and contaminates making it into the water supply. If the pipelines were replaced in a planned fashion, this means that cost would ultimately be lower and the threat to the water supply would be less likely than not doing anything until a problem occurs.

Since the need for replacement of the pipeline is quite large and extensive, it will have significant impact on the amount residents pay for water bills each month. Unfortunately, these increases who remain for several decades. This would be due to pipes continuing to age and needing replacement. Thankfully, with the technology that we have developed currently, by replacing the pipelines, they will be able to sustain the needs of communities for years to come.

Some concerns that contribute in the concern about cost is that some areas are growing more rapidly than other and need more pipeline placed, so the cost in these areas would be higher than in areas just concerned about replacing piping. Also, smaller communities could be heavily impacted because people live farther apart from each other. This means that there are more miles of pipeline and less people. Therefore, the cost of replacing the pipeline in these areas would be increased and divided among less residents. While the cost factor of replacing pipelines is definitely something that we should be concerned about, there are a couple of other things to consider as well.

We need to look at different options in regards to reusing water and finding new ways to make water that is currently not suitable for drinking to become so. Some cities are currently taking reclaimed waste water and running it through a special sanitation process before mixing it with their normal water source (and then running the mixture through the regular sanitation process) and using that to supply water to their residents. Another use of waste water that a good portion of cities are using is taking that water and using it for irrigation or industrial uses. Other cities, that are near coastlines, are using seawater by putting it through a desalination process and using that to help augment their water supply. All of these help to conserve water as an overall whole. By doing these items and coming up with new ways to help conserve water, we will increase the amount of available water resources significantly.

Water is all around us and is essential to our ability to survive. This is why it is crucial that we do everything we can to preserve and protect our water supply, this includes replacing outdated piping before it becomes a problem and coming up with new processes to better use our current water resources. Find out more about what you can do in your area to protect your water supply!