Why is it necessary?

The Environmental Protection Agency (EPA) has been in the news lately as there has been talk of cutting funding and reducing the number of employees. This has brought the EPA to forefront for many Americans that normally wouldn’t give it a second thought. It also brings the question, why was the EPA formed? What does it do? Is it important to our future? 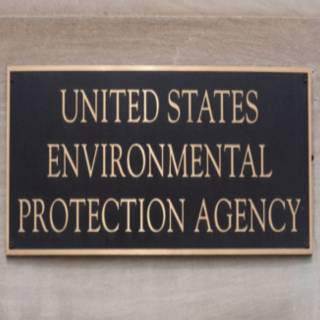 The Environmental Protection Agency was formed from an executive order from President Richard Nixon in 1970. This was in response to increasing public concern during the late 1950s and 1960s about the impact human activity was having on the environment. Congress reacted by passing the Resources & Conservation Act of 1959 with several other bills following in subsequent years. The purpose of the EPA according the executive order was to protect human health and environment (air, water, land) by writing and enforcing regulations based on the laws passed by Congress. It conducts environmental assessment, research and education while having the responsibility of maintaining and enforcing national standards for a variety of environmental laws. They also work with industries and all levels of government to encourage participation in voluntary pollution prevention programs and energy conservation efforts. So, what influence has the EPA had since it was formed?

The impact has been significant on the environment and human health. In regards to regulation of air pollution, great strides have been made. This is due to the Clean Air Act of 1970 regulating harmful air pollutants. It helped eliminate the use of lead in gasoline, which showed a 75% decrease in public lead blood levels since then. It has also helped to reduce many other toxic chemicals from the air, such as mercury, benzene, arsenic and sulfur dioxide (primary cause of acid rain). Water pollution regulation has had a substantial effect on providing better water quality. The Clean Water Act of 1972 came into law due to Cleveland’s Cuyahoga River exploding into flames from chemicals in it in June 1969. After the act, cities were no longer allowed to dump sewage directly into waterways without treatment. Prior to this it was common for bathers to be surrounded by bits of used toilet paper and algal blooms/fish kills were commonplace. The goal of the act was to make every body of water in the United States swimmable and fishable—unfortunately, we are still not there yet. Another major area that the EPA has made huge advances in is the regulation and use of pesticides. The 1962 book Silent Spring by Rachel Carson demonstrated that DDT was dangerous, which lead to public awareness (prior to the book, people would let their children play in the spray) and DDT was banned in 1972. The EPA also has addressed the use and disposal of hazardous waste. In the 1970s, hazardous chemical waste was disposed of in ordinary trash. This caused the toxic chemicals to seep into groundwater and runoff into streams. The Resource Conservation and Recovery Act (RCRA) of 1976 allows the EPA to regulate hazardous waste from the beginning to end. They have set regulations that require landfills to be lined and water leaching through them to be collected before it can contaminate drinking water. This law has led to improvements in regulating municipal waste, encouraged recycling and lead to further laws that regulate the clean-up of past dump sites. As of 2014, about half of the 1700 sites have been fully addressed (many have to monitored indefinitely). Obviously, dumping waste of whatever type in the air, water or land isn’t safe. In addition to all of the items just mentioned, the EPA has developed numerous programs, such as EPA Safer Choice, Energy Star, SmartGrowth, FIFRA (Federal Insecticide, Fungicide and Rodenticide Act), Fuel Economy, AQMG (Air Quality Modeling Group), Oil Spill Prevention, Toxic Release Inventory, WaterSense, drinking water safety/quality, NPDES (National Pollutant Discharge Elimination System, Radiation Protection–7 projects fall into this group), Tools for Schools, Environmental Education, Clean School Bus USA, Superfund Sites and many others. All of these have had positive impact in our lives and has improved the quality of the environment and human health since they have been put in place.

The EPA is also trying to extend this regulation to carbon dioxide, which is contributing to warming our planet and a major contributor to climate dysfunction. In 2015, released the Clean Power Plan which aims to reduce emissions from power plants by 32% by 2030 (comparative to 2005 levels). This would be accomplished through setting a national limit on carbon pollution. According to the Energy Information Administration (EIA), the US electric power sector using coal produced 71% of the carbon dioxide emissions in our country (2015). Of the 4 types of greenhouse gases (gases that trap heat in the atmosphere), carbon dioxide accounts for 82%; whereas, methane is 10%, nitrous oxide 5% and fluorinated gases 3%. The main concern with any of these gases is related to the concentration/abundance/amount of the gas in the atmosphere, the length of time the gases stay in the atmosphere (each one is different) and impact it has on the atmosphere (some warm the planet more than others). After reviewing the data, most of the countries throughout the world have agreed that the Clean Power Plan is a good idea, but it has still not taken affect yet because it is currently being challenged in the US Court of Appeals by numerous state attorney generals and several utilities/fossil fuel companies. (Note: US coal miners make up 0.057% of total US employment, many of them end up with life-long illnesses due to their work in the mines and the communities that surround the coal mines also have increased rates of illnesses that other non-coal mine communities do not have.)

In 2017, the current presidential administration proposed a 31% cut to the EPA’s budget. This reduces it from $8.1 billion to $5.7 billion. They also proposed to eliminate a quarter of the 15,000 jobs at the agency. In addition, they started rolling back some of the regulations that the EPA is allowed to keep track of and enforce. To hear and see these changes is disturbing. When looking at the positive impact that the EPA has had on our health and the environment since it was founded, these moves seem to signal a step backward. When looking at coal mining, we have a huge impact on the carbon dioxide emissions and if we do not make any changes, this will not only continue, but, most likely, get worse. We should be focusing on finding renewable, less toxic energy sources. Part of this process would be to train our current coal miners in these new fields in order to preserve their jobs, but in a much healthier environment. This would improve the entire country’s health and help to decrease future carbon dioxide emissions.

As a society, we need to question why is the current government and EPA administration trying to roll back regulations and decrease funding to the EPA. Whose interests are they protecting? It definitely does not seem like they have the best interests of the country at heart. We all have a role to play in protecting the environment. We only have one planet to live on and cannot afford to delay taking corrective action to improve the quality of the environment in which we live and the impacts that have on our health!