You expect your food to be safe, but it seems whenever you read the news there is some sort of food recall. Why is this happening? Is the safety of the food supply deteriorating? Are the agencies that monitor and enforce the food safety standards not doing their jobs? What can be done to decrease the volume of food recalls? 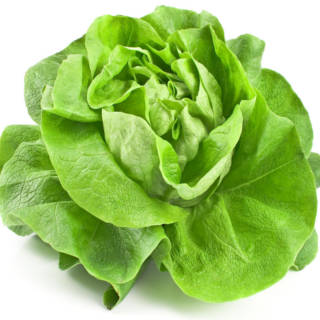 According to the US Department of Agriculture’s Economic Research Service, each American eats about 960 pounds of food a year. The Center for Disease Control (CDC) estimates that about 47.8 million Americans get sick each year from food-borne illnesses. Most of those illnesses are mild and are seldom reported, but each year about 128,000 people are hospitalized and 3,000 die from contaminated food. However, since there are over 300 million Americans, when you consider the millions of pounds of food produced and consumed each year, only a tiny percent is contaminated, therefore, recalled. Food recalls happen with there is reason to believe that a food product that was manufactured and sent out to the public is causing a safety concern because it’s defective, mislabeled, missing warning signs, improperly packaged and/or may cause illness to consumers. Typically, the entire stock of food gets recalled. Recalls are usually voluntarily done by the manufacturer or distributor after they have received complaints from consumers or when a regulating agencies requests that the food be recalled. No company wants to be associated with a foodborne illness or a death, so they are usually quick to alert the public that there is, or could be, a problem. While a recall may not be good in the short term for a company, it’s better than the alternative.

Due to the variety of reasons for food recalls, there are different classifications. Class I is for when there’s a strong chance that eating the food product would cause serious health problems or even death. Class II is for when there’s a strong chance that the food may cause illness, like stomach problems, but it’s not critical or serious. Class III is when the food probably will not cause illness, but there is a small possibility or the food is just mislabeled. Food safety in the US is regulated by several agencies, like the CDC, US Department of Agriculture (USDA), Environmental Protection Agency (EPA), Food and Drug Administration (FDA), Federal Department of Health and Human Services (DHHS), Food Safety and Inspection Service (FSIS) and state agencies in every state. The FDA oversees all food inspection programs. Meat, poultry, dairy and produce are regulated by the USDA. However, once produce is processed into something, such as apple juice or banana chips, it’s regulated by the FDA.

Did you know that 88% of food recalls are vegetables? This is because a large portion of our food supply happens to be produce. Another possible reason is conveniently packaged produce represents a greater portion of produce now than ever before and when there is a contamination, the FDA does broad recalls. Produce poses a risk for biological hazards, like listeria or salmonella, because unlike meats, it’s not always cooked before you consumed it. No one wants a warmed salad. However, despite the amount of recalls being related to produce, the single biggest reason for a recall is undeclared allergens, which is rarely found in produce. When a food product is exposed eggs, soy, peanuts or other allergens on processing equipment, it’s often recalled but that doesn’t mean it’s necessarily dangerous for the majority of people.

While thousands of food products have been recalled over the years, it seems like the frequency of them is increasing. The CDC investigated 22 outbreaks in 2018, which is the highest number in 12 years. There are several reasons that contribute to this rise in outbreaks. The path from farm to kitchen table use to be much shorter and more local than it is today. We now have access to food that at one time wasn’t available in certain seasons. This makes the path to our tables not only longer, but more complicated with plenty of opportunities for contamination. Also, in our busy society, were demanding a greater variety of easier-to-prepare and ready-to-eat foods that need to be fresh despite having a longer road to the grocery store. In order to meet this demand, food is increasingly being produced from larger, professional farms instead of the local, small farms. While this isn’t inherently any riskier, if there’s a problem the potential harm is more likely to be magnified. The other thing to keep in mind is that there hasn’t been an upsurge in food-borne contaminants, but our ability to detect them has improved significantly. The remarkable thing about bacteria is that they mutate very quickly, which makes it easy to trace their genetic fingerprint. The CDC identifies an outbreak by using public health surveillance methods, like PulseNet, which is a network of public health and food regulatory agency laboratories that upload very specific information to a database. The information that is upload are the results of blood tests done on people who have a food-borne illness and allows scientists to genetically link the pathogens to the food sources. The program enables the CDC to quickly connect hospital/medical reports of illnesses with products being tested, which makes it easier to pinpoint small-scale outbreaks that previously may not have been identified. By knowing what kind of food is responsible, it makes it possible to issue a recall for the contaminated product. The issue is that we don’t have a way to narrow down exactly where the contamination began. Did it happen in the field, packing and processing plants or grocery store? This is an active area of research. Experts are starting to use genome sequencing to identify the DNA fingerprint of the food to help determine its source. The new technology allows microbiological laboratories to detect the smallest amount of contamination in a single sample of produce. In addition, the FDA and USDA’s Microbiological Data Program have increased testing for Listeria monocytogenes. According to the FDA’s zero-tolerance policy for Listeria in ready-to-eat products, if one cell of Listeria is detected, a hold is placed on that product. Also, the CDC has also expanded how they inform the public of an investigation by posting updates on their website, Facebook and Twitter.

Despite all of these advancements, some studies found that it can take up to 10 months to pull unsafe products off grocery store shelves. The studies found that occasionally the FDA was slow to evaluate issue and even after they became aware of the problem, they didn’t dictate a timeline for each company to initiate a recall. By doing this or threatening to issue a mandatory recall, business might be inclined to take action sooner. It’s important to note that the FDA didn’t have the authority to issue mandatory recalls prior to the Food Safety Modernization Act of 2011. Despite having the power, the FDA rarely uses it. Overall, the passage of the Act has caused a shift from reacting to outbreaks to preventing them. It requires producers to have better safety measures, but further work needs to be done because we don’t have a system that allows us to trace food back every step to the farm level. Currently, companies are only required to report where they obtained a food product from and the customers for their product, not the entire distribution process. The studies also found that the FDA has frequently failed to use another tool they have at their disposal, which is making public the names of stores, restaurants, schools or other places where contaminated food was found. According to the FDA, there’s a law that states such lists are confidential commercial information. However, the USDA regularly releases that information when they issue recalls for tainted meat. In response to the studies, the FDA stated that, on average, it recalls contaminated products within four days.

While there’s no way to produce absolutely safe food, there are things that we can do to improve our current system. The FDA is working with growers on better tracking and labeling. The good news is that retailers, such as Walmart, are also on board with this process. The CDC is working with growers and distributors on labeling produce with location and harvest date as a way of informing consumers that the product is post-recall and safe to consume. As consumers, we need to be aware that the market has changed and need to start paying more attention. We have to be more diligent about cooking meat to the recommended temperatures, keeping our hands and food preparation spaces and utensils clean, refrigerating food and being careful not to not cross-contaminate raw meat and poultry with ready-to-eat food. When shopping for foods, check out the quality and sanitary conditions of the produce aisle before buying any. If you do hear about a food recall, check your pantries and fridges to see if the product at home matches the product that’s been listed as contaminated. This should be easy to do because the FDA typically provides a PCLU code. Bottom line is to not panic. Keep in mind that grocery stores and restaurants probably saw the recall notice long before you did. So, they’ve probably pulled the product from their shelves before you even knew there was an issue. Another thing to keep in mind is that thousands or even millions of people have probably eaten recall food and only a few usually get sick.

Some food for thought is that many countries don’t collect statistics about recalls and food-related illnesses. So, when these governments do issue warnings, it’s often too late. Also, in other countries, they don’t have the volume of cases like we do, because they don’t have the public health system like we have here. Since they don’t have data, no one gets upset, but people are still getting sick and dying. For them, suffering from a foodborne illness is normal and they’ve learned to live with it. While our food system is safer than most other countries, there is talk of improving it even more. The problem is that if we try to make our food even safer, it could double, if not triple, what we’re charged at supermarkets and restaurants. This would be to cover a better-trained and paid workforce, irradiation equipment and more state-of-the-art processing facilities. If farmers and factories invested in these, they would need to raise prices and that’s not something most Americans are willing to pay for. So, in general, our food supply industry doesn’t get a lot of credit for producing fairly safe food at a relatively low cost to consumers.

It’s hard to control anything 100% and nothing is 100% risk-free, so the goal of food production is to mitigate the risk as much as possible. While the system isn’t perfect, it demonstrations that our public health system and technology are working. Hopefully, it’ll force the food industry to do an even better job. The key thing to remember that as technology improves, the numbers of investigations will rise, but the quality and safety of food should too. Some resources to check for the latest recalls are: https://www.foodsafety.gov/recalls/index.html, https://www.fda.gov/Safety/Recalls/default.htm, and https://www.fsis.usda.gov/wps/portal/fsis/topics/recalls-and-public-health-alerts/current-recalls-and-alerts