How does it affect your body?

We are coming up on the “Fall Back” part of Daylight Savings Time, which for most of us this means an extra hour of sleep. As exciting as this is, the question is what happens to our bodies during this change. What happens to our bodies in the spring when move the clocks forward and lose an hour of sleep? Why was it invented and why do we still use it? 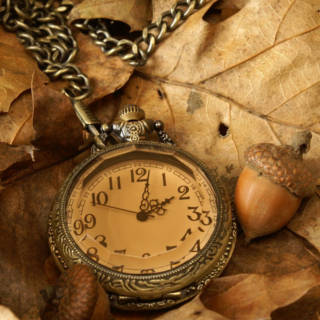 Daylight Savings Time (DST) is a seasonal time change where for part of the year, clocks are set ahead of standard time (usually by an hour). The reason behind was to match daylight hours to when people are awake, make better use of daylight and conserve energy. Currently about 40% of countries worldwide use it. DST was first introduced in Canada in 1908. However, it did not catch on until 1916 during World War I when the Germans and their allies turned their clocks ahead by an hour in hopes of minimizing the use of artificial lightning in an effort to conserve fuel for the war effort. Shortly after they implemented it, many of the other countries in Europe followed suit. The United States did not start using DST until 1918. Most countries converted back to just standard time after the war and DST did not return until World War II. The consistent use of it did not start until the energy crisis of the 1970s. Contrary to the popular belief that it was established to aid farmers in their harvesting efforts, it actually interrupts this process and many farmers do not support DST.

Light is the principal time cue for our bodies to set or reset our natural, internal body clock (circadian rhythm). By changing the clocks, it causes us to become out of sync with our current day-night cycle. Obviously, in the fall when we gain an hour of sleep, we typically benefit. The problem lies in the spring forward and losing an hour of sleep. If you think of it in terms of traveling by air and time changes, it is easy to understand the impact that it can have on your body. As with traveling, the spring forward can cause fatigue, daytime sleepiness and difficulty concentrating/remembering things. All of this are symptoms of sleep deprivation and if you already are sleep deprived prior to the time change, it will only make it worse. The general rule in travel is that it takes a day to adjust for each hour of time change. There is significant variation among individuals and there are some findings that indicate the time change can affect you for the entire week afterwards. The stress the lack of sleep places on your body has been linked to increases in heart attacks, strokes and car accidents in the first few days following the spring forward. There are some ways to combat this, such as exposing yourself to light during the day and reducing the amount of bright light at night, reduce/eliminate caffeine/alcohol, don’t exercise close to going to bed, create a nightly ritual that helps you to relax before bed, wear ear plugs/eye mask (if needed) and go to bed/rise at the same times each day. This will help to decrease the time it takes your body to make the switch and it will provide you with better overall sleeping habits.

Are there any current benefits to keeping DST? That’s debatable. Yes, it provides us with daylight during when most people are awake. This is especially true during the summer, by springing forward in April, we get to enjoy those long summer evenings. Other than that, given the advances we have made in energy production, we still need to conserve but we are currently in better place than we were during the energy crisis. Considering the determents to our health that come about by switching back and forth for DST, it doesn’t make sense to keep this process intact. Since most people enjoy and take advantage of the time during the evening when it is light, then why not keep it on the spring forward time as a permanent change. Obviously, this isn’t the current “standard time,” but it could become the new standard time!