Why is half your face drooping?

One morning while eating breakfast, you notice that half of your face feels different from the other side. By lunch time, you notice that the affected side is drooping and you’re having trouble closing your eyelid on that side. Are you having a stroke? Or is it something else? How do you get rid of it? 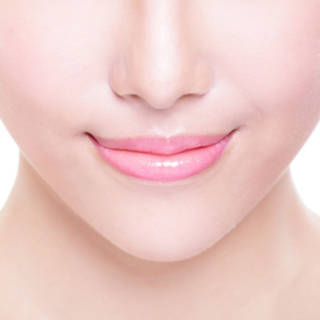 Bell’s palsy is when you have sudden weakness in your facial muscles that cause half your face to appear to droop making your smile look one-sided and your eye on the affected side resistant to closing. The exact cause is unknown, which is why it’s also called acute peripheral facial palsy of unknown cause. Typically, Bell’s palsy occurs after a viral infection, so there is some thought among doctors that this contributes to the development of it. Viral infections that have been associated with the disorder include cold sores/genital herpes (herpes simplex), chickenpox/shingles (herpes zoster), infectious mononucleosis (Epstein-Barr), respiratory illnesses (adenovirus), German measles (rubella), mumps (mumps virus), flu (influenza B), hand-foot-mouth disease (coxsackievirus) and cytomegalovirus infections. It’s thought that the viruses cause inflammation to the nerve that controls your facial muscles. Since this nerve goes through a narrow space of bone on its way to your face, when it’s swollen, it puts pressure on it causing the symptoms of Bell’s palsy. In addition to your facial muscles, this nerve affects tears, salvia, taste and the small bone in the middle of your ear.

Symptoms are rapid onset of mild weakness to full paralysis of one side of the face (this usually occurs withing a few hours to a few days), facial drooping, difficulty making expressions (ex. smiling or closing the affected eye), drooling, pain around the jaw, pain in/behind the ear on the affected side, headache, loss of taste, increased sensitivity to sound in affected ear and changes to the amount of salvia/tears your body produces. Typically, symptoms are temporary with the majority of people who have mild cases seeing improvements within the first few weeks and a complete recovery in roughly six months. Only a small number of people have symptoms for the rest of their lives. In rare cases, it can recur or affect both sides of your face at the same time. If you have a severe case where you have total paralysis of your face on the affected side, you are at greater risk of having complications, such as irreversible damage to your facial nerve, partial/complete blindness of the affected eye as a result of it becoming dry and the cornea becoming scratched or abnormal regrowth of nerve fibers (this can cause involuntary contraction of some muscles in your face when you’re actually trying to move others).

Bell’s palsy can at occur at any age, so this isn’t a risk factor. However, other things are, such as being pregnant, especially during the third trimester or the first few weeks after giving birth. This is thought to contribute to the development of the disorder due to the physiological changes that happen during pregnancy that increase fluid volume within the mother’s body that often results in swelling. Some other risk factors are having upper respiratory infections or having diabetes. If you have a family history of recurrent Bell’s palsy attacks, then you’re at a higher risk of having them yourself. 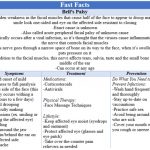 Since Bell’s palsy symptoms are very similar to signs of a stroke, it’s vital to been seen by a doctor immediately upon noticing them. While there isn’t a specific test for Bell’s palsy, a doctor can rule out if you’re having a stroke, which is crucial since if a stroke is left untreated it can have serious consequences. Once it’s determined that you have Bell’s palsy, your doctor will go over possible treatment options. It’s important to note that the majority of people fully recover without any treatment.

The main two treatments available for Bell’s palsy are medications and physical therapy. The most common medications used are anti-inflammatories, like corticosteroids, to reduce the swelling of the facial nerve. In order for them to work best, they need to be started withing the first few days of the symptoms starting. Another group of medications that are used occasionally are antivirals. However, the evidence as far as their effectiveness is mixed. Paralyzed muscles can shrink and shorten due to the lack of use, which can result in permanent contractures. Physical therapy will teach you how to massage your facial muscles to prevent this from happening.

There are things that you can do at home to help. One of the most important is to protect your eye on the affected side in order to reduce the chances of going blind. To keep your eye moist, it’s important to use lubricating eyedrops during the day and eye ointment at night. Also, wear glasses during the day and an eye patch at night so your eye doesn’t get scratched. If you’re having pain, taking over-the-counter pain relievers, such as aspirin, ibuprofen or acetaminophen, can help.

In the past surgery was performed to relieve the pressure on the nerve by increasing the space within the bony passage. This was known as decompression surgery. This is no longer recommended because the procedure often resulted in injury to the facial nerve and permanent hearing loss. If you have long lasting facial nerve issues, you may need plastic surgery to help your face look more even and reestablish more normal facial movements.

Unfortunately, there isn’t much you can do to directly prevent Bell’s palsy from occurring. One of the key things is to reduce the chances of having a viral infection that could precipitate it. This means doing what you should be doing to prevent all infections, practicing good hygiene. The best way to do this is by washing your hands frequently and using proper handwashing techniques. It’s also vital to be up-to-date on your vaccinations and practice safe sex. Avoid being around people who are sick. If you’re sick, be sure to cover your mouth when you cough or sneeze in order to protect others.

Bell’s palsy can be very frightening to experience when it first appears. The good news is that it’s usually temporary and you will recover. If you have any questions or concerns about Bell’s palsy, please speak with your doctor. If you would like more information, please visit the MedlinePlus’s Bell’s palsy page at https://medlineplus.gov/bellspalsy.html