Why don’t some of them work anymore?

Antibiotics have been proven to be life saving since their discovery. In recent years, some of them are unable to treat the infections they were designed to. Why is this happening? Can’t we just make newer, better antibiotics? 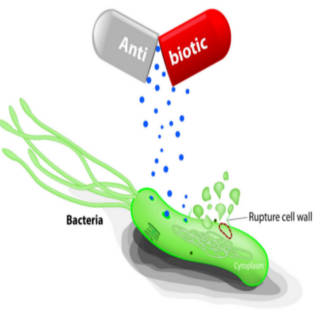 Antibiotics are used to treat infections that are caused by bacteria. Since the majority of infections that humans are affected by are caused by bacteria, the use of antibiotics has significantly improved our ability to survive. There are numerous substances that come from microorganisms and help control the growth of or kill bacteria (some are other types of bacteria). Antibiotics can be classified in a few ways. The first is the spectrum of bacteria they treat. This is usually described as broad or narrow. The second is how are the antibiotics administered. This is usually done via a pill or tablet that is taken orally or by injection either via a needle into the muscle or an intravenous (IV) catheter placed in a vein. The third way antibiotics are classified are by their chemical structure. This means that they have a similar level of effectiveness, toxicity level and side-effects as others in the same grouping. The fourth classification method is based off of how they get rid of the bacteria. There are two types: bactericidal and bacteriostatic. Bactericidal kill the bacteria by one of a few methods, but the most common is to rupture the cell wall of the bacteria. Some examples are penicillin, daptomycin, fluoroquinolones, metronidazole, nitrofurantoin and contrimoxazole. Bacteriostatic stop the growth of bacteria. Some examples of these are tetracyclines, sulphonamides, spectinomycin, trimethoprim, chloramphenicol, macrolides and lincosamides. While initially the majority of antibiotics that were made from naturally occurring substances, currently most are synthetic. While this means they are made in laboratories, they are chemically related to natural antibiotics.

Many historic cultures, such as the Ancient Greeks and Native Americans, knew that certain plants and molds could be used to treat infections. However, it wasn’t until the 1870s that there was breakthrough in understanding that certain organisms, molds and fungus, were better at killing bacteria. Also, it was during this time that Louis Pasteur (who invented the process of pasteurization—heating liquids to kill bacteria) suggested that some bacteria could kill other bacteria. A more thorough understanding of how certain substances where able to stop bacteria was provided by Sir Alexander Fleming when he discovered the enzyme, lysozyme, and how it was a key component in the antibiotic substance, which he named penicillin, of the fungus Penicillium notatum in 1928. In the 1930s, the first antibacterial medications for humans were prescribed. By the 1940s and 1950s, there were several different types of antibacterial organisms that had been discovered. The term “antibiotics” was first used in 1942. With the invention of antibiotics, there was a significant improvement in the way that diseases, especially syphilis, gangrene and tuberculosis, were treated. Overall, life expectancy increased by eight years during 1944-1972 due to the use of antibiotics.

However, by the 1950s, there was evidence that bacteria were becoming resistant to antibiotics. This was mainly due to the process of evolution. Bacteria has survived on Earth for millions of years due to its ability to adapt. Initially, these resistances weren’t a concern because new antibiotics were being created all the time. However, by the end of the 1960s, there were no new classes of antibiotics being developed. From that time until 1999 when a new class of antibiotics (oxazolidinones) were made, bacteria have continued to evolve and become more resistant to antibiotics. While bacteria are resilient enough on their own, we have helped haste this process of resistance.

There are several factors that have contributed to the increase in resistance. The main problem is the overuse of antibiotics. Most people when they are sick and go to the doctor, they have come to expect the doctor to write a prescription for antibiotic in order for them to feel better. If not given a prescription, most people get upset and feel that the doctor is not taking care of them. This has lead to doctors prescribing antibiotics for people who don’t actually need them because their illness isn’t caused by bacteria. Antibiotics are only effective against bacteria. They will not treat viruses, which will resolve on their own without any treatment. (Note: To treat viruses, the best thing to treat are the symptoms that you are feeling with medication that is designed to provide relief from those symptoms…antibiotics will not provide this relief for viral infections.) By not testing for the presence of bacteria and just prescribing antibiotics, this contributes to the overuse problem. It also means that it is common for the incorrect antibiotic is prescribed to treat a bacterial infection if you have one. The other major problem is when patients do not take the full antibiotic course that is prescribed to them. By not finishing all of the pills (even if you start feeling better), a few bacteria survive long enough to become resistant to that antibiotic and before your body gets rid of them completely, it mutates to resist the antibiotic and spreads to other people. An area of concern is the prophylactic use of antibiotics for animals that end up in our food supply because, ultimately, we ingest some of them. This is similar to not finishing an antibiotic prescription because the bacteria are able to form resistance to the antibiotic and this affects the ability of antibiotics working when that particular bacteria causes an infection in humans. Another area of concern regarding prophylactic antibiotics is how often they are used for people who are traveling. Once again, it is the exposure of bacteria to antibiotics that don’t get eliminated and this causes them to become stronger. According to the Center for Disease Control (CDC), almost 50% of the antibiotics that are prescribed are not needed, the incorrect dose or incorrect duration. When you consider this fact, it is no wonder that so many bacteria have become resistant to antibiotics.

The severity of problem is definitely concerning because with more bacteria become resistant, then there is nothing to treat these mutated bacteria and more people will die. The latest numbers from the CDC estimate that nearly 2 million Americans a year are infected with bacteria that is resistant to antibiotics with 23,000 of these people dying. The CDC has a list of 18 types of drug-resistant bacteria that are on a watch list. This is divided into 3 sections: urgent, serious and concerning. Urgent are those that have the most likely potential of becoming a widespread issue and immediate action should be taken by individuals and healthcare professional to identify and treat the infections to reduce the chances of transmission. The three bacteria currently in this section are Clostridium difficile (CDiff), carbapenem-resistant Enterobacteriaceae (CRE) and Neisseria gonorrhoeae. Serious are not considered an immediate public danger but could be elevated to the level of urgent if not monitored adequately and prevention techniques are not used. The bacteria that are in this group are multidrug-resistant Acinetobacter, drug-resistant Campylobacter, fluconazole-resistant Candida, extended spectrum Enterobacteriaceae (ESBL), vancomycin-resistant Enterococcus (VRE), multidrug-resistant Pseudomonas aeruginosa, drug-resistant non-typhoidal Salmonella, drug-resistant Salmonella serotype typhi, drug-resistant Shigella, methicillin-resistant Staphylococcus aureus (MRSA), drug-resistant Streptococcus pneumoniae and drug-resistant tuberculosis. Concerning are bacteria the currently have multiple treatment options but can cause severe illness. These need to be monitored because they can cause rapid outbreaks that require immediate response. The bacteria in this group are vancomycin-resistant Staphylococcus aureus (VRSA), erythromycin-resistant Group A Streptococcus and clindamycin-resistant Group B Streptococcus. Obviously, the goal is to prevent mass infections of these bacteria due to the level of difficulty in treating them.

The prevention of the spread, and creation of new types, of drug-resistant bacteria is the goal. There are several ways that this can be accomplished. The first, and most important, is to not use antibiotics unless they are absolutely necessary. If your doctor doesn’t prescribe them when you are sick, don’t demand that they do. Instead, ask them what they recommend to treat the symptoms that you are having. Also, if the doctor does prescribe antibiotics, be sure to ask if they are truly necessary. If antibiotics are needed, it is key to make sure that the correct dose and duration is used to adequately treat the infection. If you are taking antibiotics, it is essential that you finish all of the pills even if you start feeling better. The next best thing that you can do is prevent yourself from becoming sick, thus eliminating the need to worry about using antibiotics. The best way to do this is with frequent, proper handwashing. It is a good idea to stay up to date on vaccinations, especially if you are traveling, in order to help decrease your chances of contracting an infection. By making sure that food and water are handled and cooked properly, it reduces the likelihood of bacteria being able to contaminate them, which could make you sick. Another component is to take steps to prevent the spread of infections, especially sexually transmitted diseases. By following all of these steps, it will only improve the chances that we have at combating drug-resistant bacteria.

Antibiotics are an amazing tool that help us fight bacterial infections. Without their invention, we, as a global community, would have lost a significant number of people. Since bacteria has the ability to adapt and overcome antibiotics’ capacity to destroy them, we need to do all that we can to slow this process and find ways to stop it. If we don’t we will end up in a situation where will not be able to treat bacterial infections because we don’t have a way to do so. This would basically send us back in time to when we didn’t have antibiotics as a weapon against bacteria. It might not seem like much, but every person plays a role in this process of tackling the issue of drug-resistant bacteria.