What health impacts do they have?

When natural disasters occur, they present many challenges. Some of the significant concerns are loss of electricity, damage to houses, or harm to people. Physical injury is the primary worry immediately. However, other health issues can arise, not only in the short term but over the long term. What are these? What can you do to prevent them? 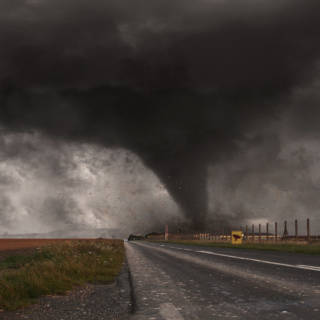 Every year, natural disasters affect the lives of billions of people. Between 2003 and 2012, they killed an average of 106,654 people each year worldwide. This doesn’t factor in all of the other people impacted by these events. In the United States, an estimated 13 – 19% of adults have reported having experienced a disaster in their lifetime. In 2017, natural disasters caused damage worth at least $306 billion. According to the National Oceanic and Atmospheric Administration (NOAA), it was the costliest year on record with 16 separate events and the damage for each exceeding $1 billion. Some sources consider NOAA’s estimate to be conservative and that more accurate estimates indicate the damage was more than $400 billion. Over the last several decades, natural disasters are increasing in frequency, likely due to climate change.

Communities that suffer from natural disasters also suffer from the side effects of the disaster long after the actual event and the aid stops. This is true even if the population has been evacuated in time and there were no (or very few) casualties. Most people are familiar with the immediate responses to natural disasters. This is usually what’s seen on TV. A variety of emergency interventions are implemented to stabilize the population that was affected the most. This is called the emergency phase and is all about rescue and recovery. During this phase, communities often need certain things, like clean water, food, temporary shelter, and health services for traumatic injuries or sudden illnesses. The redevelopment phase is the second phase and is how communities put themselves together. It’s during this phase that less immediate, and in some cases less obvious, health conditions are addressed. In general, health concerns after natural disasters are divided into three major groups.

1) Physical Safety Risks
When people return home after a disaster, their health and safety may be compromised by unsanitary and hazardous living conditions. This can include debris, ruptured gas lines, stagnant water, floodwater, mold growth, and vermin infestation. Debris can contain sharp objects that can easily cut someone. Part of the issue with structural damage is that it can release lead dust and asbestos fibers. If inhaled or ingested, these microscopic toxins can cause respiratory problems and long-lasting health issues. Ruptured gas lines can cause a fire if someone uses a lighter or matches to start a fire or a candle. Stagnant water and floodwater can contain bacteria. So, if you encounter it or touch anything that has, you’re at risk of being exposed. Another issue that water cause is mold, which can start growing within 48 hours and spread very quickly in a humid environment. It can trigger various allergy symptoms and other serious health issues, such as headaches, dizziness, respiratory problems, sinus infections, eye irritations, or rashes. Also, it can aggravate conditions, such as asthma or chronic obstructive pulmonary disease.

2) Communicable Diseases
Communicable diseases spread more quickly and more easily after natural disasters for a variety of reasons. The shortage of fresh food, which is common in post-disaster periods, results in malnutrition that weakens the immune systems of those in the affected area. Add to that hygienic problems, such as damage to the water supply and sanitation systems. Water-borne diseases spread quickly and easily. Also, dangerous chemicals can easily seep into the water. Another common result of a natural disaster is people cluster together, either waiting in supply lines or living in crowded conditions at shelters, emergency camps, or consolidating into undamaged homes. When people are crammed into a small space, germs, like viruses and bacteria, can be passed from one person to another very quickly. While some find it gruesome and upsetting, it’s important to note that dead bodies due to a natural disaster pose a minimal risk of disease.

3) Mental Health Problems
Not surprisingly, many people suffer from grief, shock, anxiety, or depression after a natural disaster. This can be caused by the ensuing chaos/confusion, the loss of loved ones, the loss of material goods, and the disrupted daily routine. Mental health problems become more apparent as time goes on. They’re ranked as one of the most widespread long-term effects of natural disasters. Their prevalence varies greatly depending on the scale of the disaster, degree of the person’s exposure, timing, and methods. The majority of a population will suffer from grief and shock following the event. That’s normal. Mental health issues seem to arise when people fail to return to normalcy. That’s a sign the individual is beginning to experience post-traumatic stress disorder. Therefore, health professionals urge people in natural disaster-ridden communities to return to their daily routines as soon as possible.

Healthcare After a Natural Disaster

On a regular day, hospitals are chaotic. When a natural disaster hits, occupancy rates and the stress levels of healthcare workers are pushed to the limit. Since many hospitals already function at near or maximum capacity, the burden of more patients that come with a natural disaster can be catastrophic. Besides facilities being damaged, valuable equipment and medicines can be lost. There are only so many resources to go around. An added problem is damaged or destroyed medical facilities because this prevents timely receipt of emergency medical care.

A different aspect of the healthcare issues in a natural disaster is that people may not be able to access essential medications. In some cases, particularly if in a rush to evacuate, people leave medications behind, or maybe pharmacies are closed after the event. Regardless of how they end up without their medications, these individuals can have exacerbations of chronic diseases, leading to increased hospitalization rates, further overloading the system.

Social factors contribute to long-term problems with healthcare services after natural disasters. Natural disasters often create a large migrant population, called climate refugees or environmental migrants. This is usually the result of the area where they formerly lived no longer being habitable, or the standard of living has dropped so drastically that migration looks more promising. By the end of the century, it’s predicted that there’ll be 2 billion climate refugees and environmental migrants. By 2100, the global population is projected to be around 11 billion, which means that is almost 1/5 of the people will be climate refugees.

The problem with having this population shift is that it diminishes the incentive and resources to rebuild the community and healthcare system affected by the disaster. When this happens, many medical professionals eventually leave the disaster area, leaving behind fewer personnel to provide care. Also, as people migrate, they travel to places that may be inadequately structured to handle their health concerns and overwhelm existing healthcare systems and resources in those areas. Another problem is that when large groups of people are displaced, diseases can spread with them to locations and populations outside of the immediate disaster zone.

What Can You Do?

If you’re unfortunate enough to be in a natural disaster, there are some things that you can do to avoid injuries and health problems in the aftermath. The first is not to return home until authorities declare that it’s safe.

Once you’re at home, if you smell gas, don’t go inside, open all doors and windows (if you can do so from outside), and call the gas company right away. For this reason, don’t use matches, candles, or lighters when you enter your home. Instead, use a flashlight. Also, until you’re sure that your home’s electrical system isn’t damaged, don’t use the lights or any electrical equipment. It’s a good idea to have household appliances and electrical devices serviced and sanitized before using them, including the heating and cooling system. To prevent mold and mildew from growing, open doors and windows to ventilate the space and run fans and dehumidifiers in the rooms. If you do have mold, ensure quick and efficient removal by hiring professional mold remediation services because you’ll be less likely to get sick.

When removing debris and waste, it’s essential to do so safely and appropriately. This means wearing protective gear, like sturdy, waterproof boots, rubber gloves, goggles, and a face mask. It’s vital to rinse all hard surfaces, then scrub them with a heavy-duty cleaner and hot water. You can use a solution of chlorine bleach and water for better disinfection. Just remember never to mix bleach and ammonia because they can produce toxic fumes. Any material items, like carpets, area rugs, mattresses, and upholsteries, that have been contaminated by sewage or been underwater for more than 24 hours should be discarded.

When it comes to disease prevention, be sure to keep children and pets away from pools of stagnant water and areas of the home that have not been sanitized and secured. Also, throw away food and beverages that have been in contact with floodwater, smell bad or look bad. Boil drinking water until authorities tell you that it’s okay not to. Remember to use insect repellents to avoid vector-borne illnesses and stay away from wild or stray animals. It’s vital to you’re your hands or use alcohol-based hand sanitizer to prevent the spread of germs.

Local and state health departments can access specific resources for more effective disaster recovery through the Federal Emergency Management Agency (FEMA). The agency has developed a thorough Community Recovery Management Toolkit that provides guidance, tools, and training for local communities to speed the progress of post-disaster recovery. It divides efforts into three steps: organization, recovery planning, and recovery management. The first two take place before an event, while the last takes place during and after.

Another avenue communities should consider is creating a healthcare coalition, which is a group of state, local, and hospital-based administrators who work together to think critically about preparedness and what they can do to pool resources in a time of disaster. The goal is to build relationships that can be leveraged during emergencies. In fact, many coalitions now recognize that a situation doesn’t have to be catastrophic to share information and resources to meet community needs. One consideration that should be addressed as part of the coalition is to screen for and focus on the stresses that healthcare providers may experience. Healthcare providers are patient-first focused, but they need to be cared for to provide the best care.

Natural disasters are brief, large-scale events that disrupt communities and cause death and destruction. Unfortunately, the health impacts following can be long-term and debilitating. Public health initiatives need to focus not only on the immediate needs but these long-term effects. For each of us individually, awareness is the key. By understanding the potential risks, you can help you, your family and your community be better prepared and recover quickly.